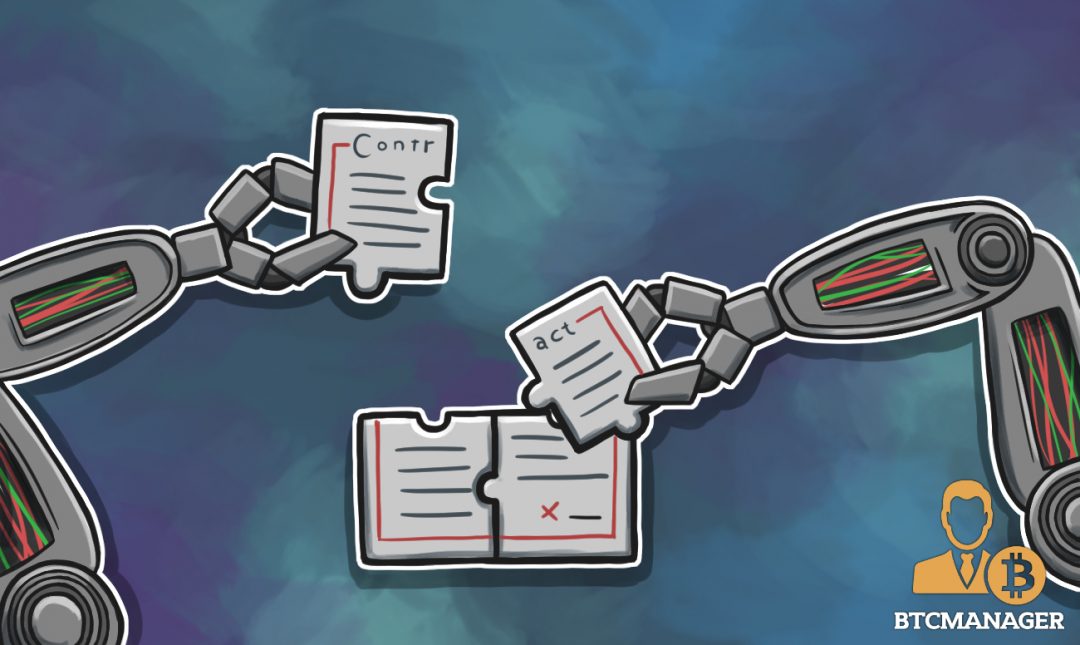 Professor Philip Treleaven and his renowned financial computer science team at University College London are working on a new project that involves automating financial regulation through the application of blockchain-based smart contract technology.

Treleaven and his team are assembling several technology-related components to create what Treleaven has coined core “regtech,” which enables the automation of financial regulation processes such as filing for FCA approval for a banking license.

The new solution is composed of five parts:

One of the first use cases Professor Treleaven and his team are targeting is the FCA registration process for companies that require regulatory approval to conduct financial services-related business in the UK.

The current process to receive FCA authorized status is lengthy, costly and involves a lot of engagement between FCA staff and applicant firms. This is made worse by the fact that the FCA now deals with almost twice as many financial services firms than previously, while still having roughly the same amount of staff as before. That is one of the reasons why automating regulatory approval process would be a create cost-saver and make the entire process more efficient and quicker.

“So we are trying to build a front end to the FCA Handbook that basically will interact with the registrant and try and fill in the forms for them; and then you can just give this to a specialist lawyer who can say: ‘this is correct; this is wrong,’” Treleaven said.

Another important area that Treleaven highlights is the deployment of new regulations. He believes that new regulations should first be tested in a simulation before it is put into place in the marketplace as opposed to imposing new rules that are entirely untested.

He also believes that screening individual’s social media accounts for potential market abuse should be part of the FCA’s arsenal: “The other great challenge, which isn’t really discussed, is using some sort of behavior analytics to try and encourage people to behave well.”

Treleaven also believes that the UK needs to invest more in this field. According to him, the FCA’s counterparts in Singapore and Hong Kong, the MAS (Monetary Authority of Singapore) and the SFC (Securities and Futures Commission) are viewing regtech as an important economic driver into which they are investing in heavily:

“You’ve got the Asians who are saying, this can give us an economic advantage, so we will pump huge amounts of money into experimentation, and certainly MAS in Singapore are really gung-ho about what they are doing.”

He also believes that the US and the European Union are not doing enough in this space to keep up with regtech innovation coming out of Asia, despite this being an important area not only for the financial markets but for a country’s economy as a whole.

Professor Treleaven and his team have looked into the different ways they can codify financial regulation using a blockchain-based smart contract to automate regulatory processes, especially in relation to what programming language is most suited for this task.

Treleaven is opting for a “multi-paradigm” declarative subset of the programming language Python that allows developers to use the features of both functional, declarative languages and object-oriented languages:

“It turns out programming in a declarative subset of Python brings quite a few benefits. From a mathematical viewpoint, this includes formal provability, modularity, composability, and ease of debugging and testing, whereas pragmatically, the benefits consist of the wealth of associated code and seamless analytics.”

The new project the team is working on focuses on one of the hottest topics in financial services since the global financial crisis of 2008, financial regulation. Since the financial crisis, regulators across the globe have imposed stricter capital adequacy requirements for banks and imposed new restrictions to the amount of risk financial institutions may take. Financial institutions have invested heavily in AML and compliance departments as well as new systems To comply with these and a range of other new regulations.