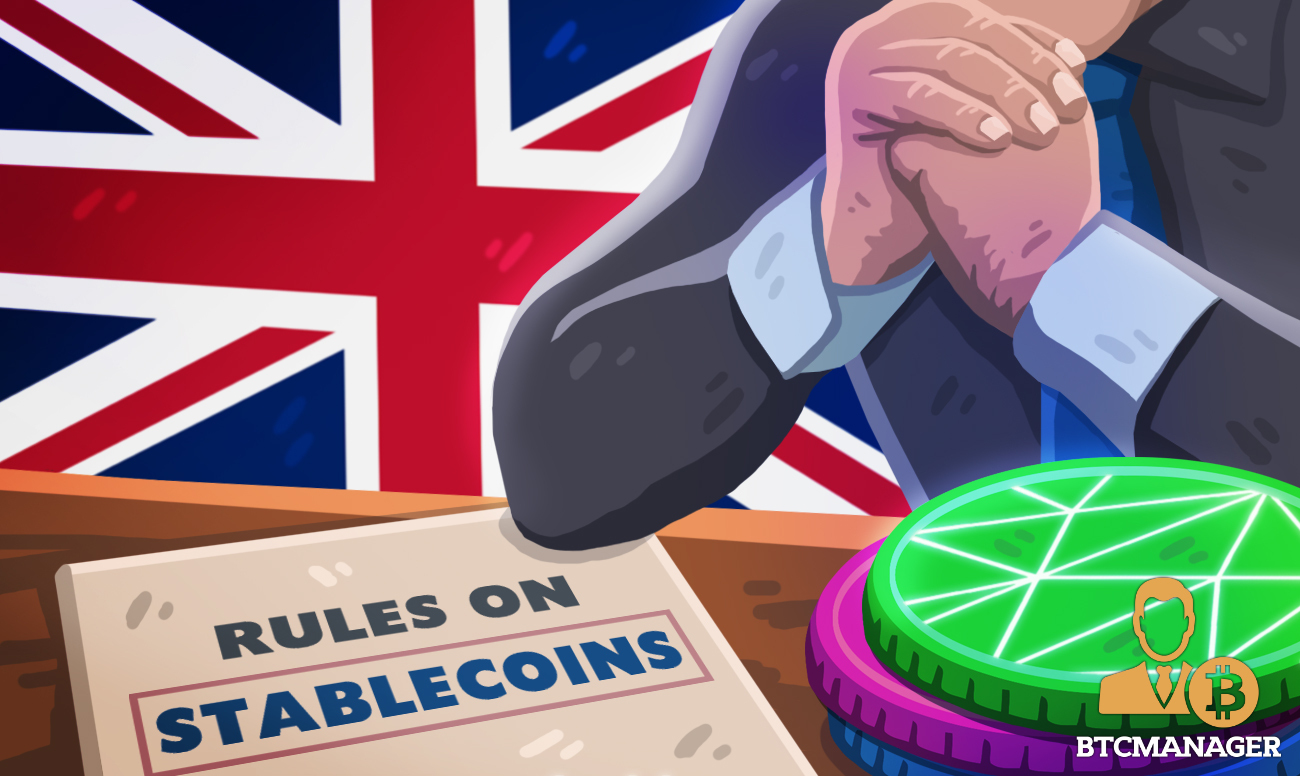 A British government official stated that Britain’s primary focus would be to regulate stablecoins, rather than the extensive cryptocurrency market.

According to Reuters on Tuesday (Mar. 30, 2021), Britain’s Economic Secretary to the Treasury, John Glen, made the statement while speaking at a City and Financial conference. Glen’s call for stablecoin regulation stems from the fact that the minister believes stablecoins are a threat to competition.

The British minister also noted that stablecoins have grown to become the “largest component of cryptocurrencies by trading volume.” However, while no major company was yet to issue a stablecoin, the story could change overnight.

An excerpt from Glen’s statement reads:

“There is the potential for some firms to swiftly achieve dominance and crowd out other players, due to their ability to scale and plug into existing online services.”

Social media giant Facebook made headlines back in 2019 when it announced that it was planning to launch Libra. However, governments and regulators globally kicked against the project, stating that it could threaten the financial stability of sovereign countries.

After receiving lots of regulatory backlash, the team behind Libra changed the project’s whitepater. In a bid to further appease regulators, the Libra name was rebranded to Diem in December 2020. Prior to the name change, a dollar-pegged stablecoin was supposed to launch in early Q1 2021.

Unlike other jurisdictions who are looking to introduce or already have laid down regulations for the crypto industry, Glen thinks otherwise. According to the British government official, there is no immediate need to regulate the general cryptocurrency sector.

Glen, however, seems to favor blockchain technology, stating that Britain would encourage the use of distributed ledger technology (DLT).

Meanwhile, the Financial Conduct Authority (FCA) said that it was not possible to use the current rules on electronic money to regulate stablecojns. According to the FCA’s head of consumer distribution policy, Alex Roy, “the e-money regime isn’t a perfect match for crypto.”

Prior to Glen’s statement, the UK authorities have been making plans to i[wpstatistics stat=usersonline]ntroduce a regulatory framework for stablecoins. As reported by BTCManager back in November, the UK government opined that stablecoins made payments faster and cheaper.

Recently, the Bank of Thailand (BOT) said is consulting with market regulators and participants before issuing regulations for stablecoins in 2021.