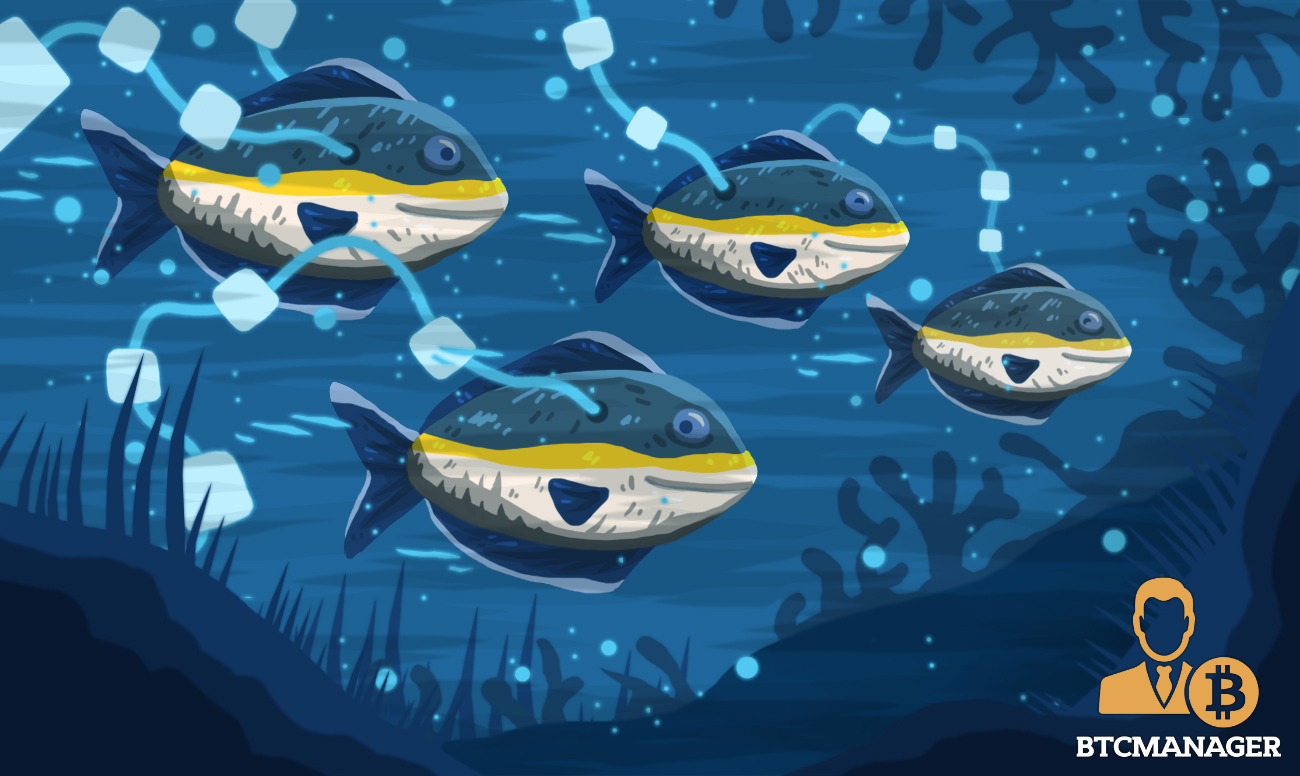 Bumble Bee, a popular US-based seafood company, is using the blockchain technology to track the origins and quality of their products. The company implemented the technology to its fair trade tuna to allow consumers to trace the origins of the product they are buying, as noted by Fortune on March 8, 2019.

Using the Blockchain to Certify Products

One of North America’s largest food suppliers has recently joined the blockchain revolution by entering a program where blockchain technology is used to trace yellowfin tuna. The purpose of the program is to help certify the lengthy industrial process from the time of the catch to its storage, and up to the moment it reaches the consumer.

The process will ensure that the fish is correctly labeled and allow end consumer to check for the authenticity of its origins. Bumble Bee has been running the program on its fair trade-certified frozen tuna brand, Natural Blue by Anova for a month now. The tuna sourced by the company comes from fishing operations based around the East Indonesian islands and will be distributed to stores in the U.S. in the coming weeks.

“We’ve been doing traceability for a long time and we decided to leverage new technologies to make it even more secure. Quite frankly, we’re just scratching the surface on the capabilities of the technology in our supply chain.”

Misclassification and fraud are the main problems that Bumble Bee is trying to tackle in the seafood industry by introducing blockchain. According to a study published by Oceana, a nonprofit focused on marine conservation, around one-in-five fish tested by the organization was misclassified.

Bumble Bee’s implementation allows consumers to track and learn about each product. This means they will be able to check where the product’s origins, in which community it was caught, its size and weight, and even consult the process to which it was certified as fair trade.

The process is simple. All consumers have to do is scan a QR code on the 12-ounce bags of ahi tuna steaks and they will have access to all the relevant product information.

According to Costa, this is just the beginning as the company has plans pursue a blockchain-based system for several other product lines including Wild Selections, Snow’s, Beach Cliff, Brunswick and, in Canada, Clover Leaf.

“We have some goals starting in 2019 to start migrating all Bumble Bee branded products.”

In terms of blockchain software development, the company opted for an SAP product.  SAP is a German software maker which developed the service on top of a privately distributed ledger, called “multichain,” developed by Coin Sciences, a UK-based startup.

The seafood industry supply chain typically involves many intermediaries in the process. This happens from food processors to safety inspectors and from customs agents to grocery stores. SAP’s system uses blockchain technology to let all parties involved, keep track of the whole process.

Bumble Bee is not the pioneer in the food industry to use the technology to streamline its supply chain, however. Two other startups have also trialed the blockchain to keep track of their product. These include Viant and UK-based Provenance which ran tests last year.

Walmart has also shown interest in the technology and already requested its suppliers to use a blockchain to trace fresh vegetables.