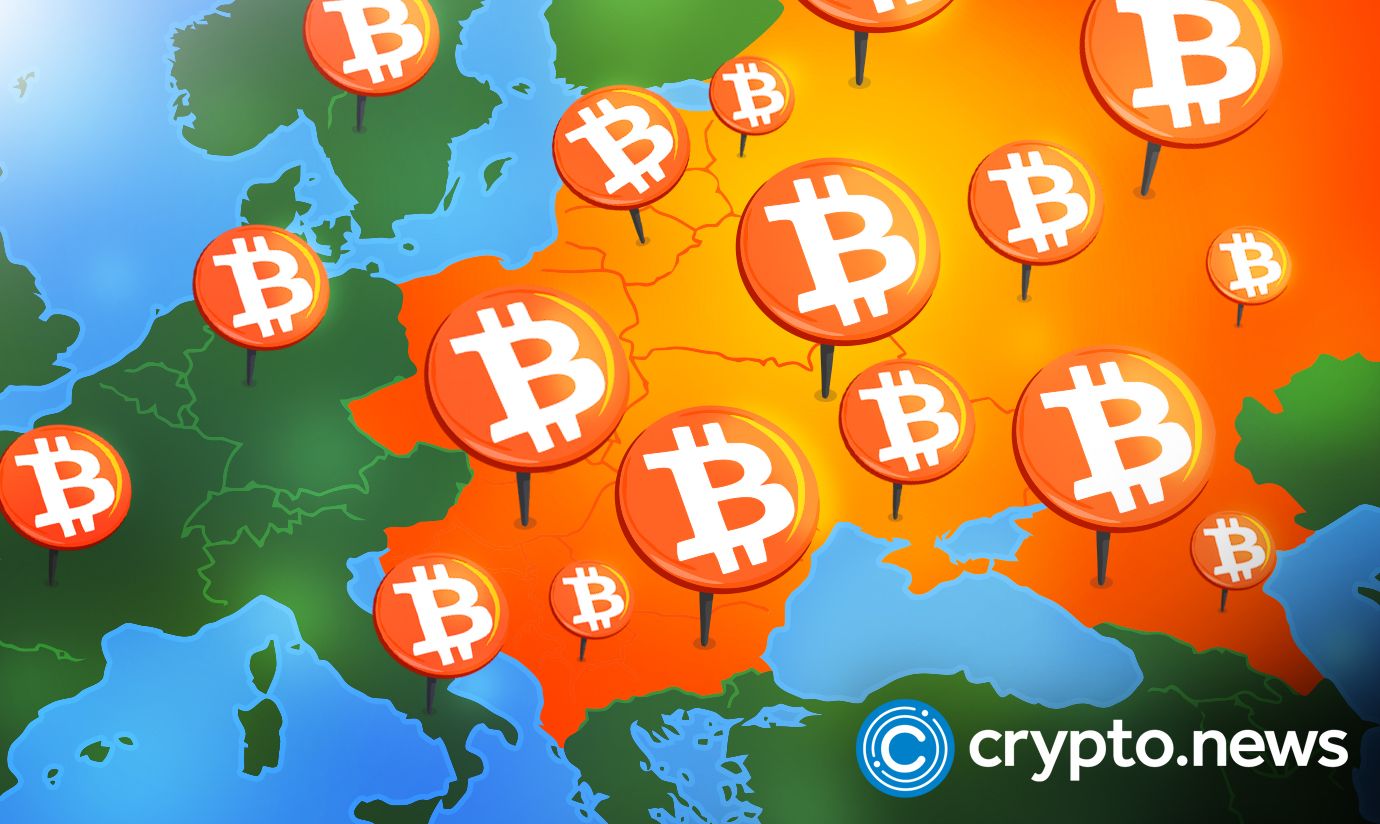 Chainalysis data revealed that Eastern Europe has seen a massive hike in cryptocurrency adoption since February 2022, especially in sanctioned areas alongside hacks.

According to data released by Chainalysis, the use of cryptocurrencies increased sharply in Eastern Europe. Risky and illegal activities are still dominant in Eastern Europe’s on-chain activities. High-risk exchanges – those with no or limited KYC requirements – account for 6.1% of transaction activity in the region, while the next-closest region accounts for only 1.2%.

The on-chain data analysis organization has also found out that October 2022 is now the biggest month in the biggest year ever for hacking activity. So far this month hackers have made away with around $718M from across 11 DeFi protocols.

The Central Bank ensured the embargo upon the introduction of martial law in the country, causing a massive shift from fiat to digital assets by Ukrainian citizens.

“Due to the introduction of martial law in Ukraine, the Ukrainian Central Bank imposed restrictions on currency cash transactions, such as buying dollars or euros.”

On the same note, Dmytrenko Tatiana thought that Ukrainian citizens may have opted to swap their Hryvnia fiat for digital assets such as Bitcoin and the smart contracting platform’s crypto, Ethereum.

Chainalysis also interviews a regional money laundering expert in Russia who opted to remain anonymous. The expert stated that, upon the onset of the war, many Russians had one goal: to get their money out of Russian currency.

“The major question not just for oligarchs but also ordinary Russians became, ‘How do you get money out of Russia? Many began looking for new places where they could cash out their crypto.”

The expert also mentioned that the safe countries Russians could rely on were the United Arab Emirates and Turkey. The two countries have proven to be reliable in the past.

As part of the adoption process, Russia reportedly plans to commence offering electricity to miners in Kazakhstan. The miners will purchase electricity directly from Russia to provide additional energy required for the operation of the cryptocurrency mining firms.

Russia had previously come out as an Anti-Crypto nation in May 2020. The country’s administration imposed crypto violation punishments in May of 2020, including a $28,000 fine and a 7-year jail term. It has then overridden these rules in the past 12 months in a very distinctive way.