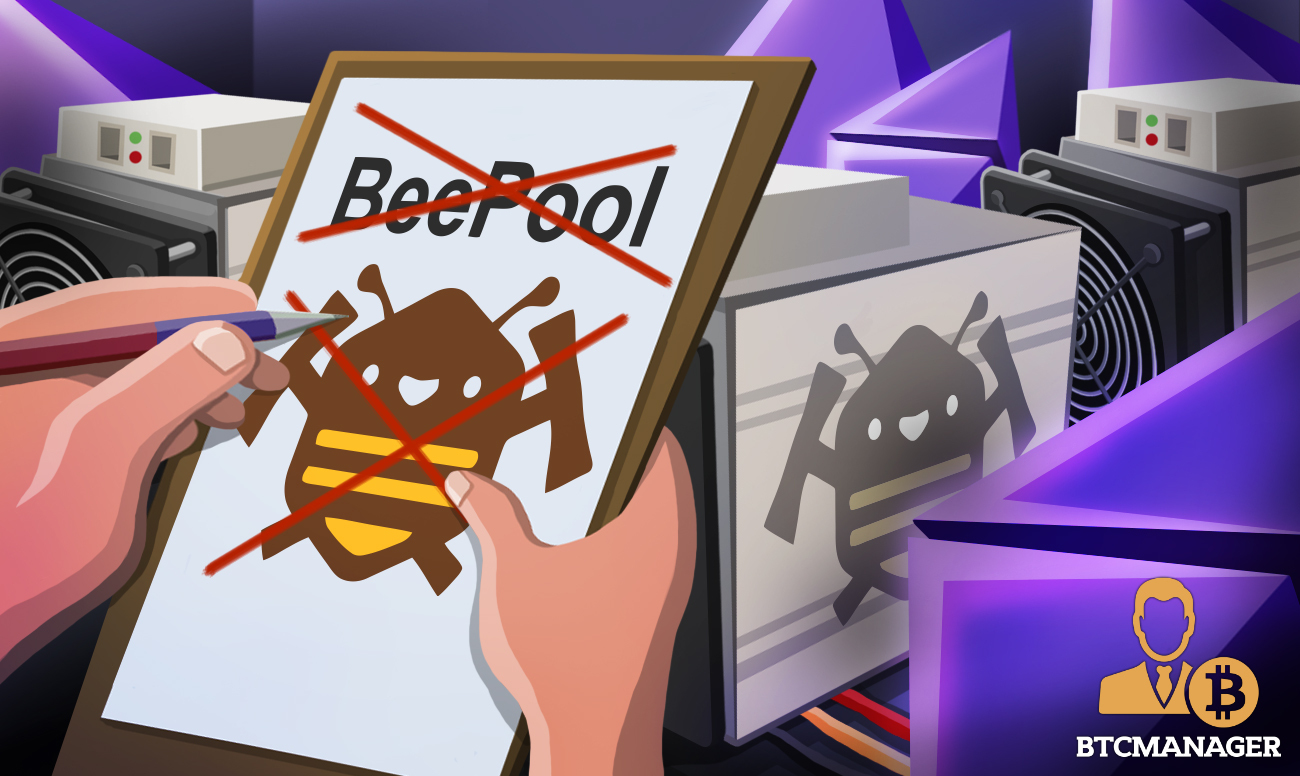 BeePool, a China-based Ethereum (ETH) mining pool that also holds the distinction of being the world’s 4th largest ETH mining pool in terms of hashrate recently announced it was shuttering its operations on October 15.

BeePool’s decision to shut its shop comes on the heels of China’s strict regulatory crackdown on the local cryptocurrency ecosystem.

The mining pool said the decision is in “response to the latest regulatory policies.”

As previously reported by BTCManager, the world’s second-largest Ethereum mining pool SparkPool had indefinitely suspended all its operations in the country citing the latest clampdown on digital assets by Chinese authorities.

At the time, SparkPool wrote:

“In response to regulatory policy requirements, SparkPool has suspended access to new users in Mainland China on September 24, 2021 (UTC+8). For the existing users in the mining pool, we plan to complete the shutdown of all Spark Pool businesses at home and abroad on September 30, 2021 (UTC+8) at 20:00.”

“Users will be made aware of the specific asset clearing and refunding rules via emails, announcements, emails, and in-site letters.”

The regulatory clampdown on crypto and the infamous “China bans Bitcoin” headlines tend to pop up time and again to disrupt the momentum of the crypto market — most of the time pushing the markets down.

Amid the latest regulatory clampdown on crypto transactions in the country, a large number of leading China-based cryptocurrency exchanges have suffered enormously in terms of erosion of their market cap.

For instance, Huobi exchange’s native coin HT slid from $17.30 on September 7 to its current market price of $7.70, according to data from CoinGecko.

Further, reports have also emerged stating that the Chinese authorities have restricted the residents’ access to leading cryptocurrency websites such as CoinGecko, CoinMarketCap, and others in an attempt to curb the Chinese from trading in cryptocurrencies.

That being said, the wider crypto market seems to be making a steady recovery after the latest China FUD.