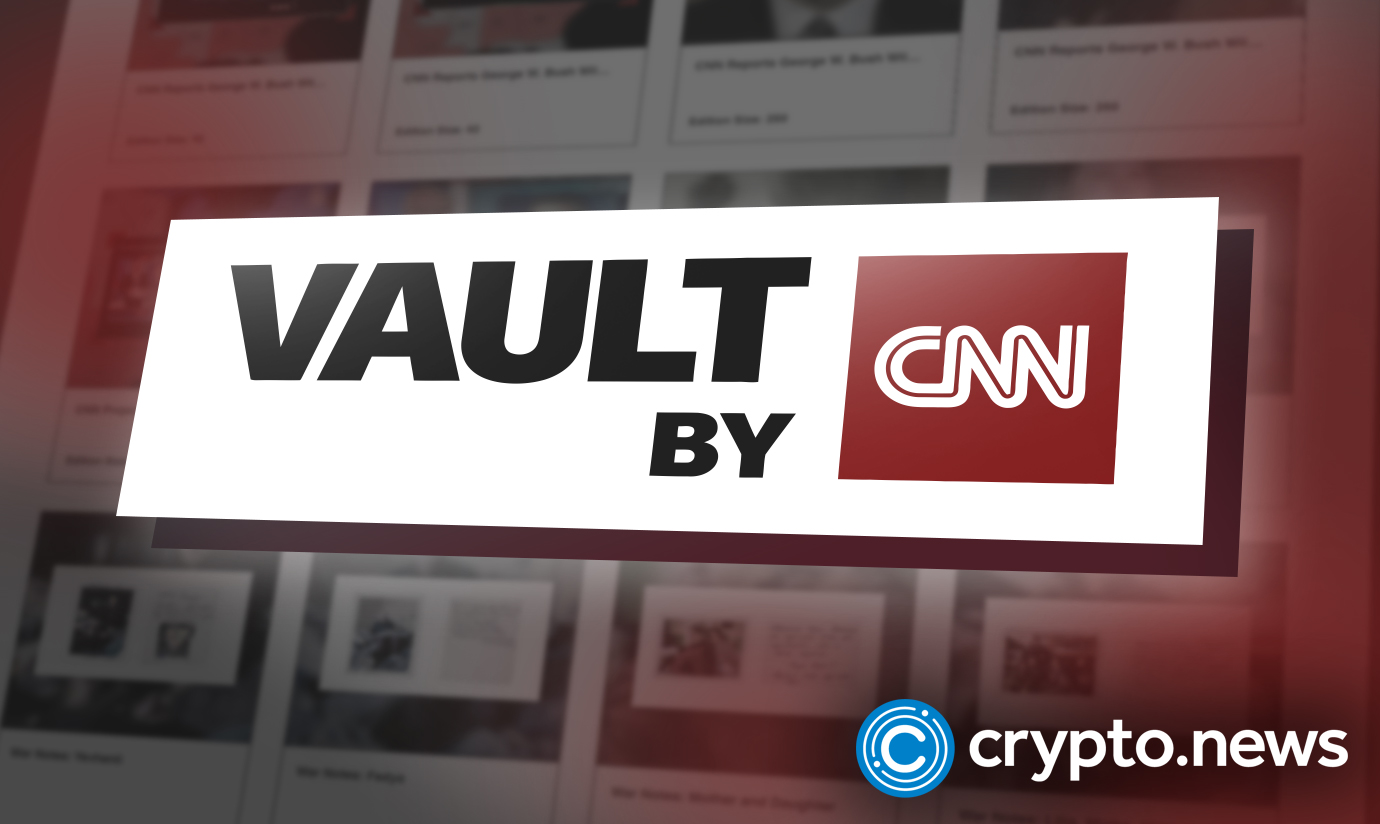 The Cable News Network’s (CNN) foray into the Web3 space was greeted with excitement as the media giant sought to explore NFT in news reporting and coverage. However, the Vault by CNN is short-lived, as the company revealed an end to its debut Web3 experiment.

Vault By CNN Comes to an End

According to the press release from the media house, the “Vault by CNN” is no longer part of the company’s long-term project. CNN said it had ended the Web3 project designed to expand storytelling as part of its drive to embrace innovative technologies to boost media engagement.

The Vault was launched in 2021 as a 6-week-long experiment to ascertain the viability of Web3 in the company’s operations.

CNN unveils Vault as its first marketplace for NFT by “offering collectors the chance to own a part of history.”

However, the project took longer than the initial date set for its testing phase, and now it is time to say goodbye.

It is worth noting that Vault created vital moments and events from CNN reports by giving them artistic interpretations. In addition, it makes digital collectibles that holders can use to exchange for other things.

Moreover, the industry greatly commended the idea behind the initiative, as it comes at a time when prices of cryptocurrencies are high and NFTs are witnessing a price surge. Although, CNN still managed to pool in modest sales before the crypto winter kicked in.

Reports indicate that CNN gave no prior notice of its intention to stop the operation of Vault. This is because, as recently as the previous month, the media house is still urging community members on its Discord channel to buy more collections to access important events.

With the upcoming mid-term elections on November 8, CNN has created the “Art of Voting NFT Series,” with collectors needing to own at least a single NFT from among the set to benefit from the key moments.

According to insider reports, the Vault by CNN Discord community was in disarray as members were shocked and disappointed with the move.

Some also threatened to go the legal route by accusing CNN of organizing a “rug-pull.” For emphasis, rug-pull is a term in the crypto industry where one party unexpectedly yanks off funds or suspends a project, leaving investors with nothing.

However, CNN disclosed that it plans to reimburse the “collectors who stood with them during the experiment.” Meanwhile, the compensation will depend on the buying price of each NFT in a wallet, as recorded on October 6.

Despite CNN’s efforts, collectors were not at ease with the compensation. The aggrieved NFT owners expect CNN’s published token to have garnered more support because of its brand status.

Moreover, some collectors do not welcome the choice of FLOW tokens as part of the disbursement funds. Their complaint hinges on the token’s value being less than their original Vault NFT when withdrawn.