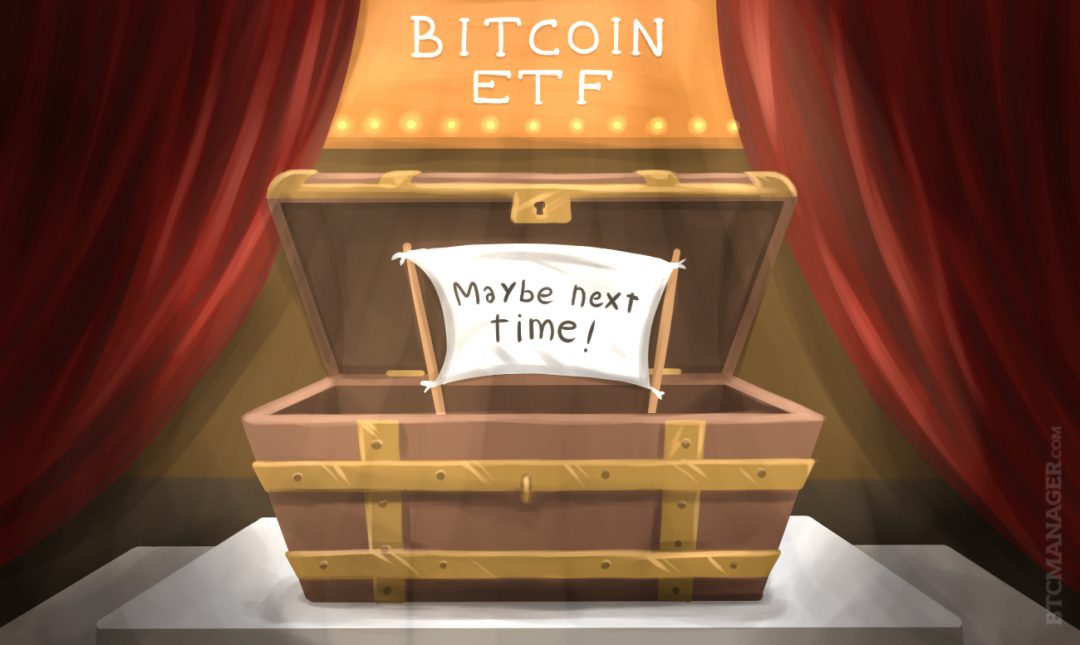 The SEC had been putting off the decision for years but the deadline had come. Bitcoiners were glued to their smartphones and computer screens the entire day, as the SEC took its sweet time to release the news. At about 4PM EST, the “Order Disapproving a Proposed Rule Change” was released, stating that the bid had been denied along with the reasons for disapproval.

The SEC ruled that two requirements were not met, stating, “The Commission believes that, in order to meet this standard, an exchange that lists and trades shares of commodity-trust exchange-traded products (“ETPs”) must, in addition to other applicable requirements, satisfy two requirements that are dispositive in this matter.”

Despite the predictions of a huge crash as a result of a SEC denial, bitcoin seems to be holding up well in the wake of the disappointing news. The price of bitcoin dropped to a low of $975 but quickly shot back up again. It seems that most Bitcoiners are taking this opportunity to buy up as much as they can at the “discounted price.” 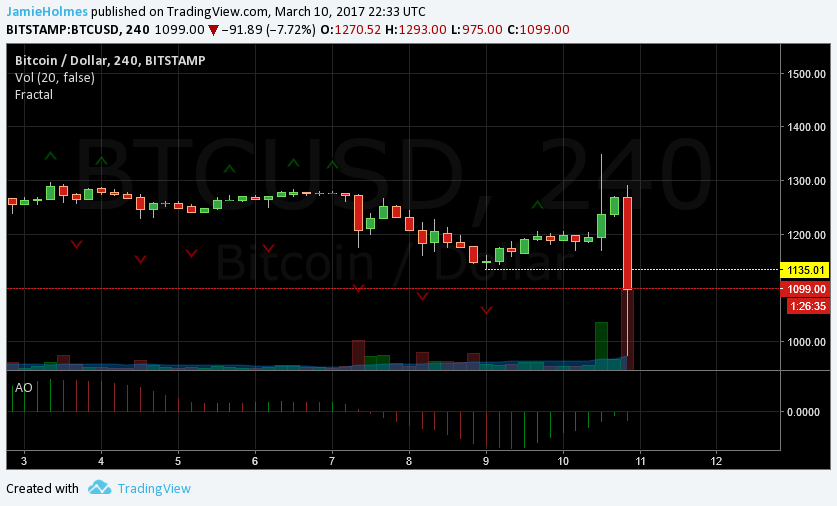 Two other Bitcoin ETF proposals are in the works and still awaiting a decision. In January 2017, Grayscale Investments, LLC, a wholly-owned subsidiary of Digital Currency Group, filed for its Bitcoin Investment Trust to be listed with the NYSE. Additionally, In July of 2016 SolidX Partners Inc. also filed with the SEC to list an insured Bitcoin ETF on NYSE with the ticker “XBTC.”

“The Commission notes that bitcoin is still in the relatively early stages of its development and that, over time, regulated bitcoin-related markets of significant size may develop. Should such markets develop, the Commission could consider whether a bitcoin ETP would, based on the facts and circumstances then presented, be consistent with the requirements of the Exchange Act.”

Altcoins also took a sharp hit on the announcement, however, ether, monero, and xem are a few examples of cryptocurrencies that have provided a hedge against bitcoin volatility. According to TradingView.com, BTC-USD is down 7.73 percent on the day, whereas ETH-XBT, XMR-BTC, and XEM-BTC are up 20.76, 12.11 and 9.41 percent respectively. 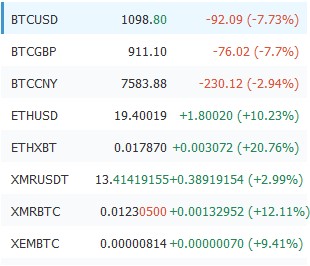 Despite all the attention, the ETF denial will soon be old news. As Bitcoin matures and growth continues, its sensitivity to trending media and isolated events should be reduced. The resilience of bitcoin’s price in the face of negative news, such as the Bitfinex hack in August 2016 or the PBoC inspections in early January 2017, has been nothing short of remarkable.

This might not have been the decision that some bitcoiners wanted to hear, but many welcome the denial, preferring slow and steady growth to bubbles and volatility. Mostly, I think bitcoiners are just relieved that the whole thing is finally over, anticipation can be exhausting. Still, others in the space don’t value the price at all, and consider Bitcoin’s worth to be utilitarian as a financial technology that enables censorship-resistant money transfer anywhere in the world.