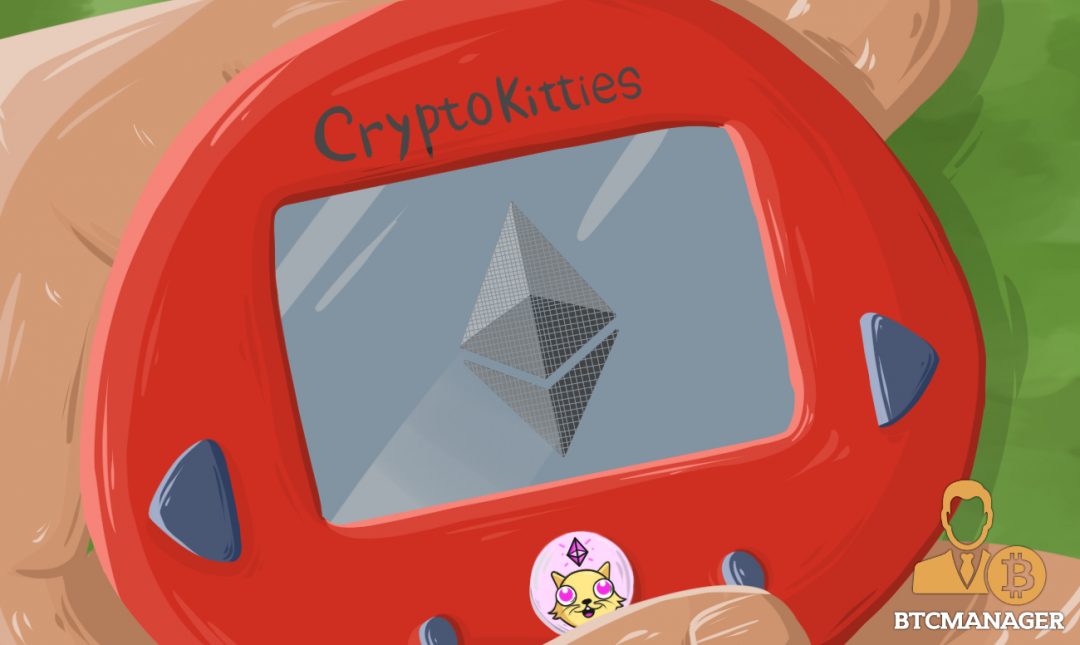 What are CryptoKitties and why has the Ethereum network begun to obsess about them? CryptoKitties are the breedable, lovable, interactive smart contracts for Ethereum designed by AxiomZen, a design studio based in San Francisco and Vancounver.

Essentially, you now have the choice to have fun when you buy and sell ETH, as opposed to just staring at a boring exchange terminal. Want a whole litter of kittens instead of squiggly lines on a screen when you are trying to invest in Ethereum? I bet you didn’t before, but certainly do now!

So what do cats have to do with Ethereum?

Nothing. It’s simply part of the larger plan to get cryptocurrencies into the mainstream and begin to accept that we’re in it for the long haul. The concept of smart contracts is extremely foreign to most people and probably will continue to be. If you add an element of gaming, think Candy Crush, into transferring value in a new way, you have CryptoKitties. Ultimately, what this Dapp does is combine economics, gamification, and the power of the blockchain together to help continually scale the network.

Where’s the proof that this would work?

Currently, people are creating different cats that combine rare traits when combined. The fun of gaming and the psychological effect of exclusivity creates a fountain of wealth. Recently, one cat was sold for over $100,000, and sales have increased to three million dollars (this site tracks the sales of CryptoKitties). Dapps like this tend to be the crown-jewel of achievement (ironically) due to their ability to take the silly things that people want most and combine it with blockchain technology. The trend is beginning to catch on with other kinds of games where you create avatars and exchange them. Clearly, the Facebook games of old have come into their own and have evolved into something that supports more than Facebook’s bottom line. Taking this even further, it’s an ingenious way to incentivize people to invest in Ethereum.

How do I start playing?

Simple! You can start by getting an Ethereum wallet and buying some ether on an exchange like GDAX or Coinbase. MetaMask is an in-browser wallet that allows you to exchange ether very quickly and easily. Now, since CryptoKitties is essentially a way of transferring ether, you will need to pay some small fees during the transaction.

You can begin the game by simply breeding cats, or you can buy and sell cats if you think it will make you some money. Each cat has several different traits that give them certain special abilities that others don’t. For instance, the “Jaguar” trait allows you to breed a cat more quickly than others, allowing to you buy and sell more. Tracking these attributes and combining them in different ways will give you an edge in the game.

You should start out with Kitties that are Generation 8-15, as those are cheapest and easiest to use. Over time, you can begin breeding different generations of cats with different traits and have an entire litter of kittens to use for transactions! Really, it is as if your 90’s Tamagotchis made you money.

Pro tip: Don’t just buy expensive cats; breed them. If you combine different Generations of Kitties, you get a huge payoff. Happy breeding!