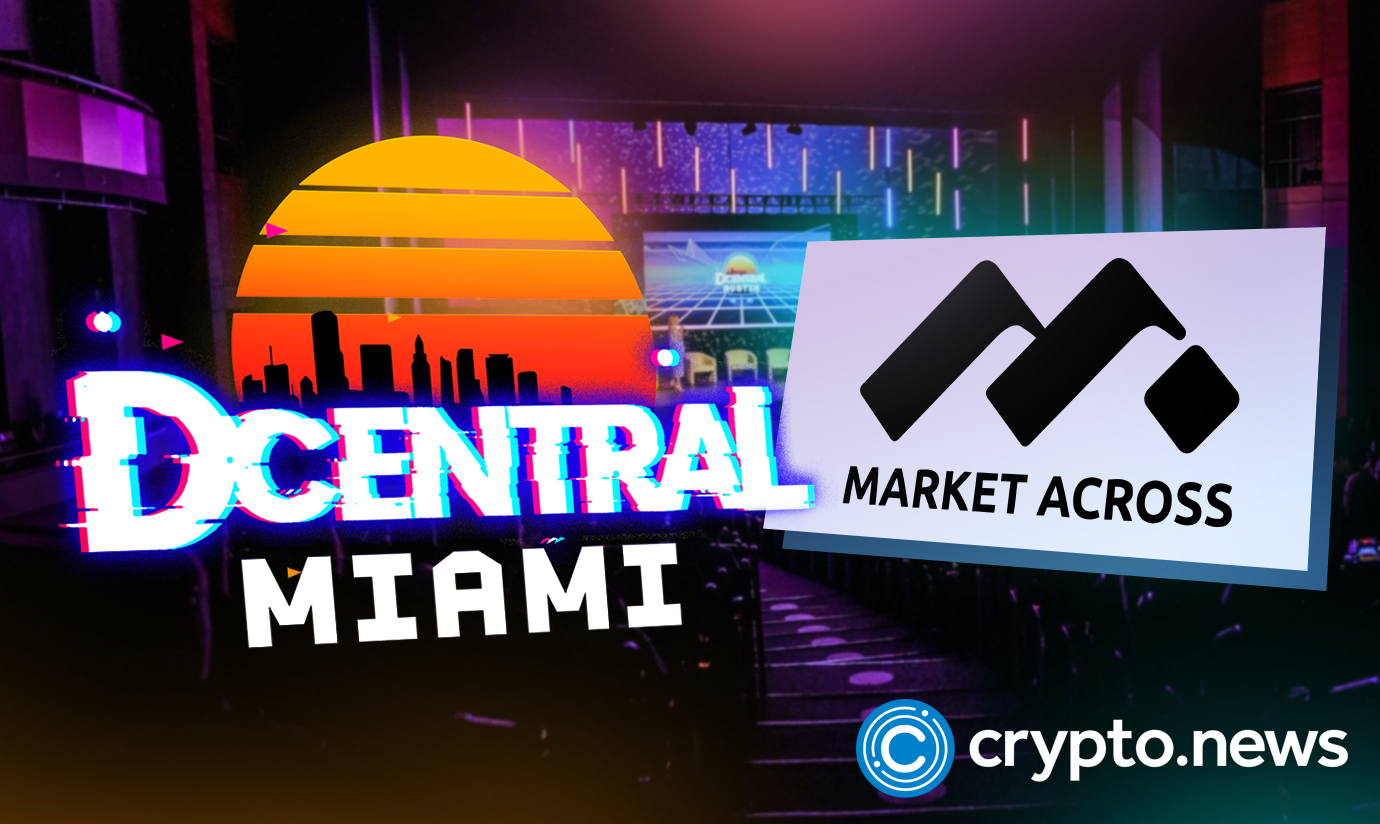 Leading blockchain PR and marketing company, MarketAcross, has been chosen as the Global Marketing Partner for the DCENTRAL Miami 2022 event, scheduled to be held from November 28-29, 2022.

DCENTRAL Miami, a two-day crypto and Web3-focused conference hosted by DCENTRAL Global Inc., has partnered with MarketAcross to enable the latter to manage all of the marketing and public relations initiatives associated with DCENTRAL 2022, before and after the event, as part of a strategic collaboration.

The Tel Aviv-based marketing firm will leverage its extensive system of notable speakers, KOLs, and important stakeholders to educate participants on the development of Web3 and blockchain technology.

The Biggest Web3 Conference in Miami

Miami, USA, will play host to one of the most prominent Web3 and crypto conferences in 2022. The event will focus on the emergence of crypto culture among the younger generation and the adoption of Web3, DeFi, and NFT protocols.

Last year’s edition was held in conjunction with Miami Art Week 2021, and about 5000 people were in attendance; the event organizers hope to host an even larger audience in this year’s edition.

The 2-day event will feature important discussions in the sector, including connecting DeFi, NFT, and other Web3 components into a networking and learning environment and the future of multi-chain and cross-chain infrastructures. Notably, the event will feature “Women’s Web3 Circle,” a designated program and area where discussions regarding the importance of women in the blockchain sector will be held.

Some of the notable attendees include representatives from Polygon, Probably Nothing Talent, Morgan Creek Digital, Ready Player Me, Ripple, Lightspeed Venture Partners, Wendy0.eth of the O Show, Ava Labs, Syscoin, Fashion League, and many others.

The conference will present builders and creators in the industry with the opportunity to brainstorm new ideas and uncover new avenues to expand the development and adoption of Web3 in mainstream industries.

Miami is no stranger to cryptocurrency and blockchain technology. The coastal city hosts one of the world’s biggest Bitcoin events, “Bitcoin Miami.” In 2022, the four-day event, brought together developers, business leaders, policymakers, and builders of the Bitcoin economy.

Thanks in part to the leadership of the city, Miami is leading the way in municipal crypto adoption. Miami City Mayor Francis Suarez famously disclosed that a portion of his 401(k) retirement savings account would be held in Bitcoin.

The mayor has repeatedly supported the growing adoption of crypto in the city. In August 2021, the City of Miami launched a municipal digital currency, dubbed  “MiamiCoin,” to fund local projects by generating yield. The project initially raised $23 million, but prices suffered during the crypto bear market, with the token losing nearly 90% of its value.

Nevertheless, the coastal city is working to become one of the most crypto-friendly cities in the world where blockchain startups can flourish. The city’s leadership is also an active player in the growing crypto adoption within the country. On October 2021, Miami-Dade County in Florida approved a resolution to create a task force designed to research and enact crypto legislation to benefit residents.