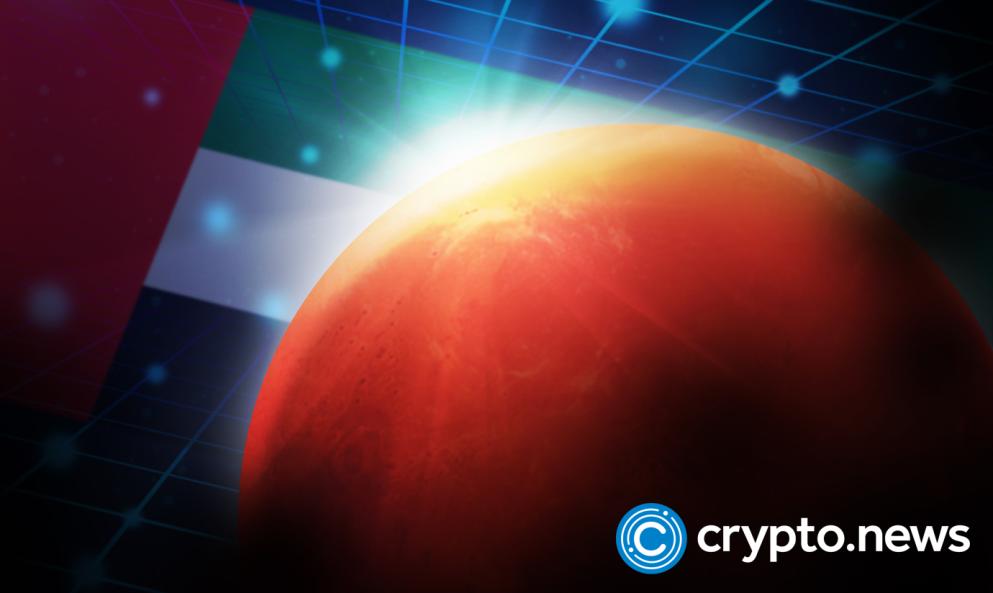 The global space industry has long aimed to colonize Mars, and the idea is still rolling. According to reports, the Mohammed Bin Rashid Space Center (MBRSC) is currently developing a project to stimulate life on Mars in the Metaverse.

Seeing how life will be on the Red Planet is now the focus of the Gulf nation as the Metaverse-centric Mars project kicks off in Dubai. The virtual space-enthusiastic country has revealed plans to build a complete megacity on Mars by 2117.

The project will display the virtual experience of being in space and setting foot on Mars. In addition, it will depict the challenges of space exploration and the colonization drive on the Red Planet.

According to Adnan al-Rais, the Mars 2117 program manager at MBRSC, this is a challenging endeavor that involves exploration with humans and robots. MBRSC has sights on new destinations and innovative ideas to reach new milestones.

The 2117 Metaverse Project is a concept that MBRSC could support as it is another way for the agency to expand its scope.

Moreover, in 2017, Dubai indicated ambitious plans to develop a human environment on Mars in 100 years. After the declaration, the space agency sent its spacecraft to explore the Red Planet’s surroundings.

In the meantime, MBRSC is building a mega-science city in Dubai to develop a life simulation on Mars. Later in the year, the space center will land a rover on the Moon.

Both experts from MBRSC and BEDU will work closely on the virtual project’s imagination, creative development, and visualization.

The Emirate as a Web3 and Metaverse Hub

Investment in the tech world has more than doubled over the past decades as the boom in the internet continues to grow. The tech world comes with rapid changes, and investors appear to follow the trend of the changes.

The rapid growth of Web3, which comprises cryptocurrency, blockchain, and the virtual world, has brought a new dimension to doing business. The gradual shift from Web 2.0 to Web 3.0 has seen the government taking a keen interest in the decentralized ecosystem.

All over the world, governments have initiated projects and invested billions of dollars towards expanding Web3 and developing the Metaverse.

Last month’s METAVSUMMIT was a carefully planned move by the government of Dubai to attract some of the top Web3 and Metaverse firms to the country. In addition, the government aims to create 40,000 jobs in the virtual world over the next five years.

Dubai has a well-structured regulatory body for overseeing the digital economy. The Virtual Assets Regulatory Authority (VARA) has been instrumental in attracting the best in the industry.

From companies to talents, VARA has shown how Dubai is taking the lead to become the world’s capital in the Web3 and Metaverse business.