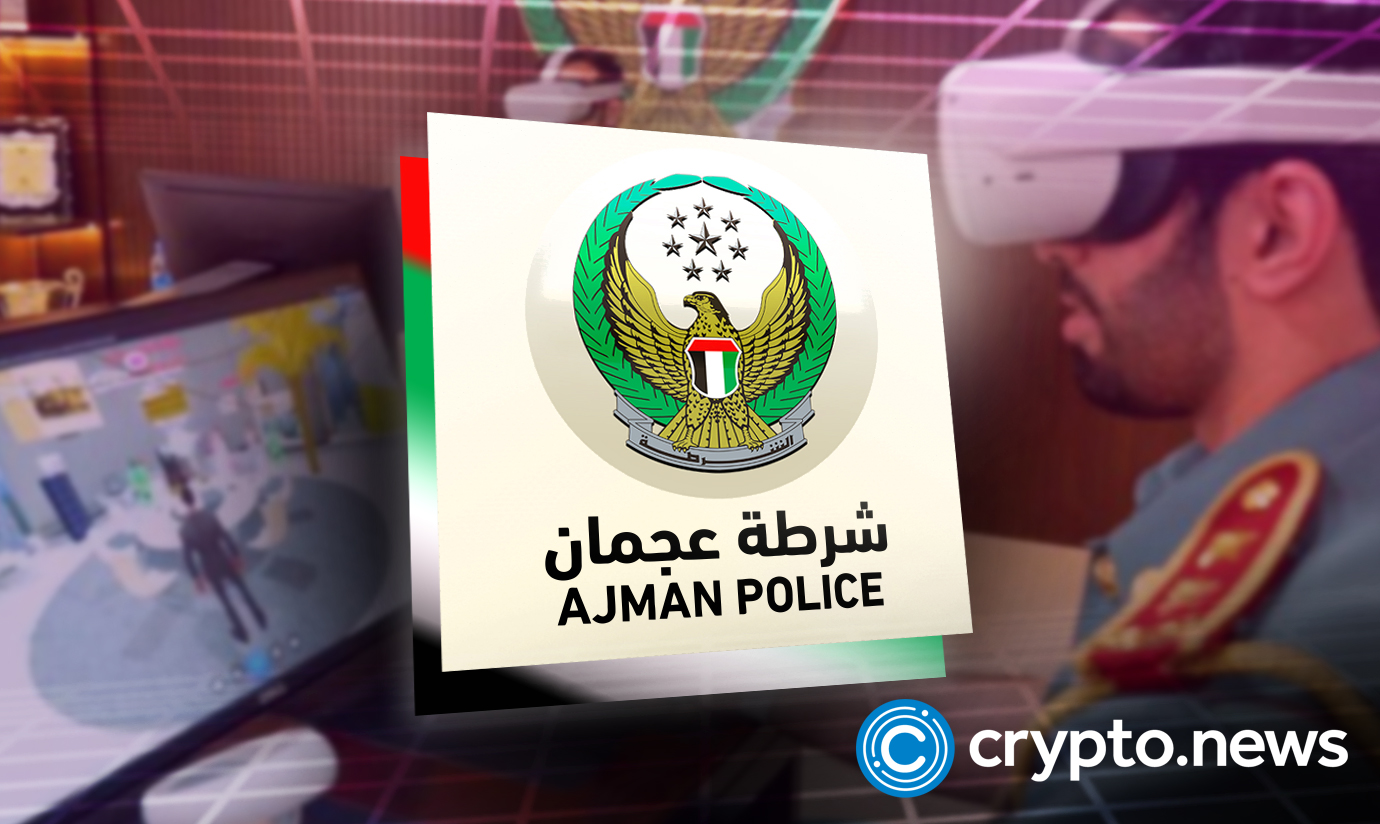 The UAE continues wide-scale adoption of the Metaverse across its public and private organizations. Accordingly, the Ajman Police is now the first law enforcement agency to provide virtual services to its customers in the Metaverse.

The new development is after the GITEX Technology Expo, where the Ajman Police General Command solicited support for its debut remote communication platform.

According to Lieutenant Colonel Mohammed Abdullah Abu Shehab, the force also participated in the Dubai Metaverse Forum, where it availed itself of the benefits of adopting technology in policing duties. Meanwhile, the police force announced the updated version of its smart communication system during the GITEX summit.

The new application comes with multiple services and integrates with the latest programming languages and artificial intelligence.

The UAE seeks to adopt emerging technology to solve social issues, and the Metaverse provides an avenue for the police to open another communication channel.

With the recent GITEX GLOBAL 2022 event, the Ajman Police department has shown its readiness to venture into the Metaverse to enhance its policing.

An App in Seven Languages

Commenting on the development, Major General Khalid Nasser Al Razooqi, director of artificial intelligence at the Dubai Police, noted that the updated smart device also includes a personal dashboard that contains individual information and other transactions made by the holder. In addition, it also consists of a holder’s traffic offense and violation records, among others.

Moreover, Al Razooqi disclosed that the smart app is fitted with a crash detection system to provide insights into cases of car crashes. It will also send a distress signal in a severe accident without the need for human input.

Interestingly, Al Razooqi noted that the app would notify the user to take an alternative route in cases of road closure due to maintenance or accident.

Meanwhile, the updated application also caters to the visually impaired as well as women and children to enable each group to request assistance where necessary.

Metaverse for the Nation

Driven by the visionary leadership of Sheikh Mohammed bin Rashid Al Maktoum, the Ruler of Dubai, the UAE is on the verge of becoming a global Metaverse hub.

Therefore, going by the vision of the Ruler of Dubai, who has envisioned an entire digital economy for the Gulf nation, Dubai’s metaverse project will ensure further growth of the Emirates GDP. The Dubai Metaverse Strategy, chaired by the Crown Prince of Dubai, has some focus points as a priority.

The project is centered around innovation, the government’s implementation of Metaverse technology, and local talent development. Moreover, the strategy includes increasing the number of blockchain enterprises in the country and creating massive job opportunities.

It is worth noting that Dubai aims to expand its digital economy drive and diversify its revenue away from oil. Thus, unveiled in September, the Dubai Metaverse Strategy is the driving force for the country’s digital economy push.

Many public and private establishments have already announced their presence in the virtual ecosystem.

Dubai’s long-term economic growth will likely achieve the desired outcome once everything falls into place for the metaverse project.