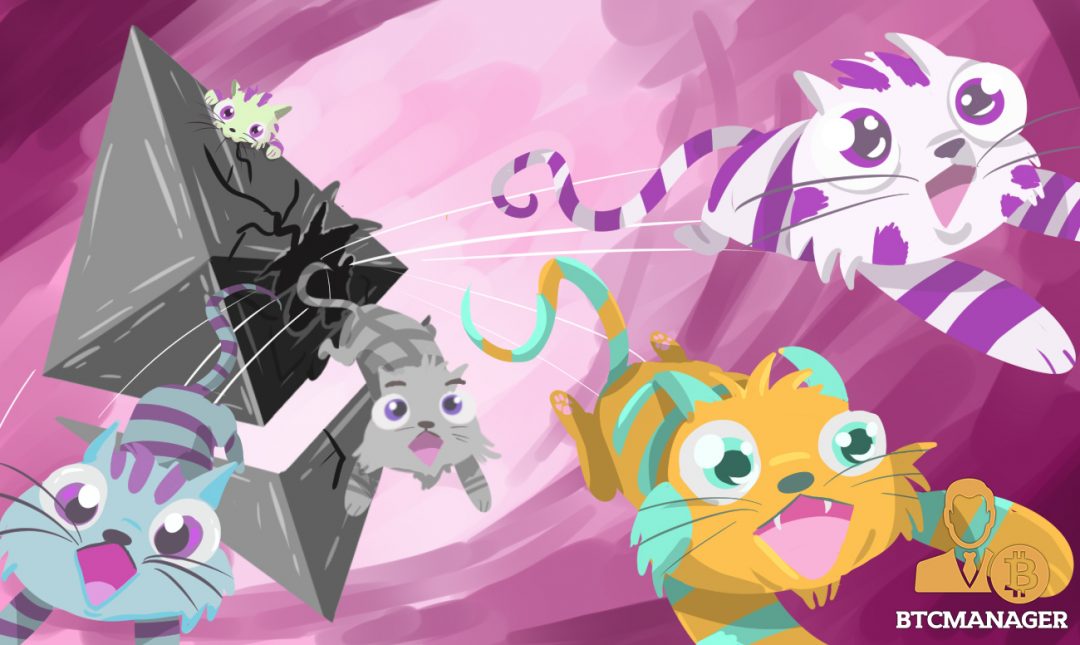 Does the name CryptoKitties ring a bell? It is a blockchain-based virtual game that enables players to buy, collect, breed, and sell different types of virtual cats built on ERC-721 tokens; the venture raised $12 million to go solo on March 12.

When Canada-based Axiom Zen launched CryptoKitties in November 2017, it was by and large seen as a rather optimistic venture that depicted the bitcoin bubble in its full glory. But within weeks of launch, the game’s popularity soared to such an extent that at one point, it ended up congesting the Ethereum network.

Widely recognized as one of the first attempts to use blockchain technology for entertainment purposes, CryptoKitties has made it to headlines yet again after it announced that it is breaking away from Axiom Zen and has raised $12 million in funding to go solo.

A Milestone for the Ethereum-based DApp

The new development comes as a milestone for CryptoKitties, which has been soaring in popularity since its launch late 2017.

The newly formed solo entity will retain at least 20 employees from its original lineup, confirmed a spokesperson representing Axiom Zen. They added that one of the primary objectives of the newly formed entity will be to spread the use of blockchain technology and make it accessible to the masses.

Speaking of the game itself and its collectible ERC-721-based virtual cats, the spokesperson said: “Digital collectibles can act as a constellation of identity and self-expression.” The proposed ERC-721 standard, which is still undergoing work, allows smart contracts to act as non-fungible items.

As for the $12 million raised in the latest funding, the new entity will utilize it to expand the CryptoKitties team as it evaluates different avenues to scale “the blockchain to a billion consumers.”

The investors who made the latest Series A round possible seem elated about the game’s potential too. Union Square, one of the two VCs to have led the round, even called CryptoKitties “the most successful consumer blockchain product” in the world.

“We also think digital collectibles and all of the games they enable will be one of the first, if not the first, big consumer use cases for blockchain technologies.”

For those uninitiated, CryptoKitties shot into fame last December when the game slowed down the entire Ethereum network after it attracted a surprisingly high number of players. According to ETH Gas Station, a web data tracker platform, the game accounted for 11 percent of the net transactions on the network as of December 2017.

The virtual cats which the game is based around, are “breedable” and they carry a unique number along with a 256-bit distinct genome. Just like in real-world cats, the attributes of different cats such as fur color, eye shape, and eye color, etc. are determined by their DNA.