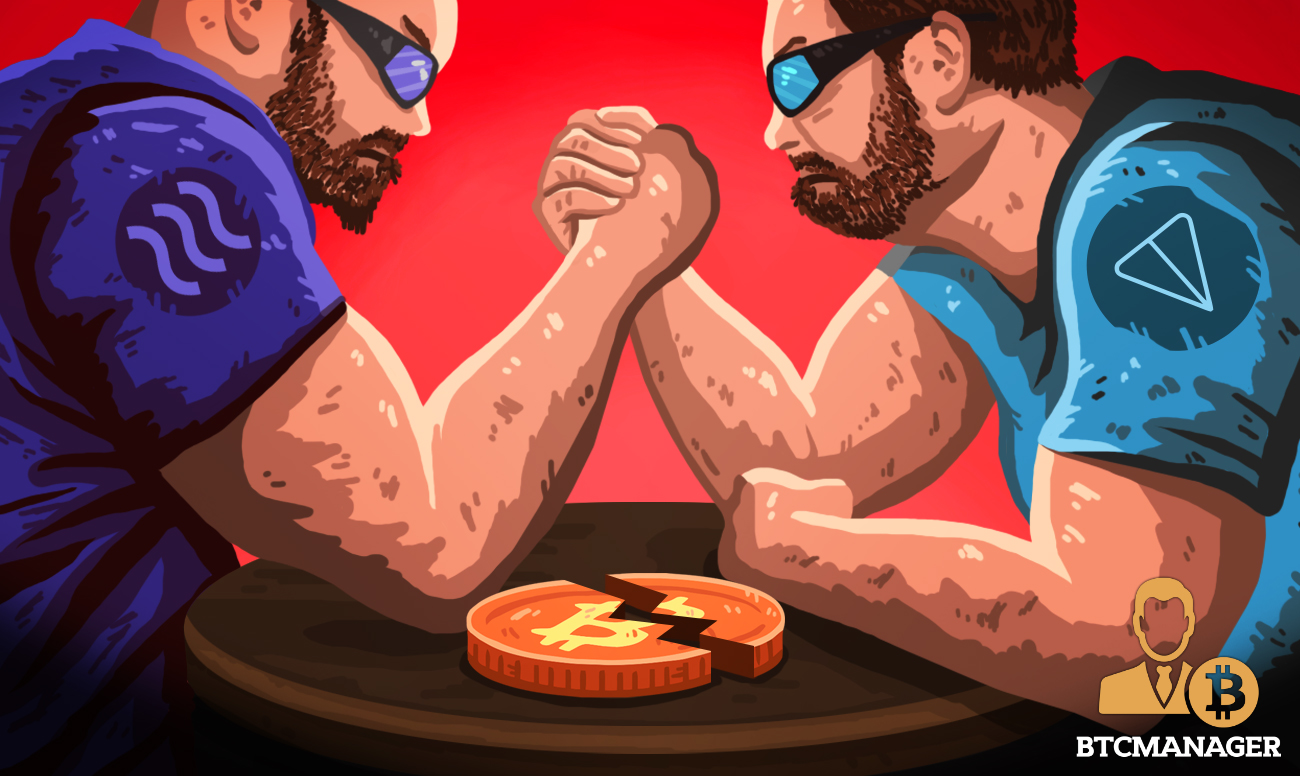 Two formidable messaging rivals meet yet again, but this time in a new arena. Facebook and Telegram are taking antithetical strategies when it comes to digital currencies. Facebook is consulting with regulators and holding their hands as they walk them through the process, and Telegram planned it’s entire move in secrecy before a sudden launch. As the two compete to be the standard for global payments, Forbes opines that it may not be a zero-sum battle, October 7, 2019.

In a recent spin, it was announced that Libra Association member Anchorage, a digital asset custodian, will support GRAM in the suite of cryptocurrencies they offer their customers.

Co-founder Diogo Monica claims that this is a strategic move as the firm doesn’t see GRAM and Libra as mutually exclusive. His thesis is that both of them complement each other in the same way that the dollar and euro “happily coexist”.

One obvious flaw with this theory is that GRAM and Libra, while not mutually exclusive, are both striving to be global money; not jurisdictional currency. In essence, they are vying for the same chunk of market share.

The varying approaches taken by the two companies is leading to an incredibly interesting situation. One could consider it a practical experiment on how trends regarding digital currency launch and adoption are going to look like.

Will the people’s champion of privacy and privatization win? Or will the project that complies with regulators and follows standard protocol win?

Past Results May Indicate Future Performance

Facebook is the social media giant that did everything it could to accumulate power and spread it out evenly to whatever end they seek.

Telegram is the messaging app that wants to give people some degree of privacy back without irking regulators or affecting their ability to generate profits.

These approaches broadly fall in line with how their cryptocurrency offerings have played out. Telegram is launching with supposed on-chain privacy, and this has raised alarms that it could be used for terror financing and other illicit activities.

Meanwhile, Facebook’s history with poor privacy and data management practices had led to many members of the public voicing their concerns with their plans to enter the realm of payments.

Once again: one is acting with the people’s demands, the other is acting as per the regulator’s commands, and if anything has given the cryptocurrency space yet another spectacle to observe, analyze and with any luck, find fortune in.