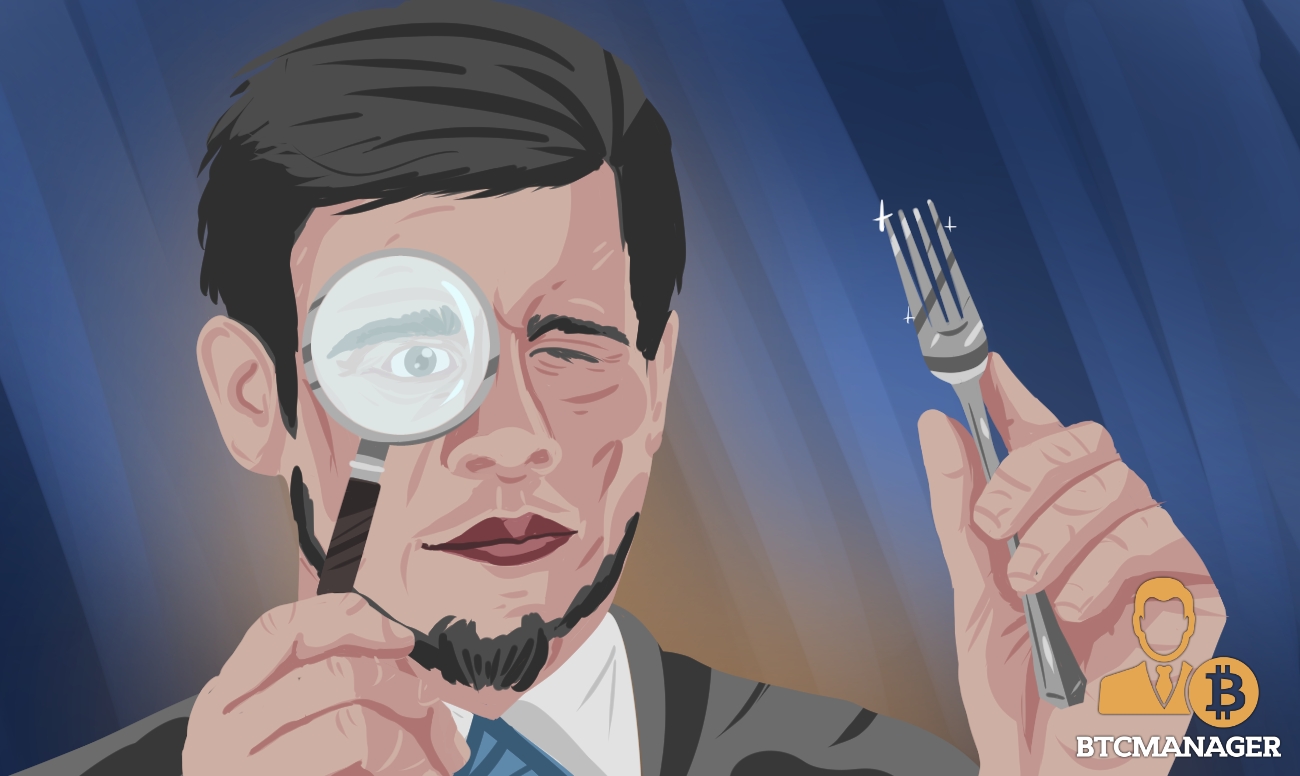 Blockchain technology has inspired so much innovation that many have compared it to the Internet boom. While this technology has already proved to be one for the future, more and more dev teams are trying to advance upon and innovate existing blockchains. One of the most common ways of expanding a cryptocurrency network is through a fork. In the first, forking can be an incredibly healthy part of developing a useful cryptocurrency. However, many have also manipulated this technique in more than a few money-grabbing schemes. Lastly, some forking can be malicious and in fact, used to censor individuals from participating in a network.

To keep it simple, a hard fork can be described as a change in the blockchain network’s software. Following such a move, all the miners and nodes need to agree with the adjustment otherwise a chain split can occur, resulting in both the original blockchain as well as the upgraded blockchain functioning alongside one another as some miners continue to mine the “old” chain.

While there are many examples to draw from, perhaps the most notable was the Ethereum (ETH) and Ethereum Classic (ETC) fork in 2016.

A soft fork differs in that they are upgrades to the software that are usually introduced by developers to improve the current network in some way. The main difference between these and hard forks is that soft forks offer backward compatibility. This distinction means that nodes that do not want to upgrade their software are still able to participate within the network, with some disadvantages. While both varieties of a fork are introduced in the same way, the changes in a hard fork result in an entirely new chain.

One forking methodology that is a bit newer to the crypto-community is an incentivized hard fork. After great returns were seen from those who defected early from USD to bitcoin early, this forking methodology was developed. Bitcoin has received a lot of criticism the past few years, but one thing Bitcoin did do right was that those who exited early (from USD into Bitcoin), got rewarded for the risks they took early on.

Based on a proposal by ConsenSys developer Simon de la Rouviere, an incentivized hard fork allows those who wish to burn their tokens in Project A to be rewarded with a bonus in Project B’s tokens for doing so early on. That being said, people who burn their Project A tokens earlier are rewarded more. While the last person to burn Project A’s tokens does not get a bonus allocation, there is always that incentive to leave early. Rouviere’s example provides a clear (if not biased) instance of incentivized forking: A one-way, trust-less burn is possible from Bitcoin to an Ethereum Bitcoin token (E-BTC). Holders who destroy their Bitcoin early will get more E-BTC tokens.

Incentivized forks not only reward those who believe their new opportunity is a better choice, but it also strengthens the value of the existing group. A good way to picture it is all the “non-believers” have moved on, leaving the true network supporters remaining. This two-group dynamic hardens the boundaries between fans of the fork and those who were opposed to a split in the chain. More to the point, this duality is also responsible for the majority of toxic infighting that can happen between cryptocurrencies.

Will people see the returns that early defectors of Bitcoin made and will they capitalize on leaving early in an incentivized fork? Time will tell, but just as development teams attempt to innovate networks via this mechanism, they will also continue to explore new incentives to help their technology evolve.

Why Do Hard Forks Happen?

There are many reasons for a hard fork. First, a hard fork may occur as a result of a developer and community decision to upgrade the network. This type of hard fork is undertaken to introduce features that will enhance a cryptocurrency project.

Another frequent reason for a hard fork are disagreements within a cryptocurrency community. Some members may seek to institute changes in the protocol of a coin or token while others do not. If the community is unable to come to a compromise, then there is likely to be a hard fork followed by a chain split. This results in the formation of an entirely new blockchain with a new native cryptocurrency. As an example of this, look closely at Segwit adoption and the developments of Bitcoin Cash (BCH) in August 2017.

The third most frequent reason to fork often referred to as a “rescue fork,” happens when an undesirable event, such as widespread hacking or theft, affects a token’s community. In such a situation, the developers, in conjunction with the majority of the community, can decide to fork the ledger and render the stolen tokens worthless. Rescue forks also return the affected members their funds. This style of fork was the principle reason behind the ETH and ETC split following a $50 million hack on DAO.

The DAO hack was bad, we all agree. Roger's point was about the *response*.

The final reason the coins are frequently hard forked is that a dev team has the sole intention of creating a new coin. Most projects within the crypto-community operate on an open-source basis, making it is possible to view their code and use it to create a new token. The new token may have similarities to the parent, but will usually have distinct features that its developers deem to be a necessary upgrade. The new tokens will often seek to differentiate themselves from the parent coin with their name as well as branding.

Why are Hard Forks Good?

Hard forks have been a key component of Bitcoin’s ability to continuously upgrade through rough consensus as well as through game theory. Forks allow for new ideas to evolve on the blockchain technology. A healthy Bitcoin network is one that will fork numerous times in the future. As the number of hard forks from one network grows, the better that network is proving to be as many innovative ideas are building on that technology through the laborious fork process.

1/ Don't be scared of potential hard forks. They are a key component of #bitcoin's ability to upgrade through rough consensus/game theory.

The only reason there have not been many Bitcoin forks with different consensus algorithm is that dev teams can make much more cash starting a new chain. Forks that use Bitcoin’s existing UTXO set, rather than a new chain, offer an economic incentive for bitcoin holders.

Here is an example. If a new Bitcoin fork adopted three-minute average block times, a new consensus protocol, and forked from the current UTXO set, many may value that new forked coin over, say, Litecoin (LTC).

In such a situation, the Bitcoin holders would benefit while many Litecoin holders would be upset as it may lead to a decrease in Litecoin’s value. If the above theoretical fork did not change the PoW, however, then the market would decide whether the original coin or the fork would survive (economically). It is essential to keep in mind that due to ASICs miners, it is nearly impossible to have two of the same SHA256 Bitcoin chains surviving side by side. One would have to change its PoW mechanism.

Hard forks receive criticism for a variety of reasons but have also benefited the cryptocommunity as a whole. As more and more cryptocurrencies are developed, there will be more and more forks. The open-source basis allows new dev teams to take the code they like from their favorite coins and make one coin with all the attributes. Forking methodologies will continue to innovated blockchains for years to come.

Keeping in mind the many positive aspects that different forks can provide for the crypto space, there are an equal number of hazards. First, it’s important to determine whether a fork is legitimately expanding upon the original coin or if it will introduce a near carbon copy of something that already exists.

In the short-term, this can provide lucrative turnarounds for interested parties, but in the grand scheme of cryptographic development, adoption beyond speculation, and general goodwill, some forks can do more harm than good. It’s important to ask questions of this nature when investing in coins that are planned to be pre-forked in order to avoid holding “heavy bags” of a “shit coin.”

In the next, and on a more technical level, there also exists the possibility of censoring certain parties via something called “feather forking” or punitive forking. As a side note, this has less to do with generating a forked coin, air drops, or turning profits and has all to do with blocking individuals from performing operations within a blockchain. Such an attack vector is also more advanced than a 51 percent attack in that it does not require a majority of the mining power to blacklist a network participant.

Forks are one of the many ways that development teams around the world are trying to advance current blockchain technology. With hard forks, soft forks, and more recently, incentivized forks, there are many ways to change an existing blockchain. Bitcoin has already been forked over forty-four times, and that is only one cryptocurrency. There have been forks with other coins, and there will be many forks with different coins in the future.