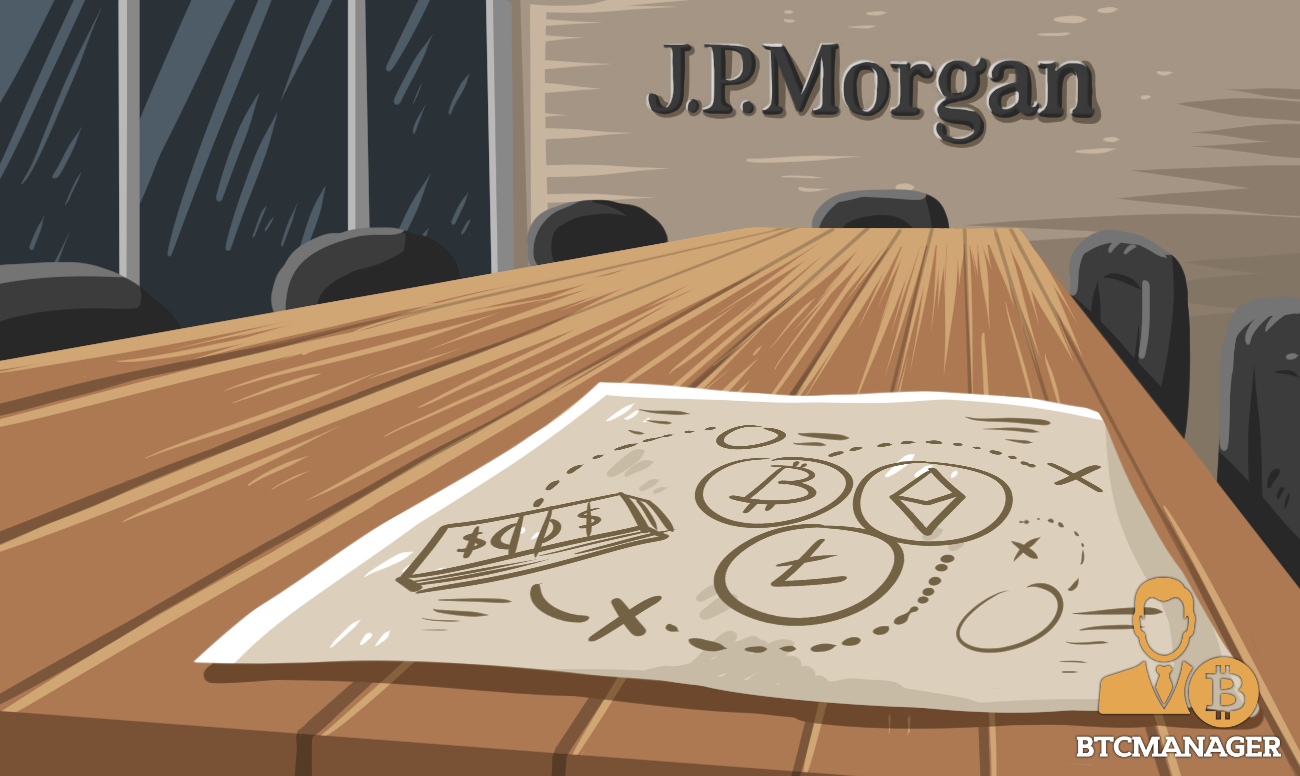 JP Morgan is taking cryptocurrencies seriously by appointing London-based fintech head Oliver Harris to create a cryptocurrency strategy for the company, revealed on May 18.

According to Business Insider Australia, Harris, 29, who is drawing out the cryptocurrency strategy, will become the head of cryptoasset strategy for the bank. For the past two years, Harris ran JP Morgan’s In-Residence program which was focused on finding and partnering with fintech startups. He will now report to the head of blockchain initiatives at JP Morgan, Umar Farooq.

Although Jamie Dimon, JP Morgan’s CEO, had previously condemned the cryptocurrency industry in September 2017, stating that “bitcoin is a fraud” and “bitcoin is worse than the tulip bubble,” he told CNBC in December 2017 that “I’m open-minded to uses of cryptocurrencies if properly controlled and regulated.” A Swedish firm then reported him for market abuse, suggesting the JP Morgan CEO was trying to sway markets.

Financial institutions which were once weary and uncertain of the impact of cryptocurrencies are now exploring various uses of the technology. According to Thomson Reuters, one in five finance firms are planning to be involved with cryptoassets in 2018. These firms are also looking to enter the market within the next six months.

JP Morgan Heads Deeper into the Crypto and Blockchain Sector

Financial News broke the news on Harris’ new role seen on his personal LinkedIn profile. Harris’s new role as the head of crypto-assets strategy will involve identifying and leading new cryptocurrency projects for JP Morgan. He will also analyze cryptocurrency custody services and assess how JP Morgan can leverage blockchain technology in their payments business. Harris will also work closely with Christine Moy, JP Morgan’s program lead for the Blockchain Center of Excellence.

As reported by Fortune, JP Morgan has experimented with Bitcoin’s underlying technology, the blockchain, over the last two years. One of JP Morgan’s experiments even led to Quorum, an enterprise-ready distributed ledger and contract platform. Bloomberg also reported that the banking company considered making Quorum an independent entity.

It remains uncertain whether JP Morgan will trade cryptocurrencies like Goldman Sachs.

JP Morgan’s Head of Corporate and Investment Banking mentioned to CNBC that “we are looking into the space. I have no doubt that in one way or another, the technology will play a role. If we need to clear futures of Bitcoin, can we do it? Yes. Have we done it? No.”

Although JP Morgan, is entering the cryptocurrency and blockchain industry, it’s not the first major bank to do so. Goldman Sachs is even setting up a trading desk focused on bitcoin and other cryptocurrencies. The goal is to commence trading by the middle of the year, in June 2018. The bank mentioned to Bloomberg that “in response to client interest in digital currencies, we are exploring how best to serve them.

Sam Chadwick, director of new content initiatives at Thomson Reuters, was significantly shocked that 20 percent of financial institutions plan to be involved with cryptoassets in 2018. These financial institutions did not have any interest in exploring cryptocurrencies in 2017 but instead focused purely on blockchain technology and different implementation possibilities.