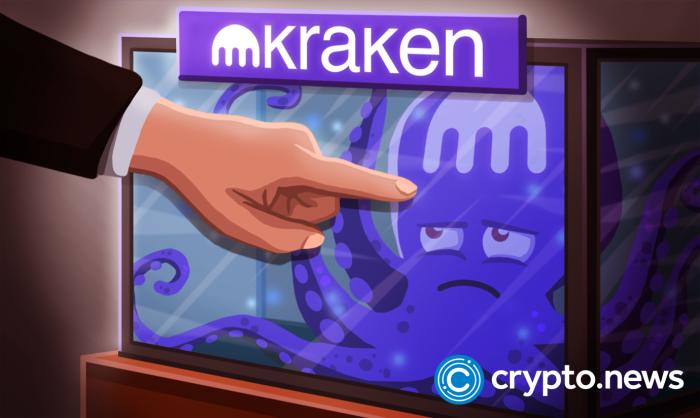 Kraken, a popular crypto and derivative exchange, announced journalists are collecting all information regarding funds sent to the exchange through erroneous transactions on the Polygon network.

Kraken is looking into the transactions

Kraken, a popular crypto and derivative exchange based in San Francisco, made an official announcement on Reddit regarding the recent wrongful fund transfers. The exchange announced that users who had erroneously sent MATIC or WETH funds to the exchange on the polygon network should reach out to their support team by leaving a comment on the post or sending a Direct Message (DM) to Kraken’s support.

At the time of this publication, around 3,000 users were reported to have suffered the fate, cumulatively sending more than 3,000,000 MATIC to Kraken on the Polygon Network. One of the complainers isolated a wallet that had received a lot of MATIC from oblivious senders who fell victim to the breach.

Another user caught the eye of Redditors by sending a message that seems to have originated from the exchange’s customer support. The note indicated that the exchange only received Polygon’s native crypto MATIC if the tokens were sent via the ERC-20 network.

“As you may know, Kraken only supports the cryptocurrency Polygon (MATIC) sent over the Ethereum (ERC-20) network. Kraken does not support the Polygon Network. Therefore any Polygon network token deposit will not be processed by our system.”

The message further emphasized that Kraken does not complete transactions on the Polygon network rendering the recovery process impossible.

“Unfortunately, recovering these funds is not possible at this time.” Chris further wrote.

According to Kraken support, the private keys would have to be extracted and then restored into the Polygon Network’s ecosystem to get the funds whenever a deposit is delivered. This is only possible when the transaction between Polygon Network and a typical Ethereum address occurs.

However, Kraken’s ERC-20 deposit addresses are established by smart contracts on the Ethereum network, and this is not possible with such addresses. The addresses produced in this fashion don’t have any secret keys attached to them. Hence, the exchange stated that there was nothing for it to export.

Following the error, 3 million Matic tokens are at stake. However, Kraken support is trying to retrieve the funds, as seen from a conversation between a worried customer and one of Kraken’s support in the post’s comment section.

Customer: What do you do with this info? Some collective action?

Support: I’ll do my job.

Customer: Hope it will be useful for all the scammed.

It is still being determined if the wallet receiving the lost funds belongs to Kraken, and the exchange may have been profiting from the error mistakenly executed by clients. However, the exchange support seems to be swinging in action in efforts to help users recover their funds. Users will have to wait for the support to try and recover the funds.