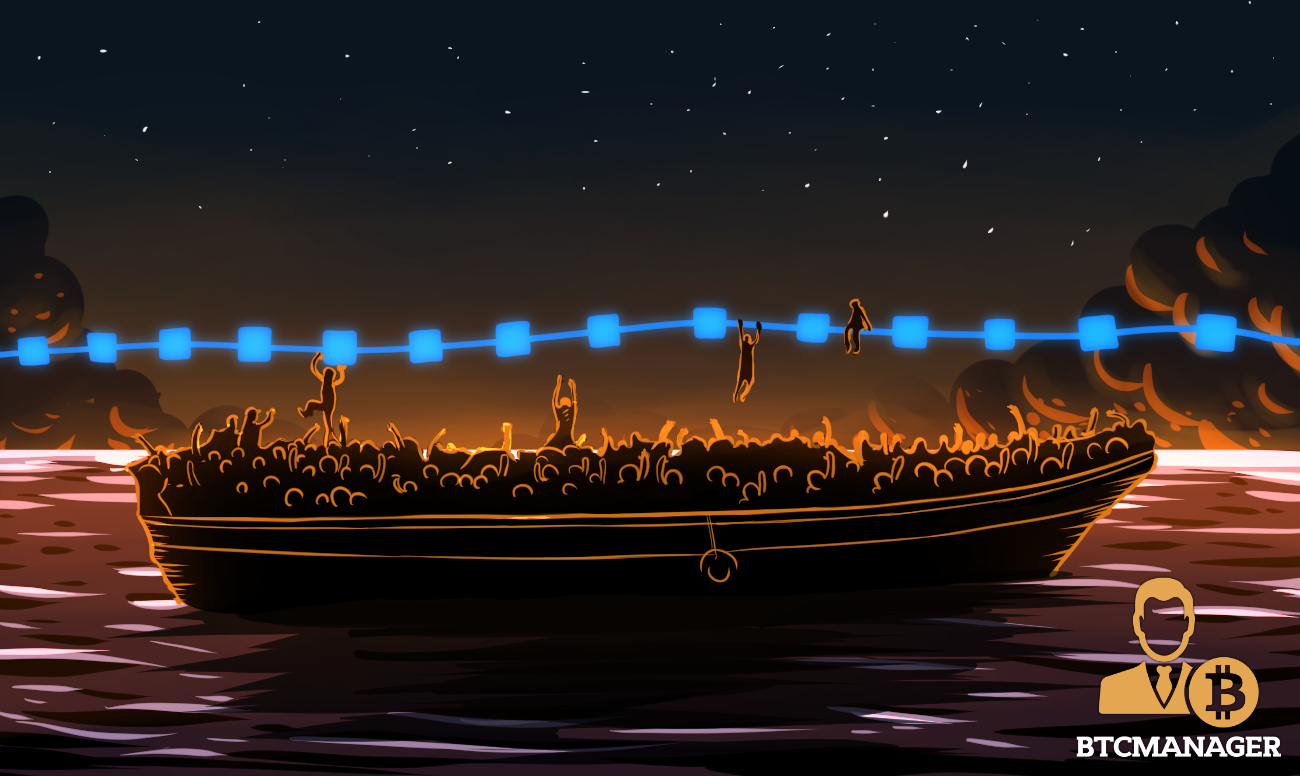 One form or another of a global refugee crisis is a humanitarian problem that has existed throughout history. More important to note is the fact that it will persist as long as war exists. With rampant global conflicts, especially in the Middle East and North Africa, it is therefore not surprising that over 68 million people in the world are currently displaced from their homes.

The Refugee Crisis in the 21st Century

The process for asylum seekers to leave their country, migrate to a new region, and assimilate into a new society is currently tricky and fragmented for all stakeholders involved. For the refugee and their family, it’s a sizeable emotional journey. Many flee without the proper resources and correct documentation due to raging violence.

For immigration and aid departments, it’s also a serious struggle. Providing and distributing resources effectively to refugee camps can become a difficult feat. But for every stakeholder involved, there are a lot of logistical problems like crucial paperwork and documentation that go missing and therefore prolong the immigration process.

While national conflict and disagreement are social temperaments no technology can likely solve, blockchain technology, can, however, fix a lot of the systemic and logistical problems that prolong the refugee crisis.

The digital ledger underpinning a majority of cryptocurrencies can help alleviate arising from a lack of transparency, accountability, identification, a poor distribution of resources, and tracking of funds. These factors combined will improve the overall living conditions of refugees and can even transform and revolutionize the way we help refugees.

Lack of Transparency and Accountability

The migration process for forced immigration has stayed relatively the same for the last 50 years. While there are new technologies developed to track and store information, these technologies are unfortunately not often deployed for refugees. To add to the situation, asylum seekers also do not carry with them the necessary documentation that many countries require.

According to NRC Research, seventy percent of Syrian refugees lack essential identification and property ownership documents. While it’s difficult for the individual, the process is also very unclear from the Government’s perspective.

Kristian Hollins from the Lowry Institute noted that the lack of transparency and accountability, unfortunately, comes from unclear responsibilities from critical parties on an international scale. “For states in receipt of asylum seekers, the challenge of verifying an identity is well known, and most states have developed legislative and procedural requirement to meet it,” said Hollins.

“Yet there is no recognized international consensus about how to best establish an individual’s identity.”

According to Big Think, even when refugees do have identification documents and arrive at their destination safely, tracking all of the data required is very difficult in large bureaucracies.

Furthermore, these bureaucracies do not have clear standards when it comes to data and identification records. Collectively, all of these things become a great issue which often leads to prolonged detainment, incarceration, and sometimes even deportation for the refugee and their family.

According to the World Economic Forum and UNHCR, there are approximately 22.5 million refugees who are dependent on international, non-government organizations and international aid communities. Lack of transparency and accountability is not only a problem for documentation and identity; it also becomes a huge challenge when distributing vital resources. The challenge heightens in countries where there is less-developed informational infrastructure.

The distribution of aid is a critical component since many families flee with very little. Most of the times, according to the UNHCR emergency guide, these refugees do not have any personal belongings. Not only do refugees need food and water, but they also require specific non-food items like shelter, cooking gear, and basic health and sanitation equipment.

While the UNHCR has different distribution system options, there are still many problems in the commodity distribution process since distribution is difficult to coordinate and can often be delayed when there are logistical, administrative and security problems. Furthermore, even if there aren’t delays, sometimes there are missing supplies and poorly allocated resources. These problems also extend themselves to missing donations and misappropriated funds.

Big Think reported that, while blockchain technology has the potential to transform many different industries, its most significant advantage lies in its ability to store information. Unlike traditional ledgers, blockchain can “[distribute] an instantly verified and complete record of any transaction to every node in its network.”

Having a distributed, decentralized ledger is excellent for transparency purposes since every node in the network can see every transaction made. The information also cannot be changed or altered on the blockchain network. Blockchain technology is, therefore, a great tool to boost accountability, track resources, and assist every stakeholder involved in the refugee crisis.

In the case of corruption, because the ledger is distributed, decentralized, and isn’t housed by a central authority, it’s less vulnerable to tampering. It’s also a system that governments and non-profit organizations can be involved in, especially when it comes to identification records and the distribution of aid. Collaborative involvement can lead to a more precise set of responsibilities and tasks.

Building identities on the blockchain network thus has a lot of value since it can be easily verified, cannot be falsified, are time-stamped, and public for everyone to see.

According to the World Economic Forum, they believe that refugees could significantly benefit from a digitally-authenticated identification document based on a blockchain network.

As such, companies like Microsoft and Accenture are therefore working with the United Nations to help refugees created a permanent identity. Identities will be verified using biometric data, like fingerprints or iris scans, and blockchain technology will serve as the public ledger to record everyone’s status.

With clear identification, these refugees would be able to gain services which are unfortunately unavailable for those without such documentation. “Without an identity, you can’t access education, financial services, healthcare, you name it,” said David Treat, the managing director of ID2020. “Your are disenfranchised and marginalized from society.”

When it comes to the distribution of resources, the blockchain along with Internet of Thing (IoT) can ensure that goods, supplies, and even donations can be tracked throughout the supply chain. With a small microchip, these donations can be monitored to ensure that it is not damaged in any way.

Furthermore, the amount of data and information an IoT chip can capture can also help alert organizers if there are shipments that are experiencing a delay. The increase in transparency and accountability makes it easier to hold parties and people responsible for their actions.

Although blockchain technology cannot solve the root problems in the refugee crisis, it can nevertheless, improve the living conditions and migration process for refugees. Having a clear, transparent, distributed, and decentralized digital ledger, would add a lot of value for every stakeholder in the refugee crisis, mainly the refugees, who would benefit the most from this system.

“While blockchain is arguably a cheaper methodology for record keeping over traditional software, the tangible benefits are that it retains a transparent, instantaneous, and indisputable record of transactions,” said a spokesperson form Reset, a German non-government organization.

Big Think argued that, by using blockchain technology to solve many intermediary issues which include identity tracking, resource allocation, transparency throughout supply chain processes, it could significantly improve the lives the world’s refugees.

These improvements will provide a more humane immigration process for refugees and asylum seekers. A more effective, streamlined, and humane process will ideally improve the existing living conditions for refugees and empower immigrants around the world.