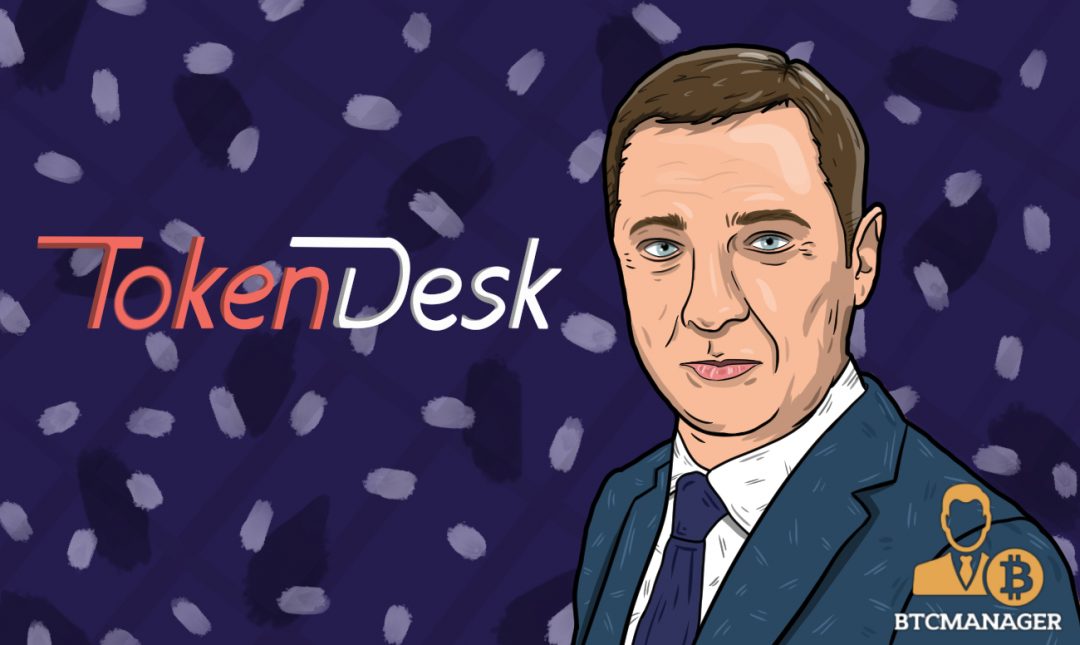 Arturas Zuokas – a former mayor of Vilnius will be consulting London-based blockchain technology firm TokenDesk. The main direction of the business is development of the biggest global ICO platform.

The founders of TokenDesk aren’t new players in the market. Gintaras Tamosiunas, the CEO, is a former member of the Parliament of Lithuania. Him and Tadas Rimdzius co-founded bilietai.lt – the biggest ticketing platform in Lithuania. The team will also be assisted by Aleksandr Kasinskij, a director and a member of the board of Belarusian “kvitky.by”. The leader of the biggest Baltic ticketing holding – Jaanus Beilmann has joined the board to contribute with his knowledge and experience.

“Every day there are over 10 mln. Eur of cryptocurrencies being issued in global markets. Central banks are actively looking forward to establishing market regulations. We believe it will increase interest in Bitcoin, Ethereum and other major cryptocurrencies.” – states Tadas Rimdzius, a co-founder of TokenDesk.

Tokens Worth over 1 mln. Eur Reserved in one day

Over the first day of TDS token pre-sale reservation, over 1000 investors reserved tokens worth more than 1 mln. Eur. Up until October 6 when the initial pre-sale finishes, TokenDesk plans to attract over 4 mln. Eur of investments.

In the next year, TokenDesk platform will issue more than 150 ICOs and attract over 288 mln. Eur investments for their publishers. The global ICO market is on a phenomenal rise. 2016 was a good year with over 200 mln. Eur. worth of investments, however, this year it is going to exceed 3 billion.

Arturas Zuokas has been a mayor of Vilnius for three consecutive terms of office. He will be contributing to TokenDesk in order to help to raise the capital over ICO.

Estonia already has an e-citizenship program and utilizes it successfully. China is preparing its own blockchain-based tax collection platform. Dubai plans to digitize as many documents as possible transferring them to blockchain solutions. Invoices, accounting data, contracts and other too. There are more of such examples.” – according to Arturas Zuokas.

“The main reason why I decided to join TokenDesk is simple – I believe in this blooming technology. I think it will bring us great amount of progress and better ways of performing certain tasks,” says Arturas.

In order to keep TDS tokens liquidity and increase value, they will be traded in major cryptocurrency exchanges – Kraken, Bitfinex, Bittrex and others.

TokenDesk aims to attract 100,000 Ethereum cryptocoins which is around 24.6 mln. Eur according to today’s exchange rate.

It will be one of the biggest ICOs in Lithuanian history.