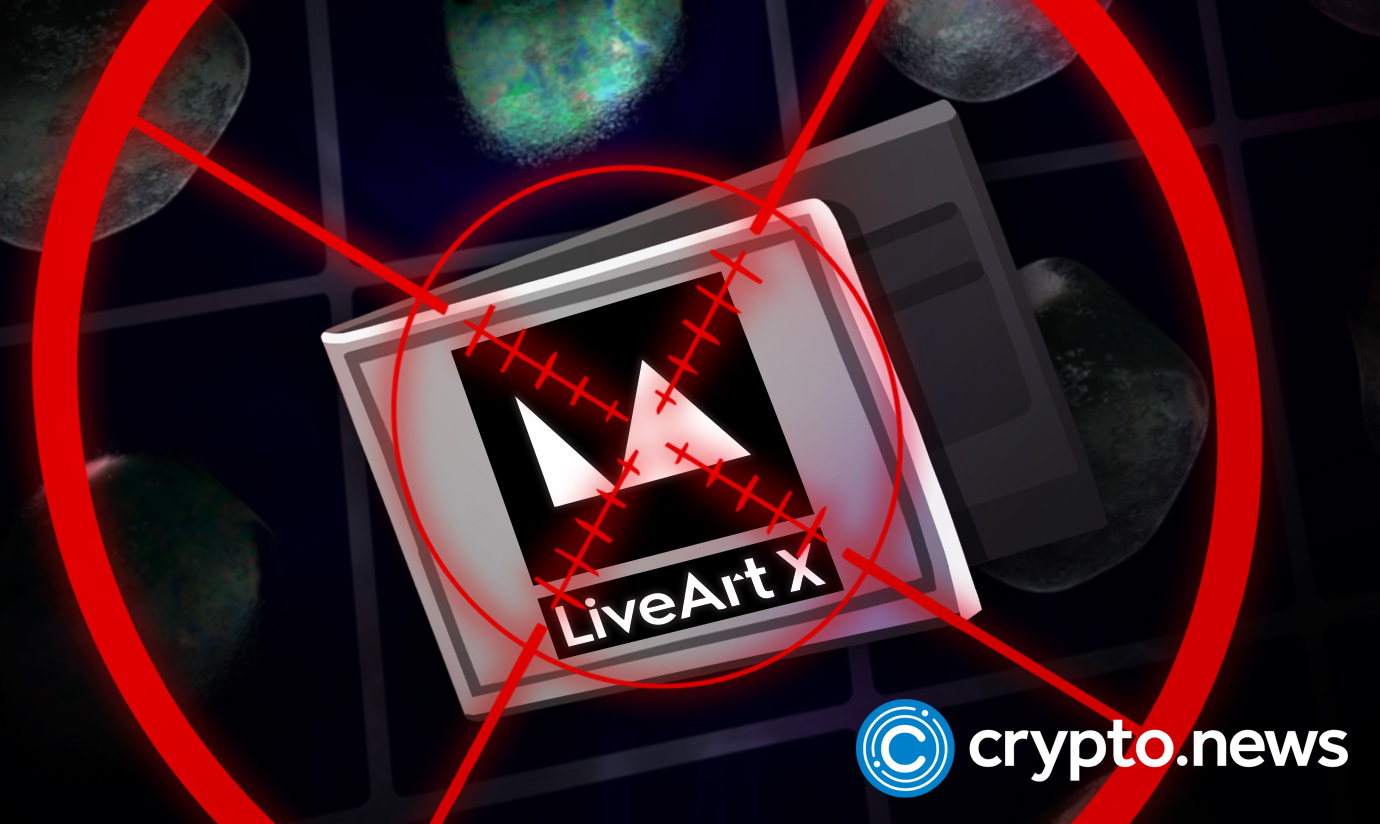 According to a recent tweet, LiveArtX NFT Platform alleged that one of its wallets had been compromised. Meanwhile, the price of the platform’s Seven Treasures collection has dropped by about 80% in the last 24 hours.

Hacker Exploits One Of LiveArtX’s Wallets

The NFT and Web3 art platform, LiveArtX, tweeted earlier today that one of its wallets was compromised. The platform alleged that a hacker must have gained access to the wallet.

According to LiveArtX, a hacker must have accessed the private key of its Seven Treasures collections. This allowed the hacker to sell some of the NFTs.

The hacker allegedly transferred over 197 NFTs to another wallet address. Following the transfer, the hacker began selling them at a lower price than the initial listed price.

These actions broke the price floor of the NFT collection, causing the price to dip. However, the platform tweeted that it is trying to resolve the issue.

Meanwhile, the platform’s team said the smart contract was changed in the aftermath of the event. This means the hacked private key is no more valid. As a result, users will be unable to buy or trade the NFTs which was listed on OpenSea.

Colin Wu, a Chinese blockchain reporter, revealed that the price of LiveArtX’s Seven Treasures NFT series has dipped by 80% in the last 24 hours.

Huang Yuxing created the Seven Treasures NFT series. The series is “a creative art project which takes users on a trip through nature.” The collection, which debuted in September 2022, has 997 items.

In March, LiveArtX, based in New York, earned $4.5 million in a financing round through an ICO. The ART token was introduced as part of the round, which includes donations from Binance, Alameda, and Animoca Brands.

Despite the weak market and the plummeting sales of NFTs in 2022, there has been an upsurge in the number of hacks and attacks that target NFT initiatives and holders.

Beeple, a prominent member of the NFT community, issued a warning to members earlier in the month about the possibility of dangerous links being published on his hacked Discord server. Users and collectors who clicked on the URLs would be sent to counterfeit servers where their NFTs and virtual currencies might be stolen.

In September, NFT hackers were successful in their attempts against both the President of Belarus and Billy Murray, who lost NFTs worth thousands of Dollars.

However, most of these exploits and hacks make use of social networking platforms. On these 6, they utilize social engineering tricks to lure victims into opening harmful links, leading them to platforms steal their NFTs and cryptos.

Hence, NFT holders are advised to protect their private keys and stay away from suspicious links.