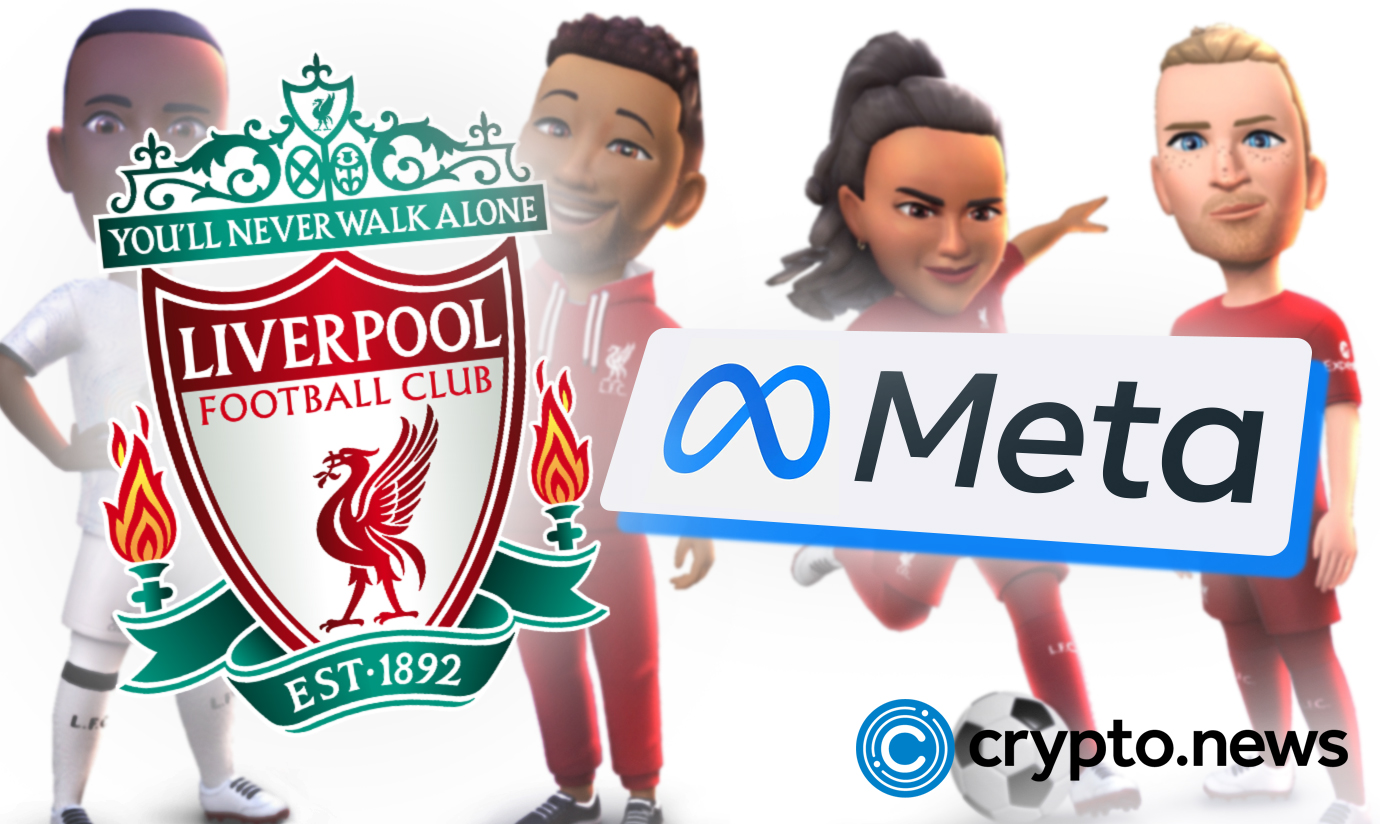 Liverpool FC has launched its merchandise collection on Meta’s Avatar Store. The collection includes both an away and home kit and a pair of Liverpool FC label lifestyle looks.

Later this year, the football club will launch the collection in virtual reality. Users may now dress their Meta Avatar in Liverpool F.C. kits, which can be purchased in the Avatars Store, to showcase their team pride.

The merchandise line comprises away, home kits, and two LFC-branded lifestyle outfits. Meanwhile, the collection is available for sale in Meta’s Avatars Store in Thailand, Mexico, Canada, the United States, the United Kingdom, Italy, and Spain.

Moreover, Meta recently launched its Avatars Store in the United Kingdom, Spain, and Italy. In a post, they said:

“If you are a Liverpool supporter, the club is most likely a huge part of you. You wear the team’s jersey and logo to express your support for your club and, for some, to exhibit your local pride. You may now represent The Reds with your virtual avatar in the digital space.”

As the virtual world evolves, avatars are becoming a powerful method for individuals to interact and meet new people. Furthermore, the metaverse will open up fascinating new commercial options for the sports sector.

Besides, Meta stated that its Avatars Store is a significant step toward such a future. Historically, sales of merchandise have been a money generator for clubs. Hence, the ability to sell virtual stuff will open up an altogether new source of income.

Furthermore, the blog post noted that users can now get kitted on Instagram and Facebook while showcasing their Jersey number with thousands of Liverpool fans at Anfield.

At the beginning of 2022, Meta expanded its 3D Meta Avatars beyond virtual reality introducing them to Messenger and Facebook, Instagram DMs, and stories.

Earlier in June, Meta announced the launch of its Meta Avatars Store. The company stated that users could customize their avatars to suit their choice.

Meta noted that the digital space is changing, and it wants to be a huge part of it. The company aims to offer brands and creators a platform to experiment with digital shopping and clothing with the Meta Avatars Store. Also, users can customize their avatars on the platform by changing hair color and eye color.

Earlier in March, Liverpool decided to enter the world of NFTs. The club launched The Liverpool FC Heroes Club collection. The collection contained digital artwork of past Liverpool heroes.

The five-day sale occurred at Sotheby’s, a renowned London auction house. According to the club, a huge part of the funds from the sale went to LFC Foundation, the club’s charitable arm.

Unfortunately, the sales did not generate the revenue the club expected. Only £1.125m came as revenue from the sales. Also, 95% of the NFTs were unsold.

From the 171,072 released for sale, only 9,721 were bought by fans and other supporters. However, the club’s efforts in the metaverse space have not dwindled.