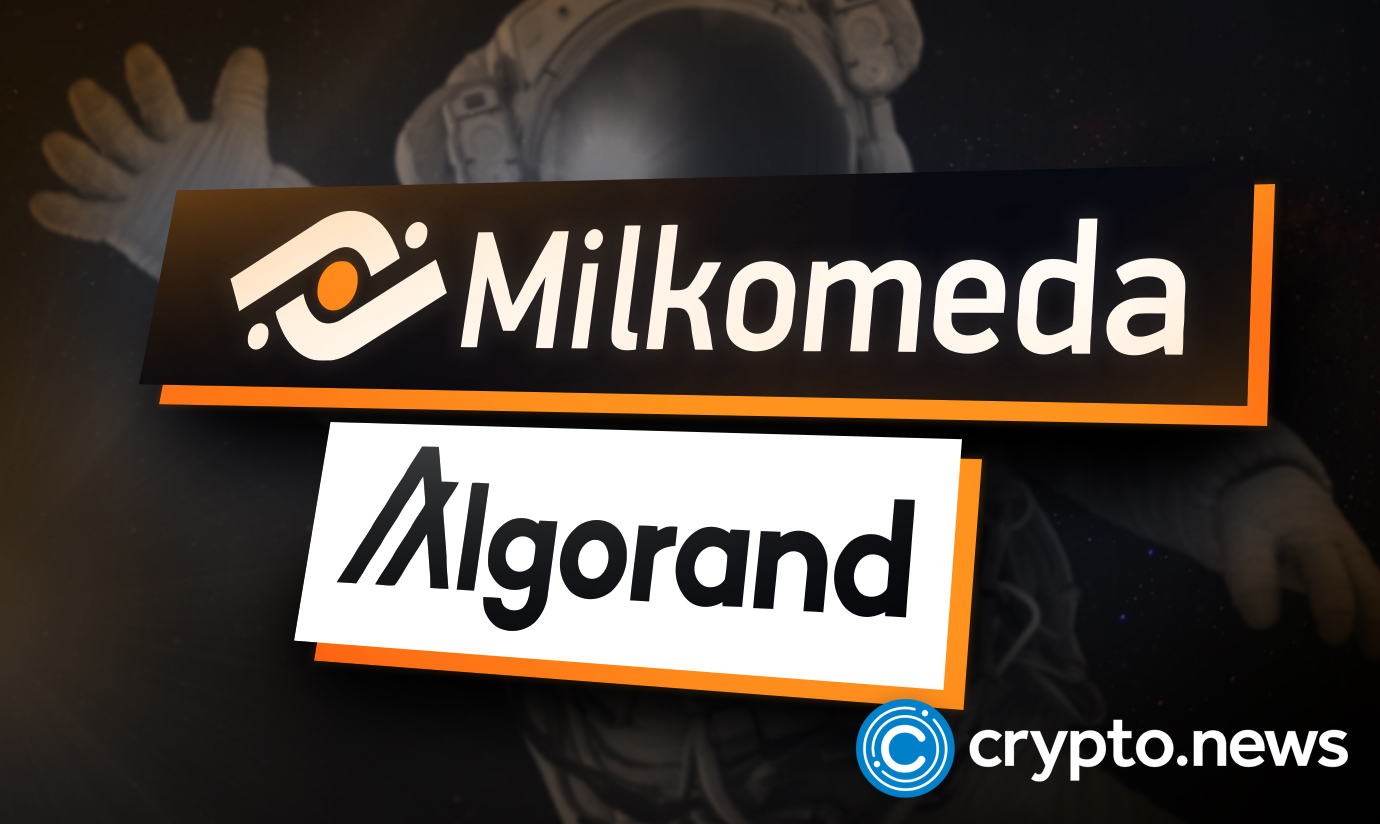 Following the adoption of blockchain technology, the expansion and interoperability of applications are fast becoming an area of focus for solutions providers. Milkomeda has taken the initiative to boost blockchain’s efficiency by launching the A1 Roll-up on the Algorand ecosystem.

With the latest development, the Layer-2 solutions provider is to improve user experience and expand developers’ means of building new protocols to accelerate the growth of the next generation of inter-blockchain platforms.

Moreover, the Algorand-based EVM A1 Roll-up to offer the Layer-1 ecosystem interoperability on the Algorand mainnet.

Milkomeda continues its quest to deliver an Algorand-centered functionality for Layer-1 blockchain networks. Therefore, the EVM A1 Roll-up launch is part of its vision to realize its drive for blockchain interoperability.

Furthermore, the EVM (Ethereum Virtual Machine) A1 protocol is a Layer-2 solution that exposes the Algorand network to thousands of developers using the Solidity programming language. It is worth noting that Solidity is the most widely used language by developers in the smart contract environment.

Thus, the launch of the A1 Roll-up on Algorand offers developers significant exposure to the network. In addition, Ethereum developers, for the first time, will be able to host their dApps and other tools and make them accessible to Algorand users.

As a result, this will significantly expand the market and provide numerous dApps for the Algorand community. The launch of Milkomeda in Algorand represents another milestone, said John Woods, the CTO of the Algorand Foundation.

“All Ethereum’s projects now have a home on Algorand with zero hassle,” added Woods. According to the Algorand Foundation’s CTO, this latest development can open the doors for more projects to move to the Algorand ecosystem. “It provides fast, cheap, and reliable in-class solutions for blockchain platforms,” says the CTO.

How the A1 Roll-up Work

The new protocol utilizes wrapped ALGOS as its governance token, streamlining and providing a seamless onboarding process for users on Algorand.

With Milkomeda’s permissionless bridge, users can easily bind their ALGOS and other Algorand-based assets into the A1 Rollup. After that, users could utilize their tokens to transact with the EVM-related dApps on the A1 Rollup.

Commenting on the new development, Robert Kornacki, Director of Milkomedia Foundation, noted that this represents another avenue for developers to explore. “Builders can now become part of the Algorand community while leveraging its many opportunities as the underlying Layer-1 protocol.”

Kornacki points out the benefits of dApps to having seamless end-to-end navigation in a way never seen before with current rollups on Layer-1 blockchains. He said:

Milkomeda has a long-term vision to scale the Algorand system further. It has so far updated the platform with multiple VM support, improving the network’s interoperability and providing a smooth user experience in their interaction with L2 dApps.

Furthermore, to achieve its plans, the firm has unveiled multi-year strategies with the recent completion of a $3.1 million funding round. The funding phase was headed by Archetype, with the Algorand Foundation and Sora Ventures as partners.