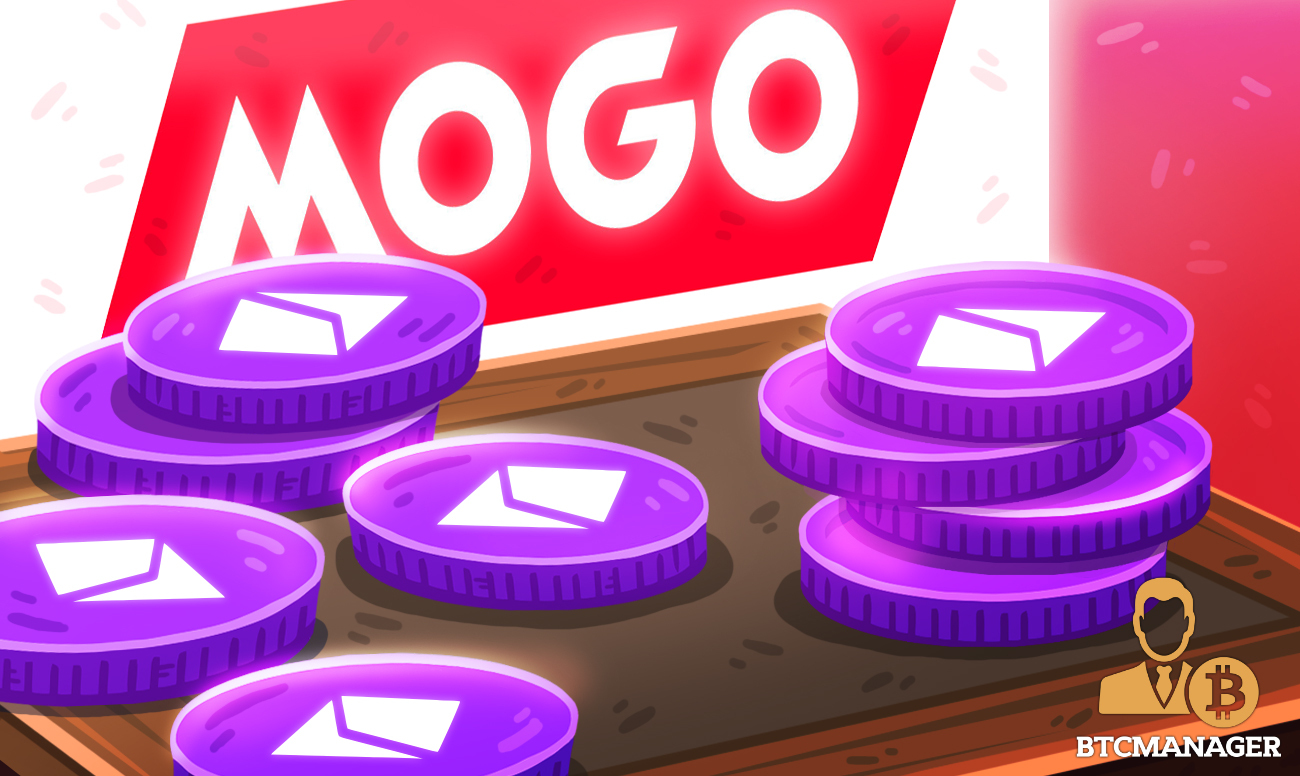 Canadian-based fintech and digital payments company Mogo has expanded its cryptocurrency holdings by purchasing Ethereum, the second largest crypto asset by market capitalization, in addition to its previous bitcoin purchase.

In an announcement on Monday (May 3, 2021), Mogo revealed that the company bought about 146 ETH, worth over $507,600 according to the token’s current price at the time of writing. According to the fintech company, the ETH was purchased at an average price of $2,780 per coin.

Mogo’s recent ether purchase is part of the company’s plan to focus on acquiring crypto assets. The Canadian firm said that it plans to allocate five percent of its balance sheet to cryptocurrencies.

Commenting on the latest ether purchase was Mogo’s president and CFO, Greg Feller, who said:

“This initial investment in Ether complements our earlier investments in Bitcoin and reflects our belief in the long-term potential of blockchain technology and its position as a core component of a next generation financial technology platform.”

Prior to purchase ETH, the company bought bitcoin, holding 18 BTC bought in the open market at an average price of $33,083. Apart from buying crypto assets, Mogo recently acquired a 19.99 percent stake in major Canadian cryptocurrency exchange Coinsquare, with an option to increase its stake to 43 percent.

While cryptocurrency has been around for more than a decade, the nascent industry has seen increased institutional adoption from leading mainstream companies since 2020. Microstrategy became one of the first major firms to purchase bitcoin back in August 2020, and has since been on a BTC buying spree. In April 2021, Microstrategy announced that its non-employee directors would receive payment in bitcoin.

Other companies such as Square, Guggenheim, Tesla, among others, have added the number one crypto asset to their balance sheets.

Although bitcoin seems to be enjoying a great level of adoption from large institutions, some companies are beginning to allocate a portion of their balance sheet to Ethereum. As previously reported by BTCManager back in April 2021, Chinese app developer Meitu holds 31,000 ETH, after purchasing 15,000 ETH and 16,000 ETH on two different occasions. The company also holds 940 BTC.

In addition to purchasing crypto, various companies are also accepting cryptocurrency as a payment method on their platforms.