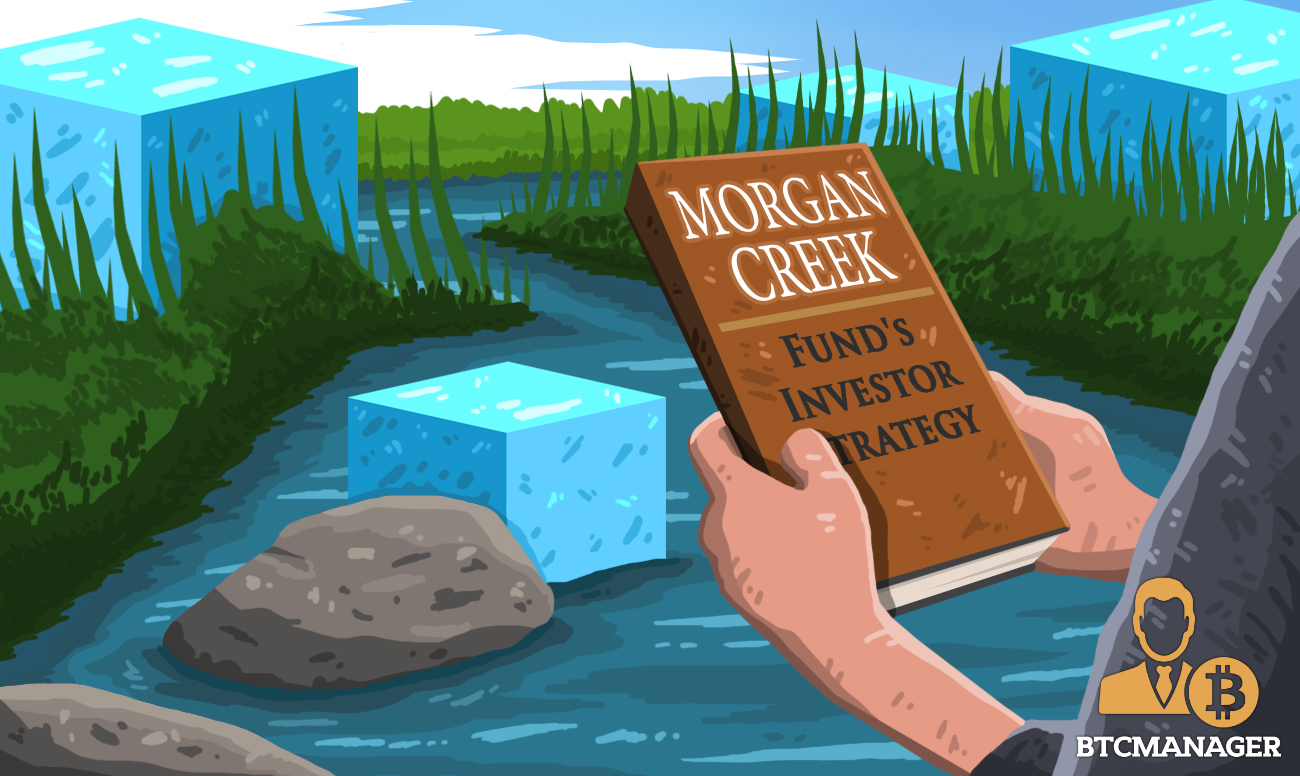 Morgan Creek Capital Management is one of the brave American asset managers that have taken the leap towards cryptocurrency investing. In a partnership with Bitwise Asset Management, the asset manager provides access to blockchain assets for institutional investors through its Digital Asset Index Fund, which tracks the top ten largest cryptographic assets in the market.

In its most recent quarterly market outlook, Morgan Creek highlights its belief that fiat currencies will be replaced by cryptocurrencies and suggests that investors should get involved in this asset class despite Wall Street pundits’ claims of a bubble bursting.

In Morgan Creek Capital Management’s 2Q/2018 Market Outlook and Review, the asset manager makes the bold claim that fiat currency will be entirely replaced by cryptocurrency in the future.

“In our view, blockchain is a truly revolutionary technology that will disrupt the entire Chain of Value in the same way that the Internet disrupted communication and commerce. [We] believe money as we know it is going away and it will be replaced by the Internet of Money (or Internet of Value). [We] believe Bitcoin (and other cryptocurrencies) are here to stay and they are just getting warmed up,” Morgan Creek states in its report.

Despite claims by opponents of decentralized digital currencies that bitcoin is a fraud and that the “crypto bubble” has popped, Morgan Creek believes that the recent drop in crypto asset prices (as well as future drops) “will turn out to be barely observable wiggles on a long-term chart as cryptocurrencies replace fiat currencies over the coming decades.”

Although incumbents pushback most affected by this disruptive technology, namely financial institutions and governments, bitcoin has entered the mainstream conversation more than ever before. Moreover, more and more individuals are moving their money from fiat currency into its cryptographic counterpart, thus adding to the digital currency’s network effect the report claims.

“Bitcoin prices are following a 2014 Logarithmic Non-Linear Regression model [and] that model predicted the $10,000 price this past November and shows how Bitcoin will move the next 10X to $100k over the next three years,” the report continues.

The asset manager even touted bitcoin’s arrival at “Gold Equivalence” and a market cap of $8.4 trillion within a decade.

The price rally, however, will not happen overnight as Bitcoin’s positive network effect will take time to be reflected in the digital currency’s price due to the high propensity to “HODL” among bitcoin investors. The price of the pioneer cryptocurrency experiences so many spikes in volatility as a large percentage of bitcoin does not change hands often and, thus, lower trading volumes can cause intra-day and intra-week price fluctuations.

Moreover, Morgan Creek highlights the talent migration moving to cryptocurrencies and blockchain technology as a clear sign that decentralized digital currencies are here to stay and an emerging belief in the future of the technology. The last time so many talented people moved from business and finance into a specific sector was during the Internet Gold Rush of the early 90s, which culminated in the Internet-based technologies we take for granted today, the report states.

Morgan Creek also points out bitcoin’s strong portfolio diversification benefits as a reason to invest in the digital currency. Even only a small holding of one to five percent in BTC can have a significant positive impact on a portfolio, according to the asset manager.

In the report’s summary, Morgan Creek Capital Management states: “[We] believe that continuing to build an allocation to cryptoassets and digital securities will add value to portfolios (both in terms of return enhancement and correlation benefits),” thereby recommending its clients to take digital assets seriously and invest in this promising new digital asset class.

Of course, Morgan Creek’s price predictions and raving review of the future of bitcoin and cryptocurrencies need to be taken with a grain of salt as the company’s market outlook acts effectively as a call-to-action to its existing and potential clients to invest in digital assets through its newly launched Digital Asset Index Fund.