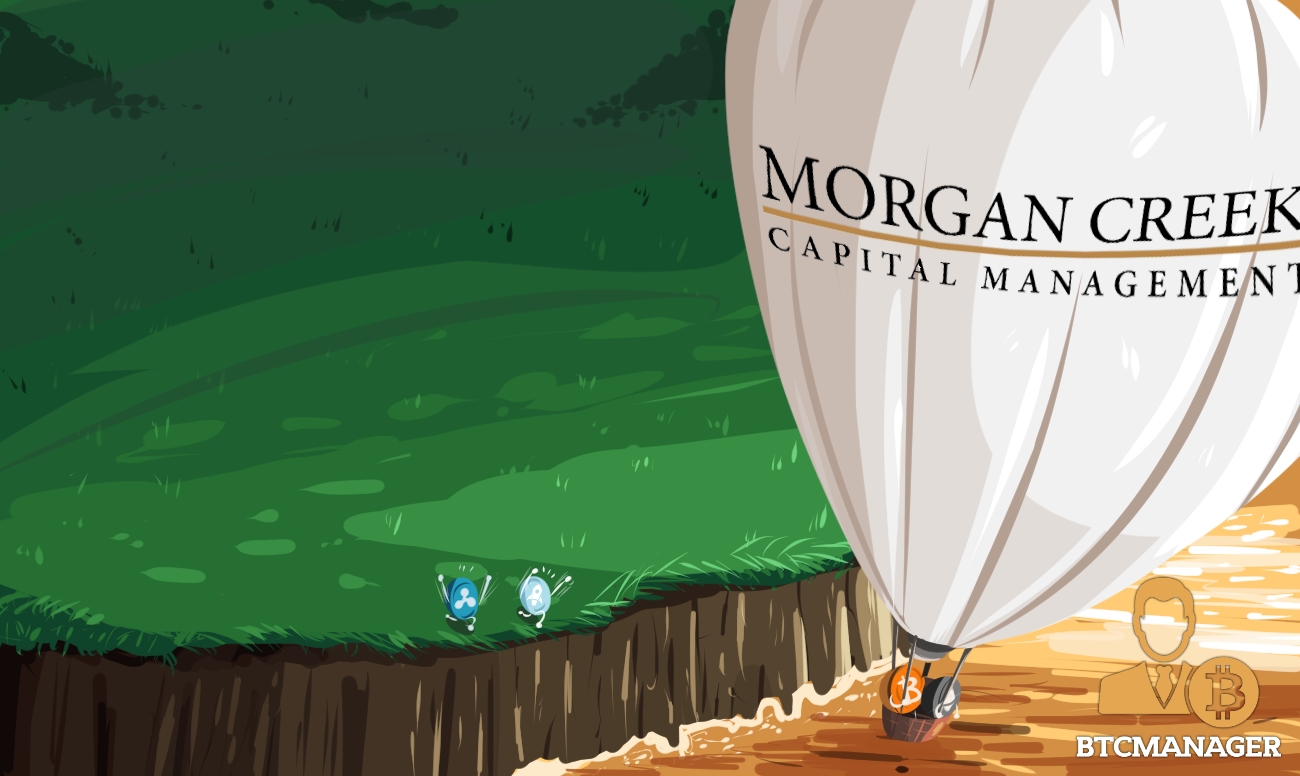 Morgan Creek Digital Asset Index Fund launched on August 29th signaling a jump forward for large-scale adoption of cryptocurrencies. With the backing of the Morgan Creek Institutional Investment House, the digital asset index fund will include significant players like bitcoin, and ethereum, though it will leave ripple and lumens out of the asset mix.

Morgan Creek currently manages around $1.5 billion in assets for pension funds, accredited investors, and wealthy families. The digital asset index was created as a way to help large investors gain exposure to Bitcoin, ethereum and eight of the most popular cryptocurrencies by market cap. However, XRP and lumens will not be featured due to their pre-mining process.

Proof of Work Vs. Pre-Mining

XRP is currently the third largest cryptocurrency with a market cap of $13.4 billion. Lumens is valuated at $4.2 billion. Other premined tokens which can be excluded from this fund are NEO, TRON, ICON, and NEM.

Most crypto is mined through a “proof of work” process which generates value through computing power within a blockchain network to mint new coins. Pre-mined currencies are generally created before the coin is released to the public.

For some in the crypto space, pre-mining is an ethical misstep because original miners can keep a large number of coins to themselves for future use or dispersal. This undermines the transparency inherent to a blockchain system.

For the Morgan Creek Digital Asset Index Fund, cryptocurrencies like XRP and lumens bring in several risk factors which the fund is attempting to protect its customers from. For Morgan Creek, a central party owning 30 percent or more of a particular asset exposes their customers to too much volatility.

The fund also requires that the crypto it holds include trade concentration limits, custody qualifications, and the ability to be secured offline.

Along with bitcoin and ether, the asset mix includes bitcoin cash, litecoin, zcash, monero, ethereum classic, EOS, and omiseGo. The index fund maintains a market-cap-weighted basket which is evaluated monthly.

The Morgan Creek Digital Asset Index Fund hopes to distinguish itself from other crypto backed funds through its committee of vetters who will steer the asset pool away from fraud and presumably towards profit. Given that pre-mined coins are generally held by a single central group, this leaves the door open for market manipulation.

The digital asset fund became available with the August 29th launch, though institutional and accredited investors can only access it. The fund will be audited by Cohen & Company this fall with published results expected annually.