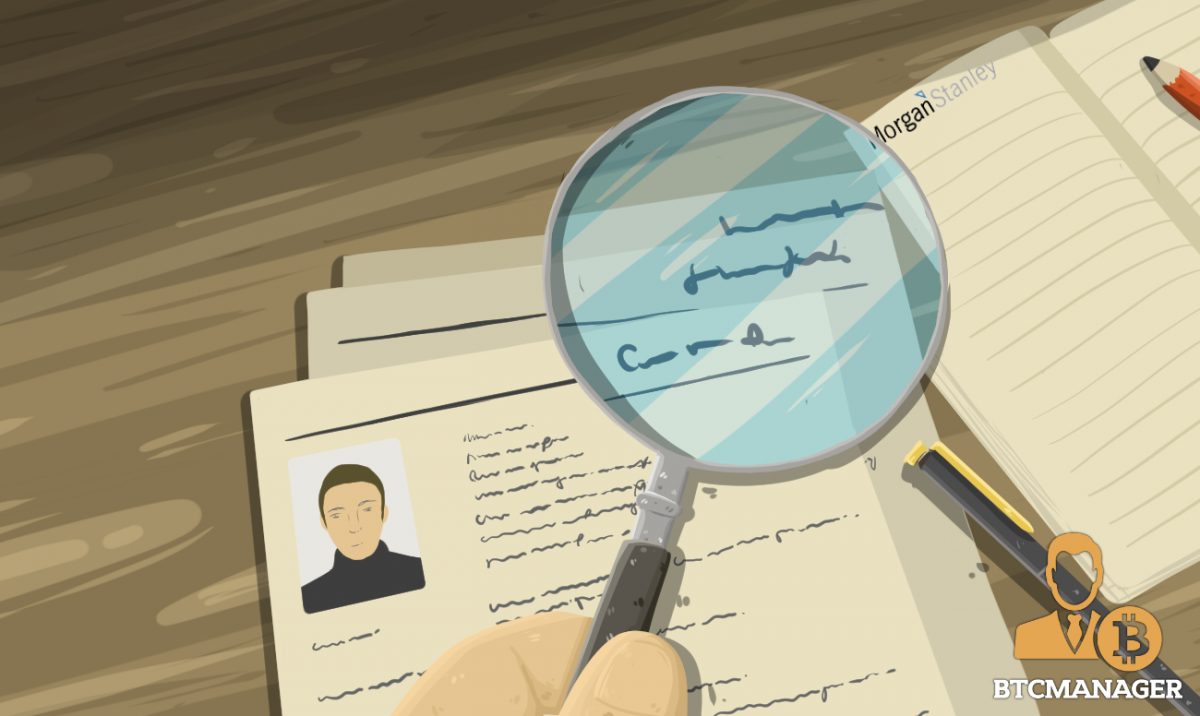 In another sign of the times, more and more traditional investment companies and banks are looking to get new employees on board that have significant experience in blockchain technology and digital currencies. Morgan Stanley is one of the world’s most established investment banks, and they are searching for candidates that have the crypto knowledge to become part of their stock research team.

Most of the progressive finance firms in the world have already set up some form of blockchain division, as well as having cryptocurrency experts on board to help the teams to identify potential opportunities in the market. Even those that may have been pessimistic in the past have finally gotten on board the blockchain bandwagon.

Jamie Dimon of JP Morgan, for instance, has been one of the more vocal critics of bitcoin, is now developing their own variety of technology known as Quorum.

However, Morgan Stanley clearly sees the potential when it comes to digital currencies. With that, the firm has advertised three new positions on LinkedIn related to equity-research employment including that “knowledge of cryptocurrency is a plus.”

The role of equity analysts is to look at the company’s fundamentals in a certain sector and, based upon this analysis, create research which clients can use to help their investment decision-making process.

Morgan Stanley now produces this type of research for clients related to blockchain and cryptocurrencies. One of those analysts working on this research is James Faucette who, for example, recently looked at how the payment industry might be affected by virtual currencies.

Some firms have always been positive about the benefits of both digital currencies and blockchain technology. Others started off as being pessimistic and are only now slowly becoming more bullish on the subject.

A few Morgan Stanley analysts posited in January 2018 that cryptocurrency mining could lead to decent business opportunities for developers of renewable energy due to the high electricity demand these miners have.

At the beginning of 2017, the cryptocurrency market was only worth about $17 billion, but this figure ballooned in 2018 until pushing over the $800 billion mark. This increase, of course, made those in Wall Street sit up, as they never miss out on an opportunity to make money.

While Dimon called bitcoin a “fraud” and BlackRock’s Larry Fink explained that it was only useful for laundering money, the Morgan Stanley CEO James Gorman took a more measured approach.

In September 2017, he publicized his belief that bitcoin is “certainly more than just a fad.”

While he did note that bitcoin is significantly speculative, it isn’t inherently dangerous. The CFO of the bank in January also allowed their clients to trade the bitcoin futures provided by the CME Group and Cboe Global Markets.