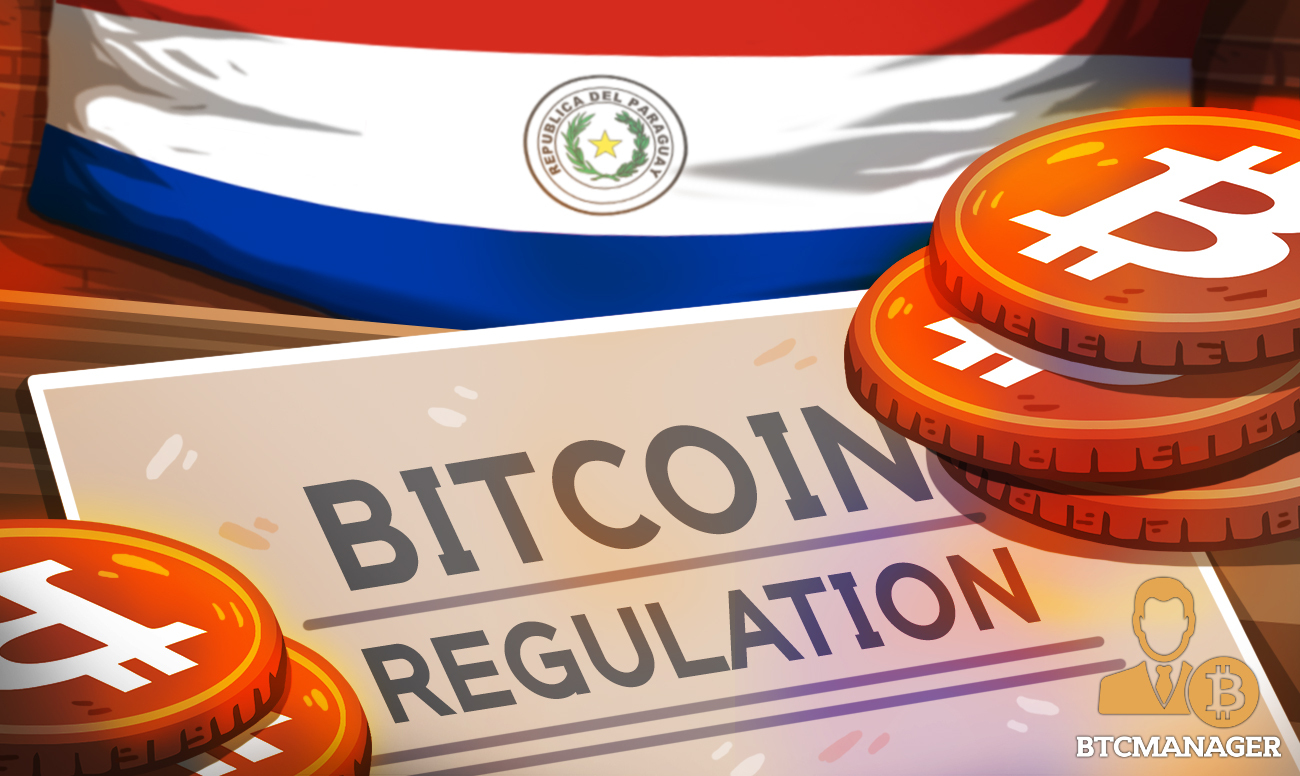 After El Salvador, Paraguay could be the next nation to adopt the bitcoin standard.

Bitcoin Regulation Legislation to Be Introduced

In a tweet shared today, Paraguayan lawmaker Carlitos Rejala said he was working with Senator Fernando Silva Facetti to introduce legislation focused on bitcoin (BTC) regulation in the country.

I am here to unite Paraguay 🇵🇾, that is why we decided with Senator @FSilvaFacetti to present together the bill #bitcoin on Wednesday, July 14!
Stay tuned since there will be a mega surprise for Paraguay and the world. Something GIANT is coming 🌍#Bitcoin #btc

Notably, Rejala is expected to introduce the legislation on July 14.

If Rejala’s past tweets are anything to go by, it would seem the lawmaker is committed to make Paraguay the next country after El Salvador to make bitcoin an integral part of the economy.

While initially there were speculations that Rejala is working toward making BTC a legal tender, the lawmaker later cleared the air saying the legislation is more about regulating bitcoin in an efficient manner.

“We want the regulators and banks to also participate so that Paraguayans or foreigners can operate with these assets legally, because we know that illegal transactions exist here and in other countries. We want to be a crypto-friendly country.”

“It is a bill of digital assets and it differs from that of El Salvador because they are taking it as legal currency and in Paraguay it will be impossible to do something like that.”

Is Adopting the Bitcoin Standard the Answer to All Economic Woes?

El Salvador’s move to adopt bitcoin as legal tender took the world by surprise as never before in history has a nation embraced cryptocurrencies to such an extent.

While the motive behind the move might be to ensure financial sovereignty, it remains to be seen whether such initiatives are able to attract enough public support.

That being said, one cannot overlook why financially troubled countries would pivot to bitcoin to reduce their dependence on the greenback.

For instance, consider the example of countries like Argentina and Turkey.

Earlier this year, Google search for bitcoin peaked in Turkey following the brutal fall of the Turkish lira which was preceded by the President’s move to sack the country’s central governor abruptly.

In similar news, BTCManager reported on July 8 that Jose Luis Ramon – a member of the Chamber of Deputies of Argentina – had floated a bill to make bitcoin and other cryptos legal payment options in the country.