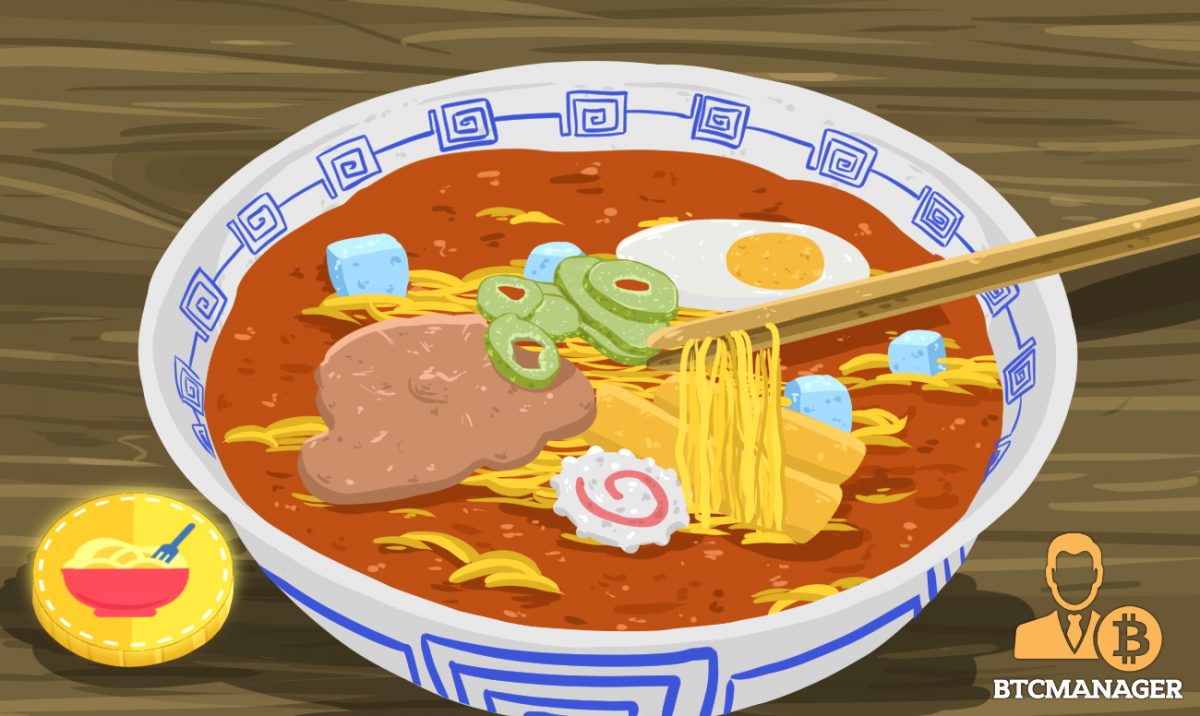 Since crypto markets have turned bearish, a running joke in the community has been ‘going long on Ramen,’ referring to the fact crypto holders have seen their wealth decrease and are minimizing their expenditure by living off of the cheap and convenient dish. A new Ethereum-based cryptocurrency, Ramencoin, will utilize the potential of blockchain technology and provide a cryptocurrency dedicated to fighting hunger.

Novel ideas for the use of the blockchain are becoming more and more prevalent. The connection that it can foster between communities is something entirely new, especially on the scales that the crypto scene is expanding into.

Startups are pushing boundaries in this territory, attempting to create functioning ecosystems that focus on their specific niche. Even further we have seen new forms of global charities that function within the blockchain as well, allowing the guarantee that funds gathered by these peer-to-peer charitable entities are used as they should.

Bridging the Worlds of Cryptocurrency and Charity

This is where Ramencoin comes in. They are attempting to bridge a gap between the large niches of Anime and crypto to fight against world hunger with ramen noodles and are utilizing the increasingly popular airdrop method.

The idea may sound a little silly at first, but the numbers quickly clear any doubt about the potential of this project. Anime streaming on sites such as Crunchyroll and Kiss Anime have a combined viewer count of over 200 million monthly, while over 100 billion packets of ramen are sold yearly.

The noble mission here, then, is to combine these two niches somehow using a cryptocurrency which will then be used to purchase supplies to fight global hunger. To do this Ramencoin is planning to partner up with businesses in both the Ramen and Anime market that have already begun to adopt cryptocurrencies to ease the transition into other businesses that have not yet.

For the initial supply that will be available on exchanges and donors, 60 percent of the 350 million total supply of Ramencoin is allocated to a traceable wallet that all proceeds from will be used on supplied to fight starvation globally.

If this wasn’t enough Ramencoin is cementing the fact that they are only in this for charity by not raising funds via an ICO, their number one priority is the sale of these coins on exchanges, and to donors, so they will be able to buy supplies for their mission against hunger. The project engaged in an airdrop recently to distribute the coins and generate interest, with users required to send 0 ETH via MetaMask to the following contract address; 0x6feb3a071A2732378521c53d024B67ad068Ec921.

Following the Footsteps of Dogecoin?

Ramencoin seems to be a legitimate cryptocurrency that will be pushed into niche anime and ramen markets for its users to use or hold as they see fit. Those who join in on this will be helping cryptocurrencies make a jump into a large market while simultaneously helping a great charity. Win-win to the fullest extent of the term.

This makes Ramencoin officially the first “Proof of Ramen” cryptocurrency. The crypto project is reaching out for a good cause and to interconnect a huge global community with the blockchain. As far as charities go, this plan ranks high for ethics. However, one warning sign is that it is not entirely clear who is behind the project, and without any reputable figures, it may be unlikely to gain wider support. When clicking on the team section on their website, nothing comes up.

The Twitter account of the project was banned after many individuals reported the account for not receiving more free coins. A message on Telegram indicates that the team are working on getting the account back online, as well as adding the coin to exchanges over the long run. Ramencoin is due to appear on ForkDelta in the upcoming week or so, according to the admin of the Telegram channel.

Those interested in these niches should definitely check out Ramencoin as they slowly roll out over the next few months. It will be interesting to see what can be done with the tools and demographics available here, and the project may end up like Dogecoin; while starting out as a joke, Ramencoin may just end up evolving into something much bigger.