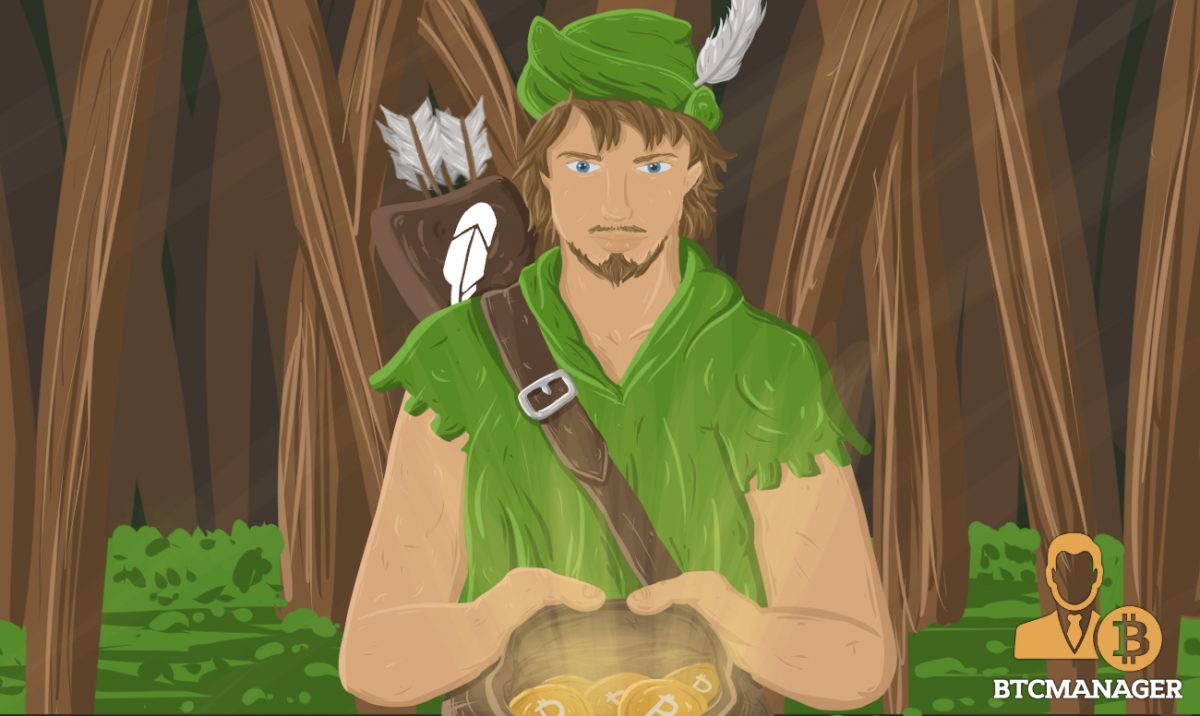 Robinhood has been making waves since it launched its zero-fee crypto trading platform in 2013. The adoption of different altcoins, regulatory approval in a handful of American states, and a fast-growing user base have all pointed to a potential unicorn in the space. Despite all these positive signals, however, a recent article on Seeking Alpha from September 10, 2018, pointed out that the firm’s business model might not be as transparent as advertised.

The bashing unfolded as financial commentator Logan Kane observed that Robinhood was selling trader data to high-frequency traders (HFTs) and firms. To be clear, there is nothing unusual about this. It is often practiced within the world of finance, and this information is also clearly stated in the platform’s Terms & Conditions:

Beyond that, however, it would be tricky to identify precisely what type of data is “transferred” or “processed” by the firm. Fortunately, Kane breaks this down by pulling up Robinhood’s SEC Rule 606 Disclosure. This information provides the SEC, and interested parties, an opportunity to look closer into routing practices and to improve public disclosure of the startup’s activities. In the case of Robinhood, their report offers insight into “information on the routing of ‘non-directed orders’ – any order that the customer has not specifically instructed to be routed to a particular venue for execution.”

Apex Clearing Corporation, Citadel Securities, LLC., Two Sigma Securities, LLC., Wolverine Securities, LLC., and Virtu Financial, Inc. are all included in the disclosure as each of these companies pays Robinhood “for directing equity order flow” back to them. Otherly, they are the buyers of the “non-directed orders” mentioned above. 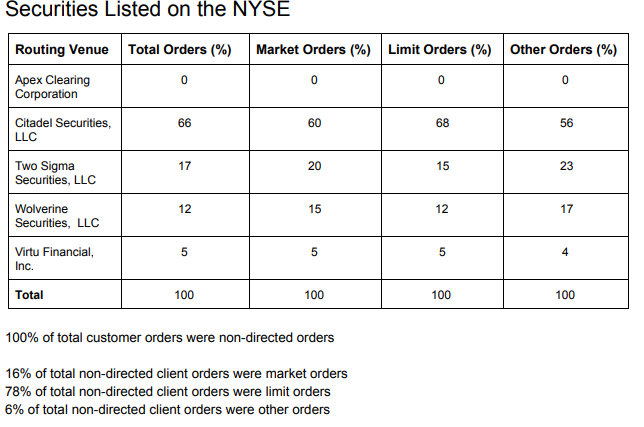 In layman’s terms, Robinhood sells information about buy and sell orders by its mass of users. Data like time, quantity, and type of order are all eligible. These companies want this information because it helps them develop more accurate trading strategies, just as advertisers use similar input to develop targeted marketing strategies. Paying for information on liquidity, for instance, is highly valuable and after looking through Robinhood’s figures, they are aware of their product’s price tag.

A convenient mental model for how to think about this is by understanding the millions of dollars that Facebook and Twitter make from selling their users’ data to third-parties. Both services are free, but that doesn’t mean there isn’t a cost. It seems this also applies to free trading.

You Are the Product

The amount that Robinhood earns from learning about its users’ trades can only really be understood by comparing one 606 disclosure with another. Kane adeptly provides this step by comparing Robinhood’s selling metric with E*TRADE.

At a glance, the two documents look relatively the same, except for one difference. The latter reports their metrics along a per share vector, while the former reports along a per dollar measurement.

Similar information on all companies with whom Robinhood sells customer data can be found in their 606 Disclosure.
(Source: Robinhood)

E*TRADE (ETFC) sells trade orders at approximately a tenth of a penny per share.
(Source: E*TRADE)

Kane explains the importance of this distinction thusly:

As much as Kane would like to slam the gavel and condemn Robinhood for their behavior, there are other points to consider. First, Robinhood is not E*TRADE nor does is offer the same volume of trades as TD Ameritrade; the California-based startup is just that, a startup, albeit an expanding one. This maneuver could thus be framed as a bootstrapping module leveraging institutional investors eager attempts to learn more about cryptocurrency trading. Robinhood can continue their expansion into the “free” crypto trading space, while buyers of trading data pay a pretty penny to better profile how this market moves. For all intents and purposes, it’s good business.

The real fault lies with the investors unaware of these practices. Or, rather, the millennial investors who failed to consider the emerging data market despite the weekly stories about their favorite social media platforms. Herein lies a fundamental problem with the cryptocurrency space and the arrival of the institutional era: In 2018, data is as valuable as money, digital or otherwise

In forgetting the foundations of bitcoin and its attempt to reconcile financial sovereignty and the original sin of the internet (i.e., banner ads, paywalls, online journalism business model), users are digging new graves right next to the one they just stepped out of.

It is a philosophical deviation before anything tangible, but many seem to forget this. In the meantime, groups like Robinhood are reaping the benefits of society’s short-term memory. What will it take to finally snap out of it?