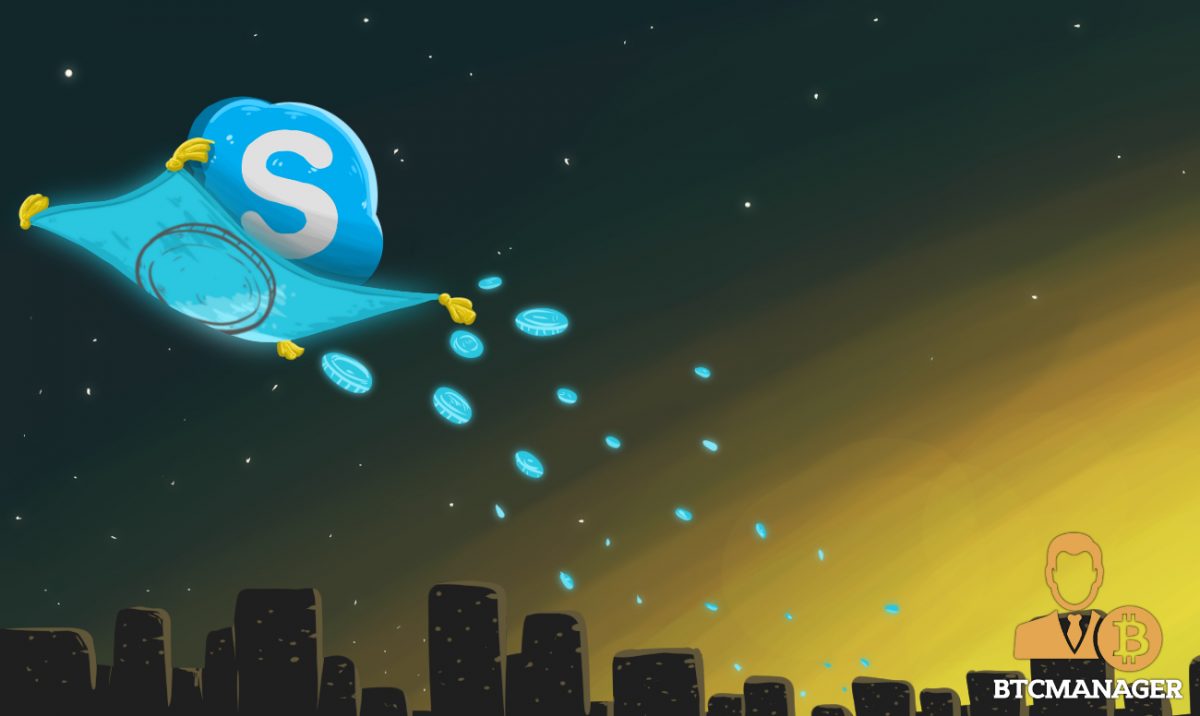 Trading houses have resorted to Skype calls to enable the buying and selling as well as lending of virtual currencies in over the counter trading that moves hundreds of millions of dollars daily. Over the last five years, numerous traders, wealthy private investors, miners and now hedge funds have enabled an OTC forum that trades digital coins daily along known routes.

Online messaging – notably Skype – is facilitating the trade that involves some 20 traders at various houses. Reuters reports that mostly bigger investors try to avoid generating turbulence on the online exchanges and are rather doing business via Skype.

The founder of crypto-focused hedge fund Galois Capital, Kevin Zhou, said that “Generally, you would go trade through an OTC desk when you have a large block trade you want to do without moving the market too much or incurring too much slippage.”

The traders identified all work at visible players in the industry, firms such as financial service provider Circle, Cumberland Mining, a division of the proprietary trading firm DRW Holdings and the Digital Currency Group’s New York broker-dealer Genesis Global Trading. Circle is the Goldman Sachs-backed company that, in spite of the parent company’s supposed aversion, recently acquired the Poloniex exchange.

OTC trading goes unreported mainly and some of the dealers involved handle over $100 million in daily cryptocurrency trades, with the minimum ticket sizes varying between $75,000 and $250,000. OTC trading is seen as attractive to many after the high-profile theft, and other hacks have plagued exchanges. Rather than stashing fiat currency and digital coins in a digital exchange, many investors are enjoying the direct-link trading emerging as a shadow market of the currently enabled global cryptocurrency trading floor.

One anonymous OTC trader confirmed that “When the big [exchange] hacks happen we tend to see business go up.” Wire transfers and digital wallets facilitate the trading that comes with its own set of risks. Price determination is muddy, and market sentiment plays a more significant role in the deal. As opposed to investors vetting counterparties before trading, thus avoiding the possibility of laundering illicit funds, investors also trust the broker to perform the task and keep their trades clean.

CEO of Genesis, Michael Moro, said that they handle anything between $75-$80 million in daily trades, which represents a tenfold increase from just a year ago. In the heyday of the bitcoin spike, monthly volume hit an all-time high of $1.5-$2 billion in December 2017. Jennifer Hanley, a Circle spokesperson, confirmed that the firm handled around $4 billion in monthly OTC trades during 2017.

Cumberland has been expanding, hiring employees and opening new offices in Europe and Asia according to the global head of trading Bobby Cho. A previous face at the itBit exchange and SecondMarket, Genesis’ forerunner, Cho said that “We needed a tool that was global and more or less free and Skype provided that.” He did note that a shift was happening, where conversations were exiting Skype for more mainstream messaging platforms.

With regulators coming out with more favorable legislation – good news for many – they are also now to be forever present in the cryptocurrency trading arena – less welcome news for some. Regulations are still to be enacted in real-time, and 2018-2019 will be a testing ground for amendments and adjustments.

While the cryptocurrency asset class grows, traders are still often trying to make sense out of the application of existing legislation, while coming to terms with new oversight. The CFTC has labeled Bitcoin a commodity. The SEC has stated that certain cryptocurrencies may be classified as securities without further clarification.

Joel Telpner, a partner at Sullivan & Worcester, pointed out that the type of asset traded and whether or not it is compulsory to trade it via a registered outfit determines whether a desk registers with regulatory bodies to ensure compliance.

Genesis has been registered with the SEC as a broker-dealer, also registering with FIRA (Financial Industry Regulatory Authority). Genesis offers limited trading, listing only seven coins and also recording all client-broker conversations, and Moro said that “We’re about as highly regulated as you can possibly be in the digital currency space.” Hanley confirmed that Circle only offers a “very limited” number of cryptocurrencies as OTC options, and that these were “aligned” to the company’s “regulatory licensure.”

A DRW spokesperson confirmed that Cumberland offers 25-30 virtual currencies and is active in working with regulators so that they can experience the markets and also any implications of new regulations imposed. Skype declined to comment.