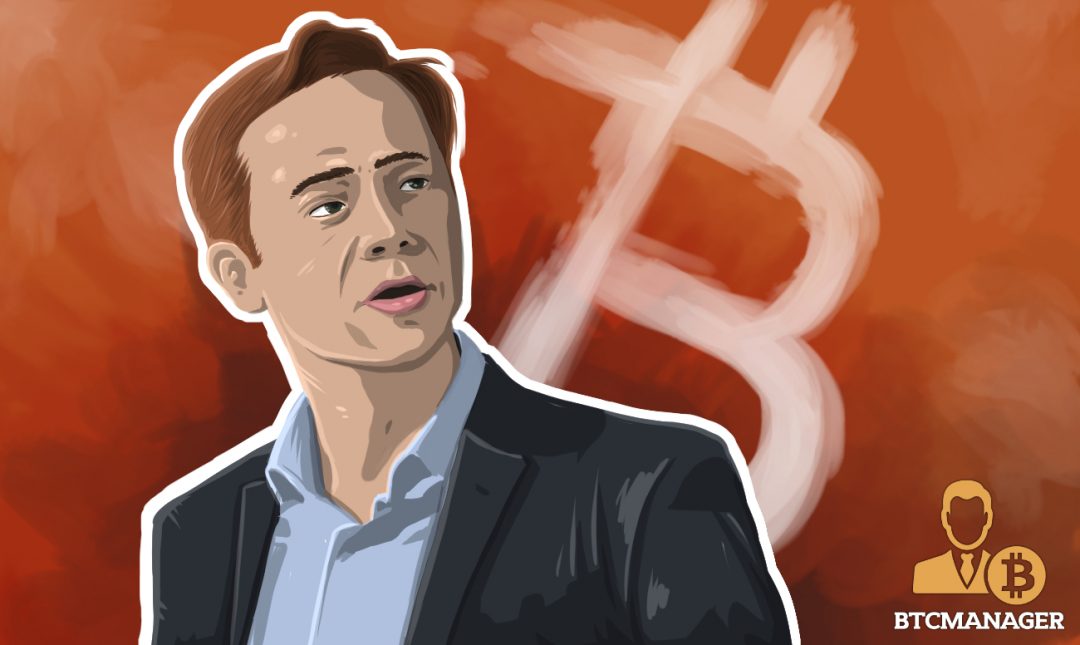 If you have heard of an ICO, chances are someone was trying to sell you a “coin” that sounded like bitcoin but cheaper, faster, and better. Diving into the ICO phenomenon that is quickly gaining in popularity amongst blockchain startups, BTCManager had a conversation with the man who started it all.

Brock Pierce is a venture capitalist and something of a celebrity in the cryptocurrency space. You may know him as the child actor in the 1992 film, The Mighty Ducks, but in the blockchain sector, Pierce is an early stage investor and a serial entrepreneur, known for inventing the ICO, or Initial Coin Offering.

In 2013, Pierce created the very first ICO of its kind, Mastercoin (since rebranded to Omni), in an unprecedented move where a development team sold “tokens,” rather than equity, to a global audience of investors—none of which were accredited. The fundraiser was a huge success, raising 5,000 BTC, which was worth about $500,000 at the time. It changed history, setting the stage for future blockchain-based projects to come.

Now, well into 2017, the blockchain space has seen upwards of ninety-five ICOs.

BTCManager spoke with Pierce about the past, present, and future of venture capital and ICOs.

What is Your Relationship to Projects doing ICOs?

I could’ve been a founder of a lot of the big ICOs. You take Ethereum—I wouldn’t have wanted to be a founder—I would’ve gotten 200,000 ether for being a founder. My crew put in 500 bitcoin, we got a million ether—and I wasn’t a director or officer. So I would much rather have been an investor all these years than someone with the liability because there’s a lot of legal concerns.

“That’s why the ICO market finally happened; it’s because the generalist VCs stopped putting more capital in it; it flatlined.”

Why did Venture Capital Flatline?

There were no exits and revenues were diminishing; we were in a bear market. And VCs want to see exits and revenue. And they were right to say, ‘I got a little bit of exposure. I’m just going to wait and watch. I still think this is cool, but I’ve got drones and autonomous cars; I’ve got other industries I can invest in as a generalist. It’s on ice, and when it gets hot again, I’ll go back in.’ So what happened is the market kept moving. That’s the macro of what happened.

What is Your Stance on Regulation?

There’s been so many ICOs; I became incredibly concerned about legal issues because I think a lot of this stuff is being done wrong. And I have so many opinions about how to do this stuff right that I created the BCAP, or the Blockchain Capital token. I didn’t need the money; I did this as a gift to the industry. To show them that you can do this differently, that you don’t need a convoluted structure to circumvent securities law and in the end create something that’s not worth anything. And it’s going to be a disaster. I want to put the fear of God in everyone right now. And I’m going to put a white paper out to show people best practices on how to do this.

It’s not going to be great when it’s all said and done for a lot these people. And it’s not because they’re bad people; they’re incredible engineers—they’re naive, and they don’t understand what they’re doing in the same way that Bernie Madoff… everybody said, ‘Hey, he invested. He must’ve done his due diligence, so I’m going to do it.’

“Everyone doing these ICOs is going, ‘Well, they did it. It must be good.’ And so no one’s doing their own work. You know, Ethereum is the only one that spent real money and took their time.”

What Prompted You to Start the BCAP Token?

BCAP—we spent about a million dollars on legal, and I got so many discounts and so many favors amongst securities lawyers; it would’ve cost $3 to $5 million to do what we did. This was a gift. To show people what can be done and how to do things. Everyone should be doing KYC. Everyone, for the most part, should probably not take any money from Americans—nine out of ten should avoid the US because 99 percent of your risk comes from America with only 20 to 30 percent of your capital. So as a trader think about that big. That’s a trade in life you do all day long; it’s a huge arc. So only the top products that can spend real money on attorneys, check all the boxes, and do things thoughtfully should when be touching the US during their offerings.

The other reason I did this is I think I just killed venture capital forever as the model works. Venture capital is an industry that invests in technology and the internet, and it benefited greatly. But how has it evolved in the last fifty years? It hasn’t. We allegedly invest in innovation and disruption, but how are we disrupting ourselves? How are we doing the Charles Schwab? At some point, I realize—because I’m not really a VC though I play one, I’m an entrepreneur—when I see a problem, and I see a better way to do things, I want to do it; I care more about that. I’d rather put myself out of business than maintain the status quo. I think what I’ve done is the end of all VC, all private equity, all rates because these are industries that are illiquid. If you can take the same product and have liquidity, would you? Yes. Everybody wants liquidity; liquidity is an incredibly enhancing aspect of anything.

What is Your Outlook on the Future of Venture Capital?

I think the Sequoias of the world will go out of business. I think all the big VCs are done. The role isn’t there anymore. What’s happened is if you think about how this industry works, generally—for blockchain and VC in general—we invest in milestone-based financing deals, pre-seed, seeds, As, Bs, Cs, Ds, Es, and when something eventually gets really big, we take it public. In the near future that’s over. What’ll happen is there will be pre-seeds and seeds, maybe an A, and everybody goes public after series A or B or C stage on a blockchain. And I think IPOs are dead. I mean, NASDAQ and the New York Stock Exchange as we know it are going out of business—they may buy something and evolve into a new brand, but their current model is done—they were built for a world of paper. Think about it; the current stock markets are local. Our market is global. When you can do a global offering or a local offering, forget where the markets are today, think in the future. Which is better? A global f*%king offering!

I mean this is why Bitcoin, or whatever comes after Bitcoin, will be bigger than any government currency because it will be a global macro currency. We’ll still have local currencies, but that will be the macro. It sits above it all. Same thing with IPOs. Why would I want to do a local listing when I can do a global listing using more efficient technology? Because the efficiency has improved, everyone’s going to go public at much earlier stages: A and B, once they’ve got a proof-of-concept.

I think that the $20 million funds—the Chris Saccas, the LOWERCASE, the Baselines—those are great, and if you look at the data of venture, the big funds don’t deliver returns anyway. All the returns in venture, if you look at all the historical data, is on these subscale $5, $10, $20, $50 million funds. Those groups will stay around. The big guys will evolve into hedge funds because we don’t need $2 billion venture funds anymore; they’re going to be extinct, there’s no role for them in the future. There will be hedge funds with different fee structures.