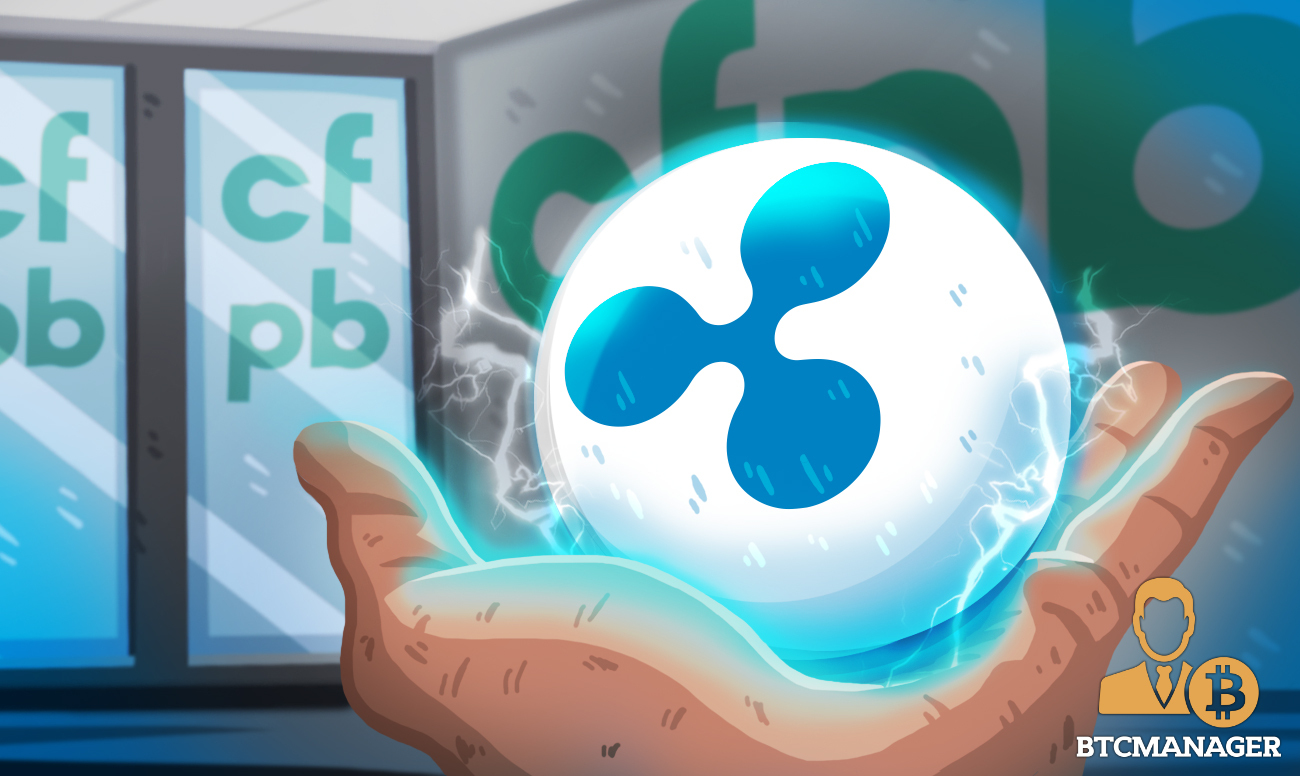 The United States Consumer Financial Protection Bureau (CFPB), an agency that focuses on protecting the interest of consumers in the financial sector, has acknowledged the potential of Ripple and XRP in the remittance ecosystem, according to reports on May 18, 2020.

As stated in its proposed rule change document entitled “Remittance Transfers under the Electronic Fund Act (Regulation E), which aims to amend the existing Remittance Rule and promote transparency in remittances, the Bureau of Consumer Financial Protection (CFPB) has made it clear that Ripple’s blockchain technology can make remittances less opaque.

According to the agency, the Electronic Fund Transfer Act, as amended by the Dodd-Frank Wall Street Reform and Consumer Protection Act, offers some protection to people sending cross-border payments or remittances and the agency now seeks to implement these rules and make it effective from July 21, 2020.

If all goes as planned, the amendment will make it possible for people sending cross-border money transfers to know the exact amount that the recipient of the funds will receive, even before the transaction takes place.

“The Bureau has continued to monitor the remittance transfer market and observes that most of these developments continue to progress. Examples include the continued growth and expanding partnerships of virtual currency companies such as Ripple, which offer both a payments messaging platform to support cross-border money transfers as well as a virtual currency, XRP, which can be used to settle those transfers.”

Stuart Alderoty, General Counsel at Ripple took to Twitter to hammer on the intricate capabilities of Ripple’s products. He tweeted:

The Consumer Financial Protection Bureau believes that Ripple's products could allow banks and credit unions to know the exact final amount that recipients of remittances will receive before they are sent. So do we!https://t.co/GTVQYf3wAM

Ripple’s payment solutions, including RippleNet, have continued to gain traction with more than  300 partners now on the network.  Meanwhile, XRP continues to rank among the top five cryptocurrencies by market cap, trading at $0.205 at press time.

On May 12, 2020, BTCManager informed that the UAE’s RAKBank with Bangladesh’s Asia bank to facilitate remittance payments via RippleNet.