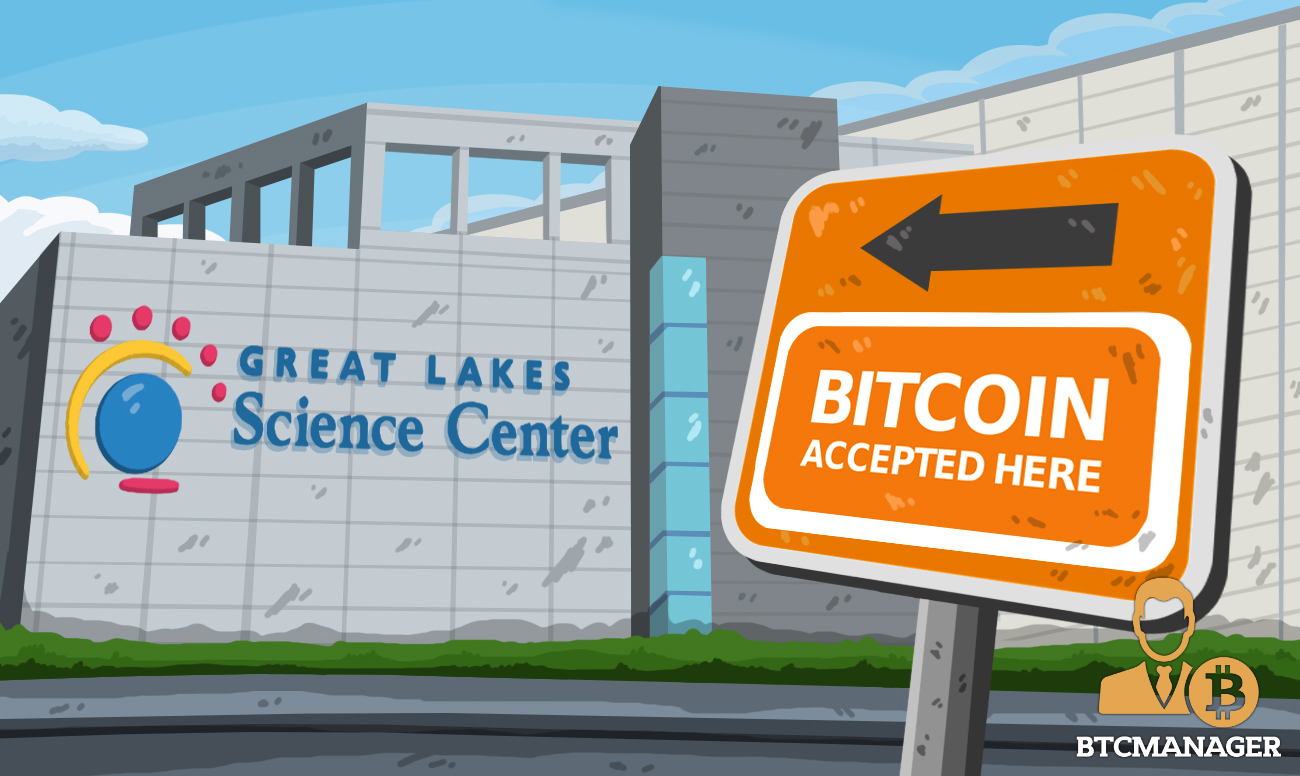 The Great Lakes Science Center, a famous American Museum which focuses on science, technology, engineering, and math (STEM) located in Cleveland, has recently accepted cryptocurrency as a form of payment. According to Crain’s Cleveland article published on November 9, 2018, the Great Lakes Science Center joins two other American Museums that also accept cryptocurrencies.

American Museums Open Up To Cryptocurrencies

Crains Cleveland reported that the Great Lakes Science Center would start accepting Bitcoin transactions beginning on November 13, 2018. The museum will use BitPay, a global Bitcoin payment service provider to process the Bitcoin transactions. The Science Center will accept Bitcoin before the Blockland Solutions Conference which will take place from December 1 to 4, 2018. The four-day event inspired the Great Lakes Museum to adopt the digital asset as a medium of exchange.

“There is a lot of excitement around the conference,” said Kirsten Ellenbogen, the Great Lakes Science Center President, and CEO. “Accepting Bitcoin is just a small part of the momentum to grow a blockchain ecosystem in Cleveland.”

Ellenbogen mentioned that accepting cryptocurrencies also falls in line with the museum’s efforts as the Science Center support progress in the STEM fields. Last year, the museum launched a mobile application that leverages augmented and virtual reality. It allowed guests to play with flames in space and even experiment on creating spacecraft designs that would re-enter the Earth’s atmosphere. Now, visitors can participate in the cryptocurrency and blockchain industry by using their phone to pay for their entrance free in Bitcoin.

The Great Lakes Science Center joins two other American Museums such as the Museum of the Coastal Bend in Texas, and the St Petersburg Museum of History in Florida by accepting cryptocurrencies as payment.

Cleveland is Growing A Blockchain Ecosystem

There are also many local companies that have even begun accepting Bitcoin. These include Skoda Minotti, an accounting firm that leverages the Coinbase platform to undergo Bitcoin payments in September 2018, and Light Speed Hosting, a hosting services provider who also runs a cryptocurrency Mining Facility in Medina County.

Bernie Moreno, an auto dealer and technology entrepreneur, believes that Cleveland can become a center for blockchain technology. Crain’s Cleveland Business noted that his plan to make the city a new blockchain hub has already attracted 80 businesses and civic leaders.