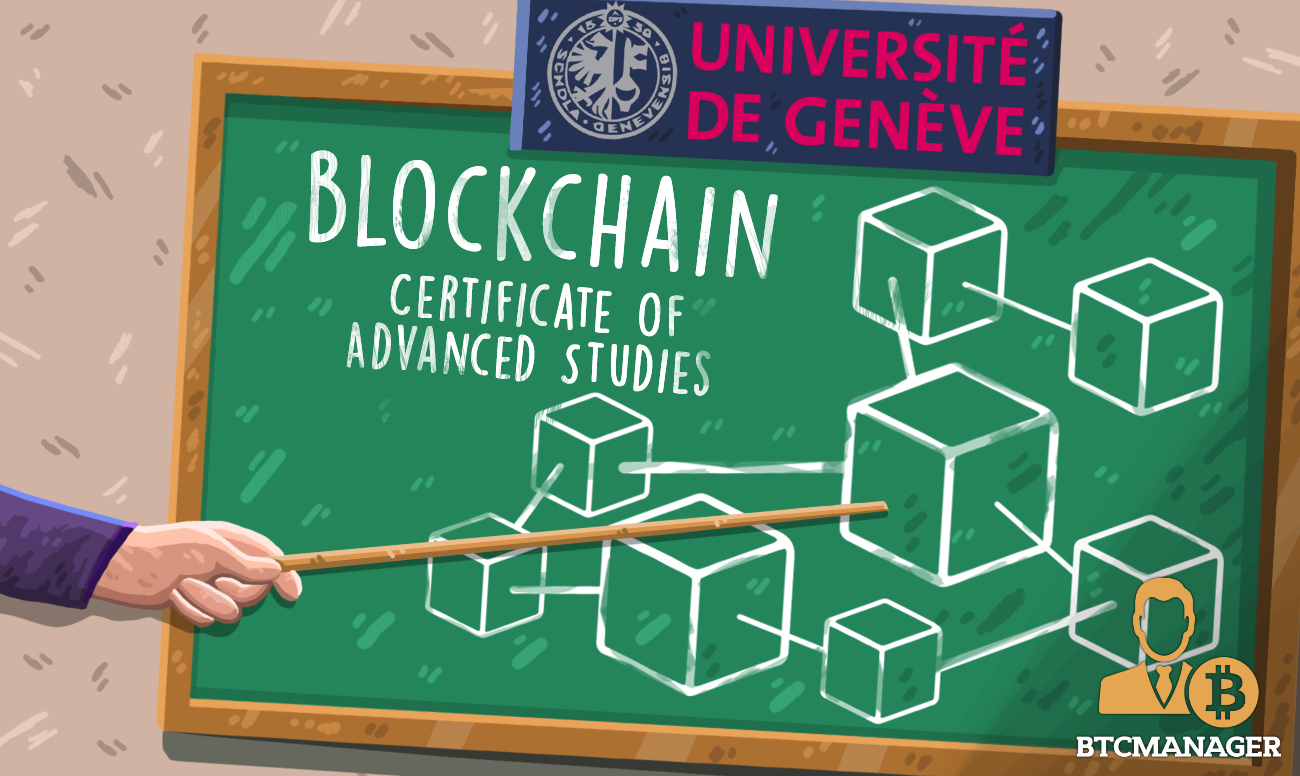 Blockchain education is seeing a boost as the University of Geneva in Switzerland has announced that it will offer a four-module course on blockchain development via a press release on February 5, 2019. The course will pay special attention to NEO, Ethereum, and Hashgraph Hedera.

Blockchain has, with time, found its way into academia with Universities from New York to Tokyo offering courses in them. Now, the University of Geneva in Switzerland is joining the bandwagon as they announced on February 5, 2019, that they will be offering a Certificate of Advanced Studies (CAS) on blockchain development.

The course will offer a full module on NEO and by undertaking it, students will be able to claim 12 European ECTS credits. The classes have also been made quite flexible, as students can study either on campus or via the internet. The course is intended to run for a three-month period and will last from March 1, 2019, till June 8, 2019.

Distributed ledger technology theory and blockchain will be covered in the first module while the remaining three will focus on NEO, Ethereum, and Hashgraph Hedera development. It should also be noted that the course is sponsored by these three projects as well as Fusion, another fintech-facing blockchain.

The objective of the program is to not only study the global blockchain ecosystem but to teach students how to design blockchain-based solutions for given problems.

The four modules being studied are:

The program will, however, not focus entirely on theories as students will have to generate a prototype featuring what they have learned to complete the course.

When discussing the need for the course, the information on the University’s website touched on the fact that there is a gap in the labor market.

“The development of decentralized applications (dApps) with Distributed Ledger Technologies (DLT) is a field that lacks qualified people all over the world and especially in Geneva where there is a political will for economic development around fintech, blockchains and other Initial Coin Offerings (ICO),” the post said.

There is truth to this statement as LinkedIn announced in 2018 that blockchain developers were one of the most searched jobs on their platform. Other organizations that specialize in blockchain education include the Blockchain Learning Group.

One way for companies to get involved in the project is to sponsor students to take the course. This is mutually beneficial as the student gets a blockchain education and the company gets access to a blockchain developer as well as their prototypes.