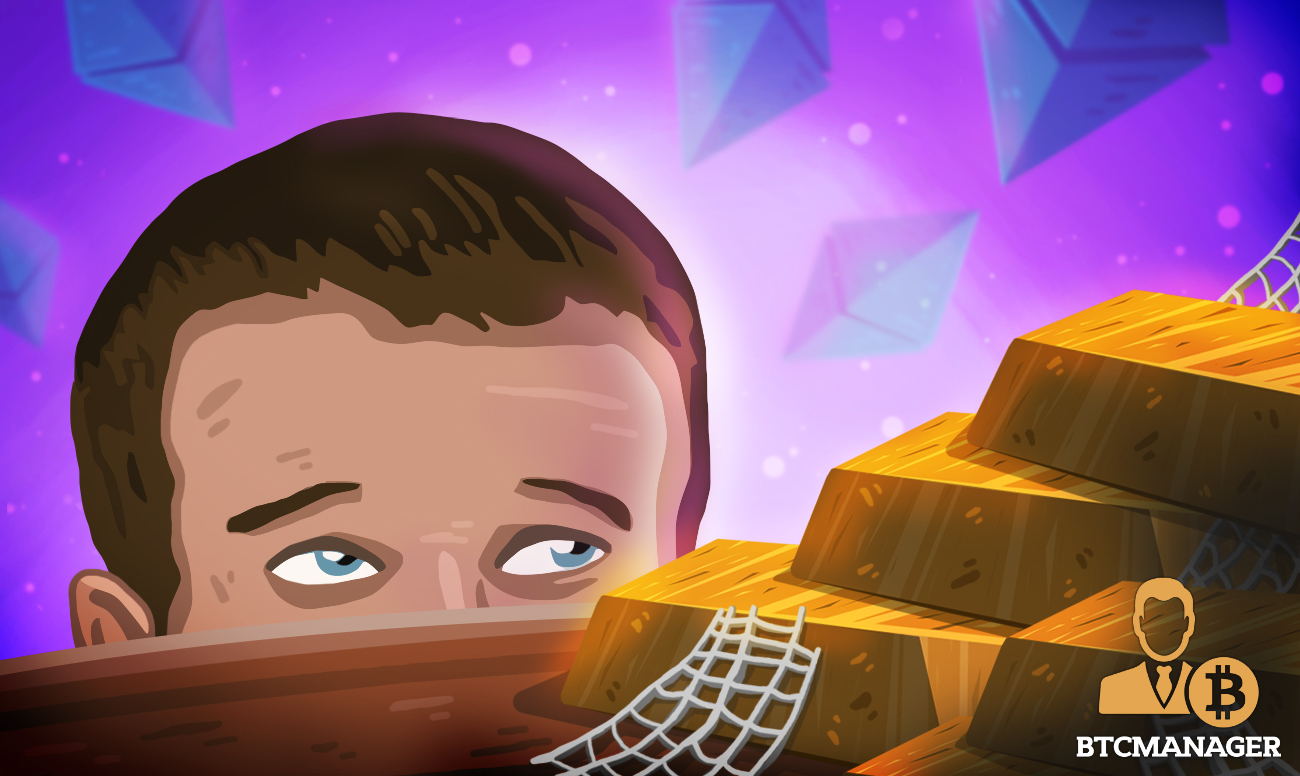 Top cryptocurrencies Bitcoin and Ethereum have had an explosive start to the New Year. BTC has rallied to a new all-time high above $34K while ETH just broke above the $1K psychological barrier and seems poised to climb higher.

According to Ethereum founder Vitalik Buterin, cryptocurrencies will continue gaining popularity against gold, which is down against BTC by around 66% over the past 12 months.

Buterin’s remarks came in a blunt endnote on 2020, where the ETH founder argued for an “underrated” bull case for crypto. He commented:

“One of the more underrated bull cases for cryptocurrency that I have always believed is simply the fact that gold is lame, the younger generations realize that it’s lame, and that $9 trillion has to go somewhere.”

This statement seems to be a direct lunge at renowned crypto critic Peter Schiff who recently argued that gold is a more efficient payment method than BTC.

Once a third party is introduced to store Bitcoin, it loses any perceived advantage it has over gold as a medium of exchange. With third party storage it's far easier and more efficient to use #gold as a payment method than it is to use #Bitcoin. Gold is money. Bitcoin is not.

As the Covid-19 pandemic has forced the world to turn to digital payments, Buterin sees the role of blockchains and crypto becoming more prevalent.

Moreover, quantitative government easing will heap even more debt on the young generation in 2021, forcing them to allocate capital to new forms of money, particularly crypto.

The younger demographic will also find alternative finance innovations such as decentralized finance, as per the latest blog by venture capitalist Fred Wilson.

In his end of year remarks, Buterin highlighted that public-blockchain-based solutions had been quietly moving forward and gaining actual adoption as centralized/consortium-based approaches failed.

He added that complex cultural forces such as people’s unwillingness to rely on systems with intermediaries would lead to blockchains and cryptocurrencies securing more use cases.

A flurry of big-name investors has come out to bolster Bitcoin’s reputation as digital gold, further cementing Buterin’s views. For instance, billionaire investor Stanley Druckenmiller recently argued that bitcoin would work better than gold, as it is thinner and more liquid.

CNBC’s Jim Cramer has also expressed his new-found appreciation of Bitcoin and the wider crypto market that has added a staggering $100 billion since the start of the year. The analyst claims that the digital asset class is something that he thinks his children will understand more so than gold.

Meanwhile, according to blockchain data platform bitinfocharts, the average transaction fees paid by Ethereum users have doubled as the ETH price skyrockets.

Buterin spoke out against high fees in a similarly congested period in mid-2020, arguing that such astronomical charges undermine the ETH network’s security.

Transaction fee revenue is now nearing half as high as block reward revenue. This actually risks making ethereum *less* secure because of https://t.co/Dase8SL30z. Fee market reform (ie. EIP 1559) fixes this; another reason why that EIP is important. pic.twitter.com/eqU3tAMh67