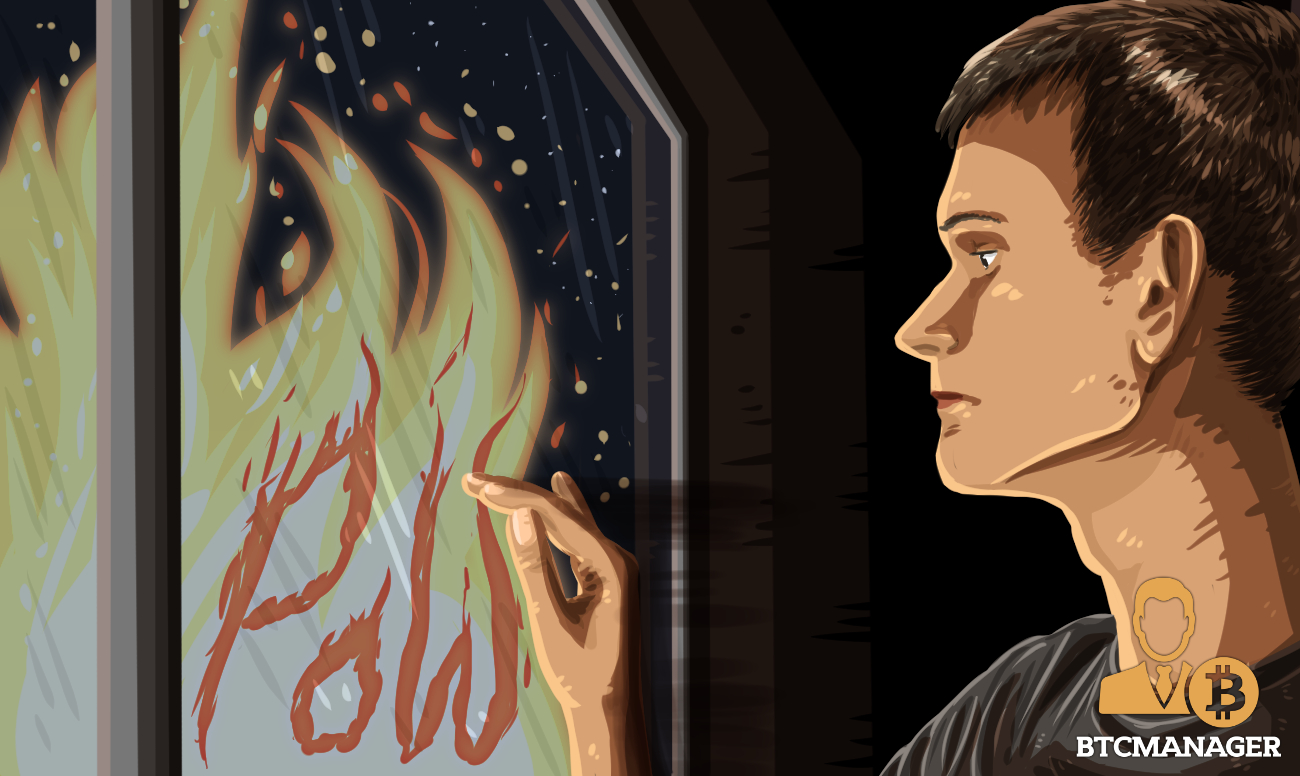 It’s hard to believe that in a remote town in rural Texas is transforming itself from the dirty coal mines of the 19th and 20th century to the clean digital mines of the 21st century. Bitmain is investing heavily into the town of Rockdale, Texas creating more than 300 jobs to manage the cryptocurrency mining operations. This more than offsets the loss of jobs from the coal mining operations and introduces a higher skilled workforce to the town.

This effort and these jobs are made possible by the design of Proof of Work cryptocurrencies, such as Bitcoin. The miners are incentivized by block rewards and transaction fees to solve complex mathematical problems that confirms a transaction. Collectively, Bitcoin miners are earning approximately $350 million per month by creating 54,000 new Bitcoin each month.

Arvind Narayanan, Associate Professor of Computer Science, Princeton University on August 21 presented a written presentation to the Senate Committee on Energy and Natural Resources. Currently, the Senate Committee is studying the energy usage of blockchain technologies as it is now consuming a large number of resources. Arvind estimates:

“In mid-August 2018, the exchange rate is roughly USD 6,500 per bitcoin, making the mining revenue worth roughly USD 80,000 per 10-minute period. Bitcoin miners currently collectively expend roughly USD 6 million per day worth of electricity.”

Proof of Work also creates an endless race to the top by Bitcoin mining companies. Given the substantial financial incentives, mining companies will invest heavily into electrical power, computing resources, facilities and workforce to realize as much cryptocurrency rewards as possible.

The net effect of the Bitcoin mining industry is that it is consuming $3.6 billion annually to produce approximately $5 billion of economic gains.

As this mining industry matures and takes on a life of its’ own, Vitalik wonders:

“Proof of Work is burning billions of dollars per year, even more than all scams and thefts combined. Isn’t this a big tragedy?”

The Forge of the Unknown

Early attempts at creating things often entail forging into the unknown and discovering the limitations after the fact. When Tim Paterson wrote Microsoft DOS in 1980, the common belief was that “640k of RAM is enough for everyone”.

The challenge with creating something new is that engineers won’t always see the repercussions of the technology until it is utilized.

The innovators and early adopters frequently utilize the new technology and have a greater say on how this technology is modified for broader adoption. This feedback loop is a critical development path that sometimes is blocked for political reasons.

Given that large industry players like Bitmain are financially motivated to continue investing in the current scheme, it is likely that they will continue to do so as long as it is profitable. Still, the main point of Proof of Work is to provide security in the transaction layer. Are there other ways of mining transactions securely?

To get around the limitations of Proof of Work, there are now many advocates proposing “Proof of Stake” for the cryptocurrency “operating system.” The earliest reference to this idea is a Bitcointalk post in 2011. The poster, QuantumMechanic, suggested that Proof of Stake would reduce the waste of resources (primarily power) and improve network security:

“What I mean by proof of stake is that instead of your “vote” on the accepted transaction history being weighted by the share of computing resources you bring to the network, it’s weighted by the number of bitcoins you can prove you own, using your private keys.”

Meni Rosenfeld, chairman of the Israeli Bitcoin Association, commented on the Proof of Stake discussion:

“Blocks aren’t good or evil, all you have is synchronization, everyone should agree on the same block. With stakeholder signatures you have that…The only people who have some limited ability to mess this up are stakeholders, who have the least incentive to do so.”

Are there any risks to using Proof of Stake?

In a Bitcointalk post in 2016, a user “Monsterer”, details a potential attack vector that is impossible to do on Bitcoin. He outlines the plan wherein an attacker would purchase the majority of “old keys” that were previously used in creating blocks. Then a set of malicious code can be run using those keys causing the blockchain network to go down.

Still, leading cryptocurrency developers have thought of ways of implementing Proof of Stake and completely mitigating all the risks that have been raised by others. Vitalik Buterin, co-creator of Ethereum, indicates that his “Casper” implementation of Proof of Stake would not allow such an attack to take place.

In a Medium post on December 30, 2016, he outlines the design philosophies of implementing Proof of Stake in Ethereum. One of the main points of security with cryptocurrencies is this:

“Cryptography is truly special in the 21st century because cryptography is one of the very few fields where adversarial conflict continues to heavily favor the defender.”

He further opines about having multiple layers of defense against attacks:

Given that this is bleeding edge work that is being done, are there any successful cryptocurrencies currently using Proof of Stake?

There are three cryptocurrencies built on the Proof of Stake model that has been in operation for a while. Dash, NEO, and Stratis are currently using the model and have not suffered any attacks. Furthermore, their energy consumption is quite low, and one of the currencies Dash has seen widespread adoption.

Dash, earlier known as Digital Cash, is a cryptocurrency currently in wide use in Venezuela. Stakeholders can earn just as much as miners without all the power and overhead of owning and operating a miner. 1,000 Dash parked on a masternode would net approximately $800 per month.

NEO, formerly known as AntShares, is a cryptocurrency often called Ethereum of the East. It features a smart contract platform and some advanced security protections. NEO tokens that are staked earn free “GAS” tokens usable on the NEO blockchain. 1,000 NEO held in a wallet would net approximately $40 per month.

Stratis is a newer cryptocurrency that supports C# and .NET development environments. The token is traded on all well-known exchanges, and it features enterprise-level support. As Stratis has a low inflation rate, stakeholders can earn between 0.5% to 2% per year in Stratis tokens.

With the huge savings that are possible, could the Bitcoin community adopt the Proof of Stake scheme?

In a previous debate over Bitcoin’s future, many developers such as Ariel Deschapell wrote with passion about how Bitcoin’s development must remain conservative. In his article, he opines:

“Make no mistake, continuing to upgrade bitcoin to handle true widespread adoption while maintaining its censorship resistance is a monumental task fraught with many risks and unknowns.”

“The six largest bitcoin mining pools control about 95% of the resources on the blockchain. That means that in order for any change to be accepted, these pools have to adopt a new standard… no one can force it on them. Right now, their entire workflow is based on POW transactions and is decently profitable”

Even as large industry players, such as Bitmain, seek to capitalize on their gains it appears that they too see the limits to growth. The massive computers that power the Bitcoin mining scheme can also power Artificial Intelligence.

So Bitmain’s expansion into Rockdale, Texas may not only be for mining, but it may also be a center for artificial intelligence computing. It is possible that Bitcoin’s dominance may last just as long as it is profitable for the miners. As the cryptocurrency industry matures and developers create the financial operating systems for our future, we may then reminisce about a time when “Proof of Work” was enough for everyone.