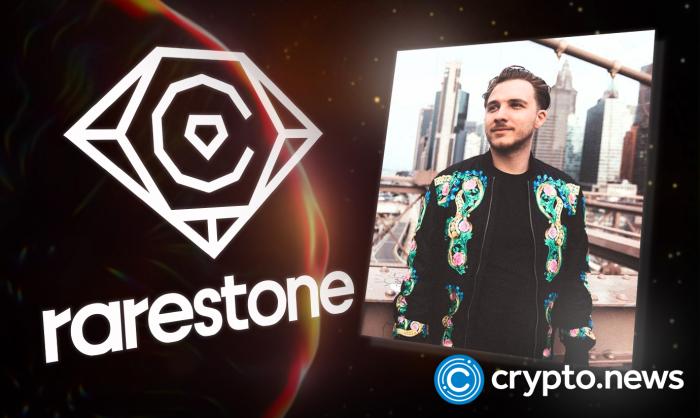 Charles Read has seen it all before. Still just 28, the founder of web3 VC fund Rarestone Capital has had skin in the game for five years, a virtual lifetime given the breakneck speed and general mayhem of the cryptoconomy. Perhaps that’s why he’s unperturbed by the recent face-melting market crash, a downslide that caused the familiar doomsayers to once more crawl out of the woodwork.

“Believe it or not, I actually really enjoy it when it’s a bit quieter and prices are down – because it doesn’t change the trajectory of the industry or stop the real builders building,” says Read with a laugh. You could be forgiven for thinking this is COPE writ large, but Rarestone’s founding partner seems to be telling the truth. Of course, “a bit quieter” is a charitable term for the current economic outlook. Yet the reasoning makes sense: unless you’re leveraged up to the eyeballs and drowning in a cascade of red candles, a business-as-usual attitude is probably the best policy.

Blood in the Water

Everywhere one looks, it seems, there is a fresh sign of impending catastrophe. It’s almost possible to discern the icicles forming as crypto winter creeps in. Coinbase and BlockFi cut a fifth of their workforce. Celsius freezes withdrawals. Bitcoin slumps to an 18-month low. Crypto’s market cap dips below $1 trillion.

Of course, those snippets would suggest that the blockchain market is the only one feeling the pinch. Nothing could be further from the truth. Credit card debt is soaring, rising bills due to exploding gas prices are hitting consumers hard, and rumours of approaching hyperinflation continue to swirl. Recession? Perhaps Depression is more fitting.

In the face of such relentless despair, adopting a sunny disposition might remind some of Schwarzenegger’s Terminator raising a thumb while being lowered into a vat of molten steel at the end of T2: Judgment Day. Yet Read isn’t the only one embracing a Zen attitude to combat the bleakness.

Bitcoin maximalist and author of The Bitcoin Standard, Saifedean Ammous, recently took to Twitter to remind the world that “bitcoin still beats all pretenders for long-term saving,” noting that if you’d spent the last five years saving $100 a month, your BTC stack would still dwarf the S&P500, Dow Jones, gold and PIMCO Active Bond ETF.

Hashed VC Joseph Young, meanwhile, has a simple message: “Be patient, many opportunities will eventually come.”

Read endorses this view. An expert negotiator who entered the working world as a defence and government headhunter in the mid 2010s, the Englishman has made close to 100 web3 investments via Rarestone since 2020, including “many smaller angel-size investments when the market was bananas.”

And while the market has now cooled, he doesn’t see reason for undue concern:

At Rarestone we have six partners, six advisors who also serve as venture partners, and three associates, and we’re all on the same page: the show goes on. I suppose the fact that it’s been a few cycles for a few of us now makes it a bit easier to take this standpoint. Also, it’s easier to survive when you take profits while things are good. It’s really about knowing how to build sustainability

People can lose sight of the importance of saving for a rainy day or year, which allows you to relax a little. Those who’ve never experienced a bear market before must understand how the game works and know that the casino has a hard reset. It’s totally normal.

Where Do We Go Now?

Although some observers of digital asset markets have sounded the death knell, the industry is better positioned than was the case during the last bear market. We are at a juncture when JPMorgan is talking up its intention to bring trillions of dollars of assets to DeFi.

When bitcoin is legal tender in more than one country. And when an ocean of capital is pouring into GameFi, NFT and metaverse ventures, as VCs and accelerator programs bank on play-to-earn eventually outstripping the video game industry.

“As I said on Twitter recently, as crazy as current events are, the fact that protocols are mature enough to be battle-tested to this extent is a major step forward since the January ’18 top,” says Read. “Honestly, these periodic shakeouts and capitulations are more vital for stress-testing than anything else. My investment strategy hasn’t really changed: avoid leverage, resist the urge to overtrade, stay patient and dollar-cost average (DCA).”

And what of the many projects – P2E games, blockchain loyalty platforms, NFT collections, DeFi dApps – which Rarestone bootstrapped during a booming market?

We back projects, devs and ecosystems we passionately believe in, so there’s no reason to panic just because the macro picture is adverse. All the projects we support have strong growth potential, viable use-cases and crazy talent, and while it’s tougher to grow in a bear market, it’s not impossible. Now is the time to put our heads down and build for the future.

Challenging conditions notwithstanding, Charles Read and his laser-eyed ilk aren’t desperately scrambling for the exits. Bull or bear, they remain focused on long-term investment strategies and, ultimately, web3 advancement. If you can’t stand the heat, get out of the kitchen.