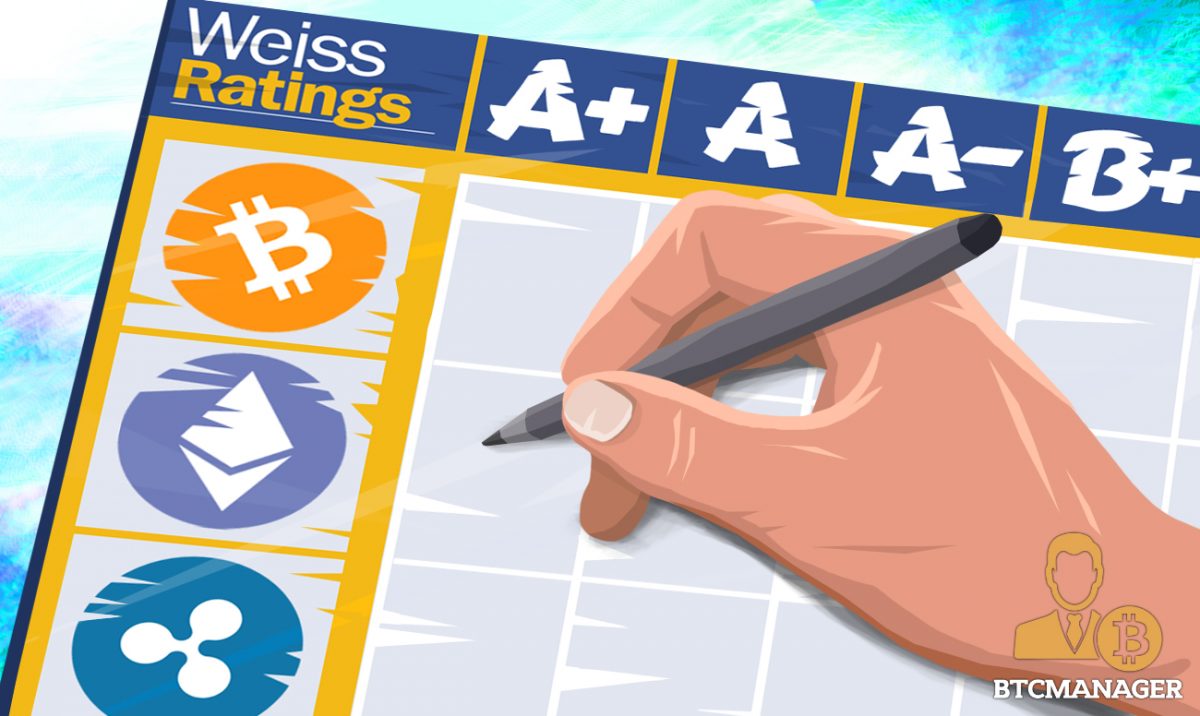 Weiss Ratings, an independent American rating agency, has announced that it will issue investment letter grades for bitcoin and other cryptocurrencies. The firm will, on Wednesday, become the first significant investment rating agency to issue grades for virtual currencies.

Through a post on its website, Weiss Ratings has announced that it will issue investment letter grades for bitcoin, Ethereum, Ripple, Stellar, Bitcoin Cash, NEO, Tron, Monero, Cardano, NEM, Litecoin, EOS, IOTA, and Dash. Most of these cryptocurrencies fall under or hover near, the top ten overall by market capitalization.

The firm’s impartial and unbiased investment grades are expected to provide some clarity to investors in the highly volatile and risky cryptocurrency market which currently suffers from a great deal of market manipulation.

Founded in 1971, Weiss Ratings provides independent investment ratings to over 55,000 institutions. The ratings are determined only after analyzing thousands of data points on each coin’s technology, usage, and trading patterns. What differentiates Weiss from the other major investment rating agencies such as Standard & Poor’s, Moody’s and Fitch Group, is that it does not accept compensation of any kind from whichever company it rates.

The United States Securities and Exchange Commission (SEC) has been quite vocal about the potential risks of investing in cryptocurrencies in the past. Further, warning about risks of investing in ICOs, the SEC has said that companies and individuals have increasingly been using them to raise capital for their businesses and projects resulting in the substantial growth of the cryptocurrency market. Such offerings involve the opportunity for individual investors to exchange fiat currency or cryptocurrencies in return for a digital asset labeled as a coin or token.

In a public statement, Jay Clayton, the SEC Chairman, said:

“A number of concerns have been raised regarding the cryptocurrency and ICO markets, as there is substantially less investor protection than in our traditional securities markets, with correspondingly greater opportunities for fraud and manipulation.”

Thus, it is widely believed that the investment ratings of Weiss will provide clarity.

The same body had, in December, also cracked down on an ICO that raised $15 million with the promise of 13-fold returns. Many regulatory agencies have admitted that it is not easy to track dubious initial coin offerings as they can be operated from anywhere across the world.

Ethereum cp-founder, Vitalin Buterik, has also been very active in this sector, warning about the pitfalls and potential risks of investing in dubious ICOs. However, it is important to note that Ethereum was a product of the most popular ICO till date, given that its tokens are today worth more than $100 billion by market cap.

On January 24, 2018, Weiss will announce its ratings for the cryptocurrency market. With this move, the firm has the potential to mark the traditional finance industry’s first real foray into the digital token arena.