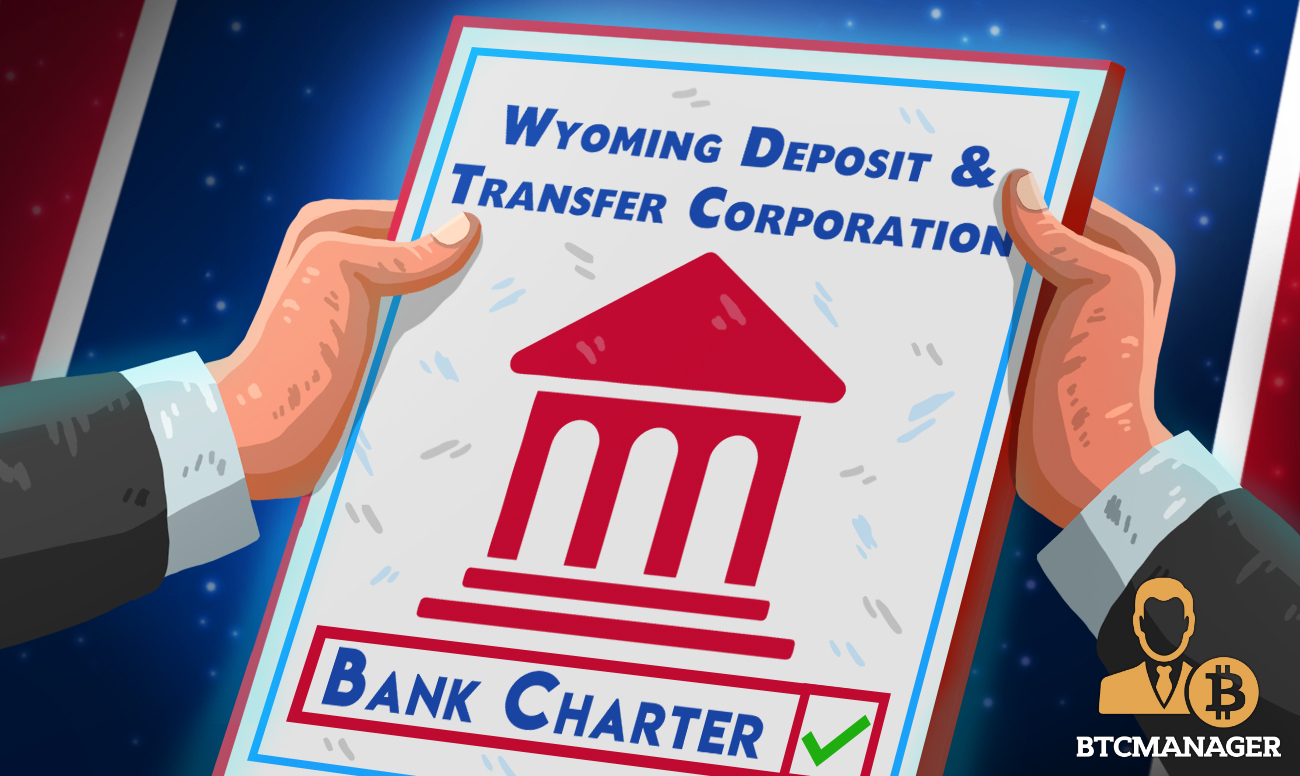 The Wyoming Division of Banking has awarded a bank charter to digital asset bank Wyoming Deposit and Transfer (WDT).

According to a report by Coindesk, the issuance of the bank charter will allow WTD to offer commercial banking and custodial services for tokenized assets and cryptocurrencies.

For the uninitiated, the Wyoming Special Purpose Depository Institute (SPDI) charter provides a regulatory framework to aid digital asset banking services. Per WTD, the SPDI is the third charter of this type to be awarded.

As the close followers of the cryptocurrency industry might remember, in September 2020, Kraken became the first entity to bag a bank charter from the state of Wyoming. Similarly, as BTCManager reported previously, the second charter was issued in October 2020 to Avanti Bank.

“We are pleased to have worked closely with the Wyoming Division of Banking to unite the goals of the Wyoming Legislature and regulators with the urgent need for fiduciary institution access to a qualified and regulated digital asset custodian and transfer agent.”

Wyoming Booming as a Crypto Hotbed

While the world at large is still coming to terms with embracing digital assets, the state of Wyoming has been nothing short of exemplary in terms of the adoption of emerging technologies such as blockchain.

Earlier this year in March, the Wyoming House of Representatives approved the historical DAO bill that seeks to recognize decentralized autonomous organizations (DAOs) as legal entities.

Wyoming’s sheer progress with regard to blockchain and digital assets has drawn a response from other states in the U.S., such as Texas, Miami, New York, and others.

As reported by BTCManager on June 18, the mayor of Miami, Franciz Suarez recently revealed he is working to reduce electricity costs in a bid to attract crypto miners from China after the latter’s government unleashed a regulatory crackdown on all digital currency mining in the country.

Similarly, in March, Texas Governor Greg Abbott announced support for the crypto and bitcoin bill, saying he aims to match and even eclipse Wyoming as a leader in blockchain technology.