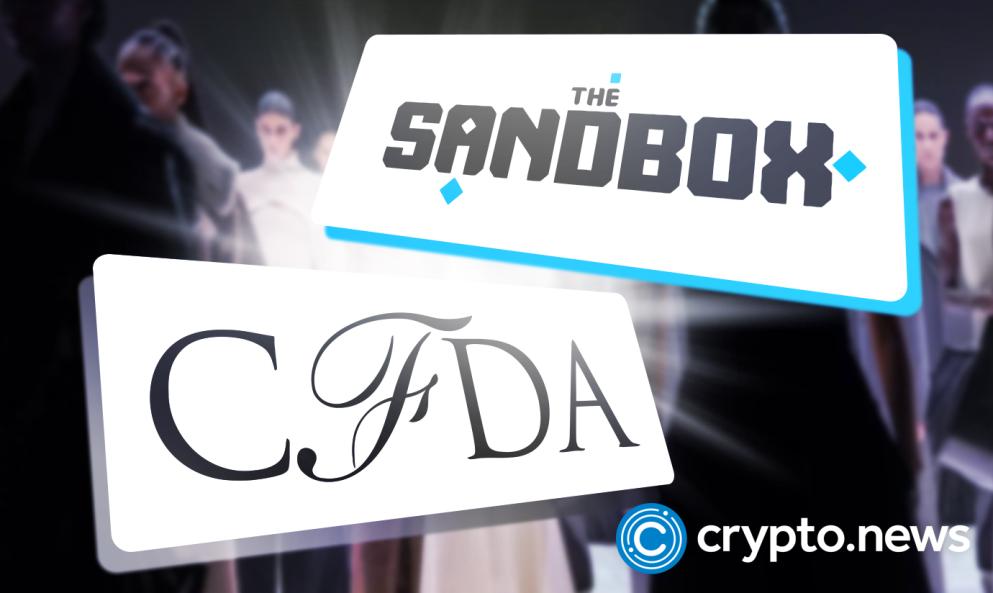 The Council of Fashion Designers of America (CFDA), will conduct a fashion exhibition in The Sandbox metaverse, in collaboration with leading designer brands in the U.S, in commemoration of its 60th anniversary.

In commemoration of its 60th anniversary, the Council of Fashion Designers of America (CFDA), a not-for-profit trade association founded in 1962 with a membership of over 450 leading jewelry, menswear, and womenswear designers, will organize a fashion exhibition in The Sandbox metaverse.

Per sources close to the matter, the exhibition, which is slated to take place in December 2022, will feature designs from some of the heavy hitters in the fashion world, including Ralph Lauren, Donna Karan, Oscar de la Renta, and more

What’s more, some of the participating fashion designers will create and mint exclusive one-of-a-kind non-fungible tokens (NFTs) during the event. The digital collectibles will be auctioned and the proceeds will go to the CFDA Foundation, a separate not-for-profit organization dedicated to raising funds for charitable causes and engaging in civic initiatives.

Lighting the Path of American Fashion

Commenting on the initiative, Steve Kolb, the CEO of CFDA reiterated that venturing into the project aims to celebrate the huge milestones reached by the organizations over the last three decades, while also using it as an opportunity to look into the future.

“In celebrating 60 years since Eleanor Lambert founded the CFDA, we not only commemorate some of our biggest moments but also want to use the milestone as an opportunity to look into the future. The CFDA has always pioneered creative and innovative thinking, and with our first metaverse exhibition and NFTs, we are embracing this new era of digital transformation.”

It’s worth noting that the CFDA’s journey into the metaverse began in April 2022, when it first inked a partnership with The Sandbox and other top players in the blockchain space, including Polygon Studios, an ecosystem of play-to-earn gaming, metaverse, and NFT projects powered by Polygon (MATIC), and 5Crypto, a creative consultancy.

At the time, the team made it clear that the formidable alliance will focus on establishing a Web3 blueprint for the American fashion ecosystem in the metaverse, with a mission to educate, innovate and build a community in the digital world.

“This is a remarkable opportunity for the CFDA to guide the American fashion industry into the future of commerce and creativity. Our mission is to position our members as leaders in the global innovation of fashion and retail via digitally led strategies to support growth and expansion,”

stated Kolb at the time.

While critics from some quarters still see NFTs as nothing but overhyped and overvalued images, these innovative technologies have continued to gain the attention of top brands across the globe and even nation states are fast joining the NFT bandwagon. Last June, the Ukrainian government sold the CryptoPunk  5364 NFT for 90 ETH.