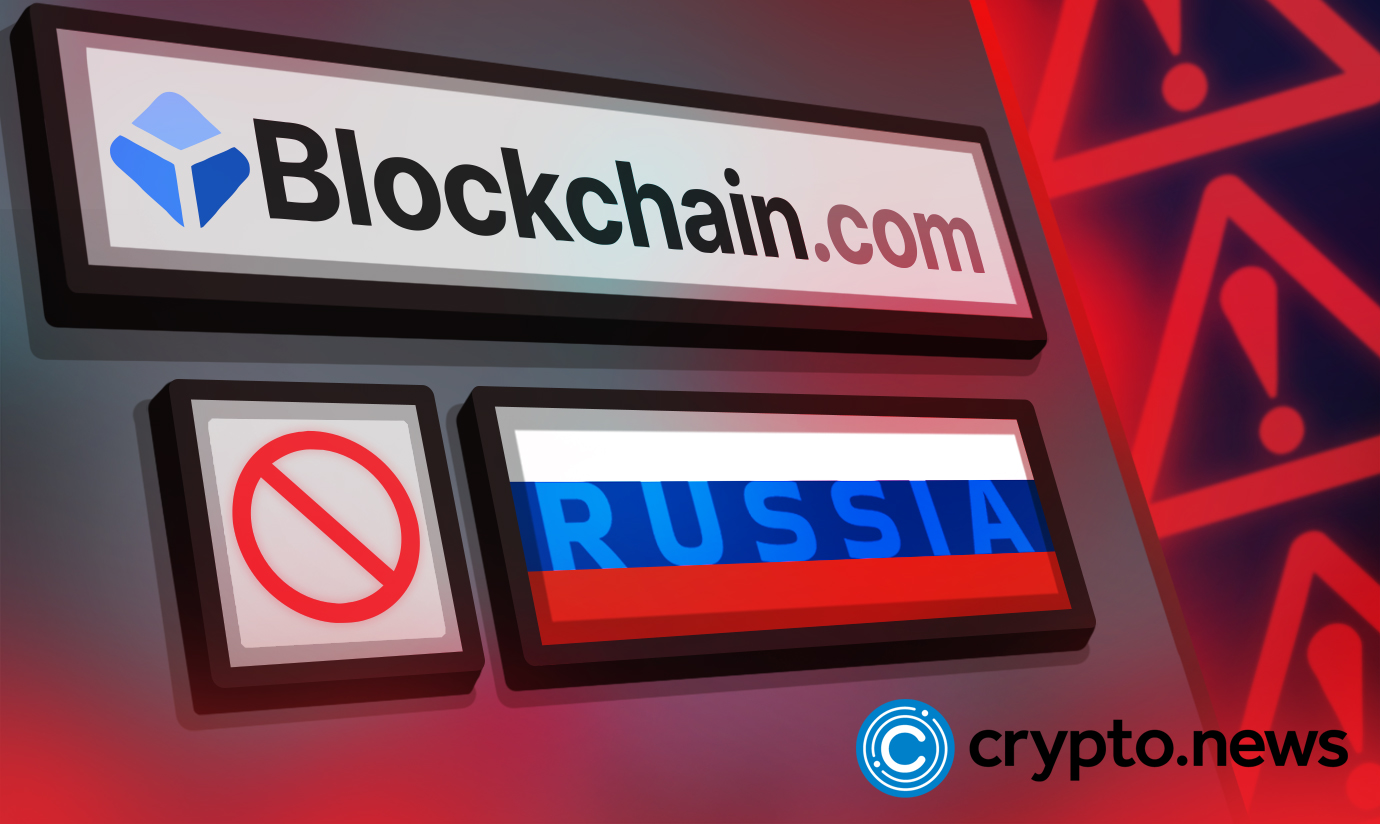 Blockchain.com is gearing up to close the crypto accounts of Russian users on its platform. This comes after the European Union (EU) issued a blanket ban on cross-border cryptocurrency payments cutting off Russia.

Blockchain․com, the crypto wallet service provider, is the latest firm to adhere to the recent EU sanctions. The company would soon stop offering crypto services to Russian users amid the latest sanctions from the EU.

On October 14th, the firm notified its customers of the new development, stating that it would soon close the Russian accounts on its platform. The report added that the exchange told Russian users to withdraw their assets until October 27th.

After the said data, Blockchain․com will reportedly block the profile of Russian nationals. In addition, the statement said Blockchain․com can no longer provide reward and custodial services to Russians due to new prohibitions.

Meanwhile, the recent sanction by the EU is the eighth of its kind against the Russian entity. In previous restrictions, the EU limited the crypto payments between Russia and the EU to about $9,700 (€10,000).

However, the latest sanction imposed on October 6th places a total ban on crypto payments and transactions between the EU and Russia.

This type of wallet is intended to provide customers complete control over their assets while preventing the firm from accessing the information contained within the wallet. Blockchain.com also offers trading accounts that do keep users’ funds in custody.

These accounts enable users to purchase and sell cryptocurrencies on the site. It is currently unknown whether or not Russian users will be allowed to use non-custodial wallets hosted on Blockchain.com.

Meanwhile, Blockchain.com is not the first entity to suspend part of its services to Russians. Dapper Labs, the prominent blockchain company, has also blocked Russian accounts due to the EU’s recent sanctions against Russia and its citizens.

As per online reports, other major P2P platforms and major exchanges like LocalBitcoins, Coinbase, and Crypto.com have plans to abide by the latest sanctions issued by the EU. However, it is uncertain if any crypto exchange would refuse to company with the restrictions.

Besides, Binance, a major crypto exchange, is no exception. The exchange firm is making plans on how to apply the new sanctions to Russians on its platform.

A spokesperson for the company stated that making such changes usually takes time. Currently, the platform is coordinating with risk management and multiple tech partners to effect the new restrictions.

Furthermore, other crypto exchanges like Bitfinex, Tether’s sister company, had previously voiced opposition to banning Russian citizens. In March, Paolo Ardoino, the CTO of Bitfinex, said that the government’s actions do not usually represent what the people are asking for.

He went on to say that Bitfinex was ready to safeguard its clients’ accounts “unless otherwise ordered by the regulatory agencies” that regulate the company.