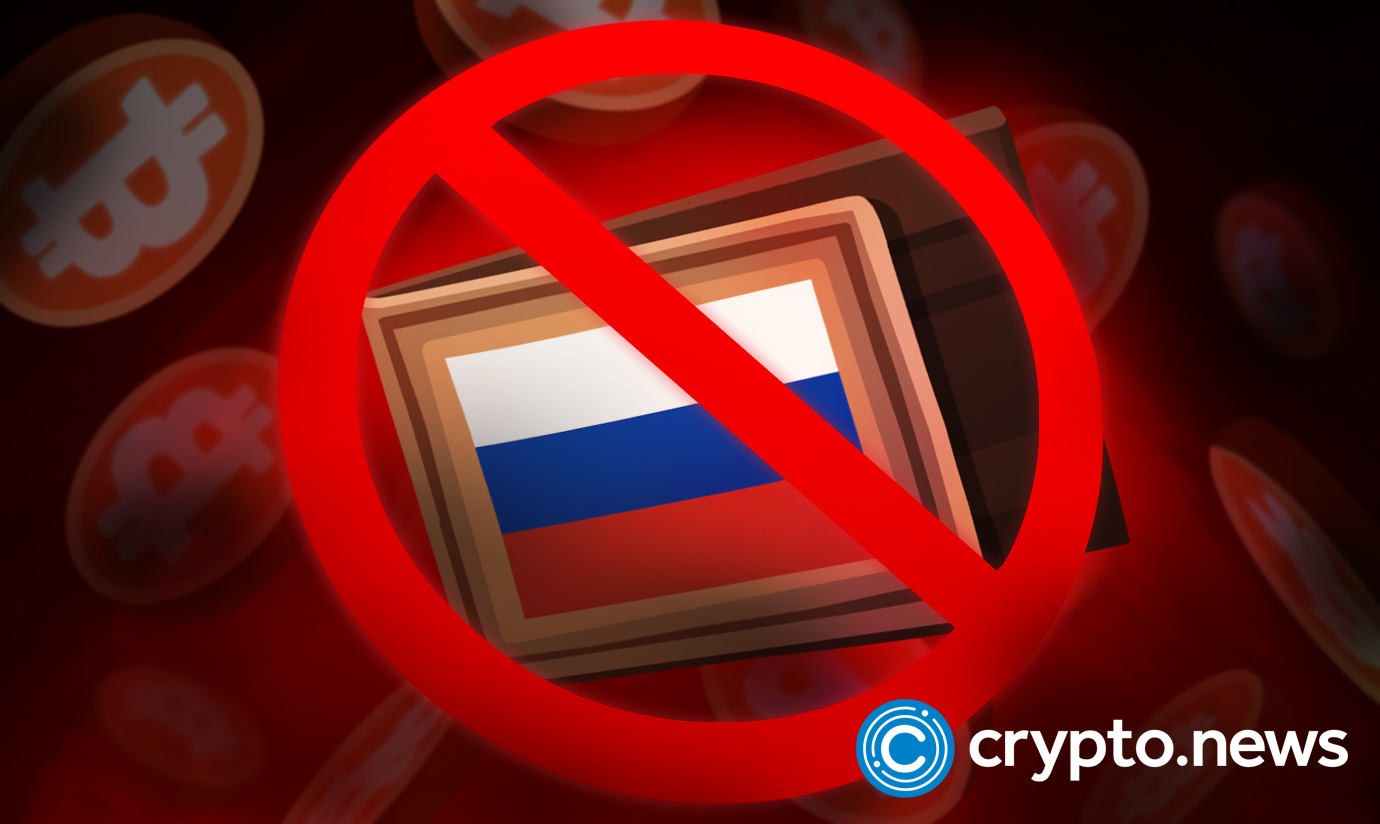 Russia is under the spotlight again as the European Union (EU) governing council tightens its sanctions on the country. The latest development comes after Russia annexed four regions from Ukraine as part of its territory.

Since February, Europe’s governing body has introduced another geographical restriction on Russia. In what was regarded as the eighth package of the sanctions, the EU has banned Russian citizens from operating crypto wallets within the bloc.

For context, the previous regulations stipulate a limit of crypto transactions for Russian citizens to 10,000 Euros.

However, The European body has revealed that the existing restrictions on crypto assets are now followed by a total ban on all wallets, accounts, or crypto custody services.

In addition, the council noted that the latest ban stands irrespective of the number of funds locked in a wallet. The EU implemented the new move following the Commission’s proposals to the European Government last week.

The eight packages have a series of biting economic restrictions that may crumble Russia’s economy.

Since the second quarter of the year, there has been a clamor for Russia to halt its military aggression against Ukraine. The international community was highly critical of the ongoing war between the two countries.

However, Russia intensifies its military campaign by annexing Donetsk, Luhansk, Zaporizhzhia, and Kherson. The move appears to have irked the EU governing body, which strongly condemned Russia’s actions.

The new sanction is designed to sideline Russia from the international economic community, from oil to transport and industrial products.

Will the Ban Affect Crypto Exchanges?

At the start of the war, when the EU cut Russia off from the international payment system, cryptocurrency was the go-to solution for many. Admittedly, the Western superpowers were concerned that Russia would evade the sanction by using digital currencies for transactions.

However, the sanctions proved to be half-effective as the country’s economy experienced a marginal surge while the rest of Europe plunged into a likely recession.

Thus, this would imply another setback for enterprises when the industry is reeling from a surging market correction.

The uniform ban on cryptocurrency services would also put crypto exchanges already doing business with Russian entities in a tight corner. As a result, many in the industry have begun to envision a scenario where another market correction would envelop the industry.

It is worth noting that the economic sanctions severely hit the crypto market at the start of the war in February.