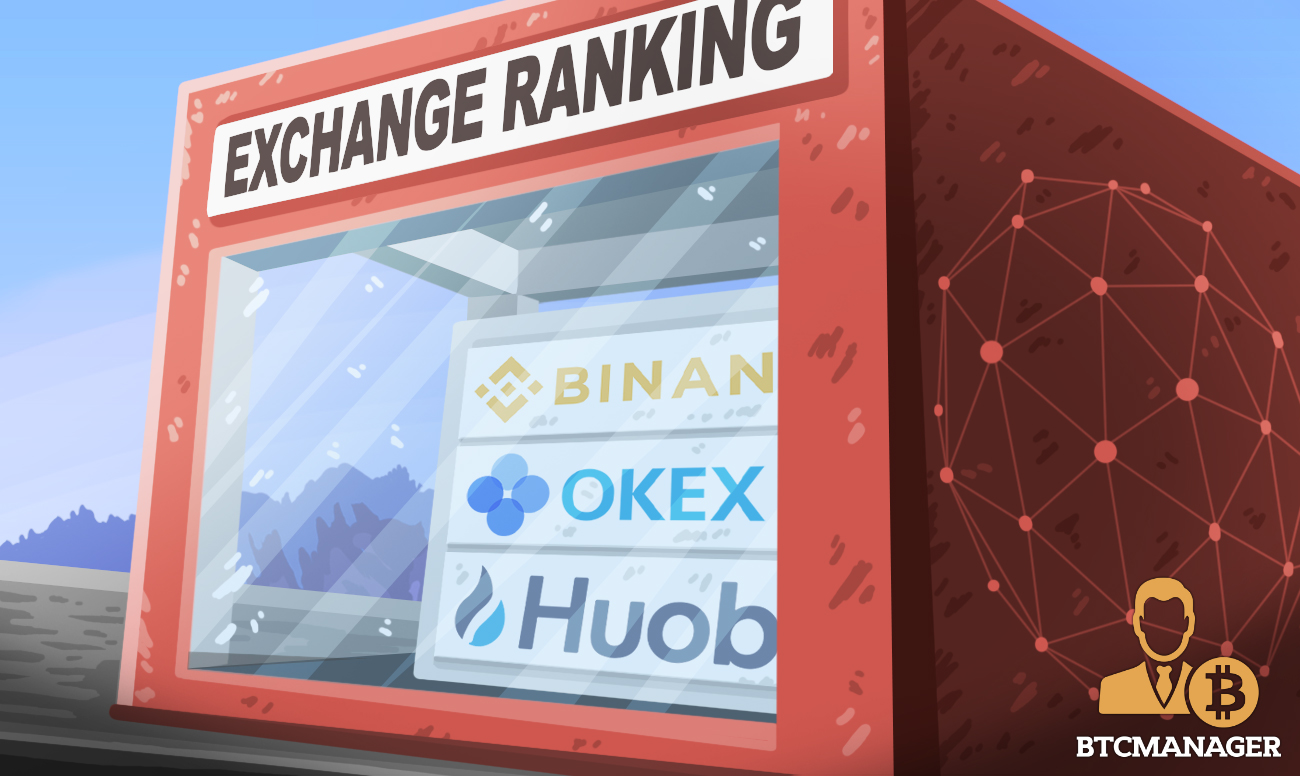 The Blockchain Transparency Institute recently released a Global Cryptocurrency Exchange Ranking Report for November 2018. According to the Organization’s blog post, published on November 1, 2018, Binance ranks first among other digital exchanges, with 312,801 active users and a 24-hour volume of over $1 billion.

In two years, the company has managed to become the biggest cryptocurrency exchange due to fast and innovative decision-making. Forbes noted that the launch of the Binance Coin might have contributed to the cryptocurrency exchange’s success in such a short period, especially since they raised $15 million in their initial coin offering (ICO).

The Blockchain Transparency Institute believes that these cryptocurrency exchanges may be using wash trading to gain a market advantage over their competitors. The Institute also discovered that many exchanges gained approximately 80 to 90 percent of referral traffic from CoinMarketCap.

Regarding the Institute’s methodology, the group mentioned that they had formed transparency partnerships with many companies from a variety of data research partners such as trade surveillance for cryptocurrency assets and investor class supporters coming from blockchain technology consulting firms.

The organization conducted a large number of interviews with exchange and token executives and managed to proceed with tightly-guarded data not readily available.