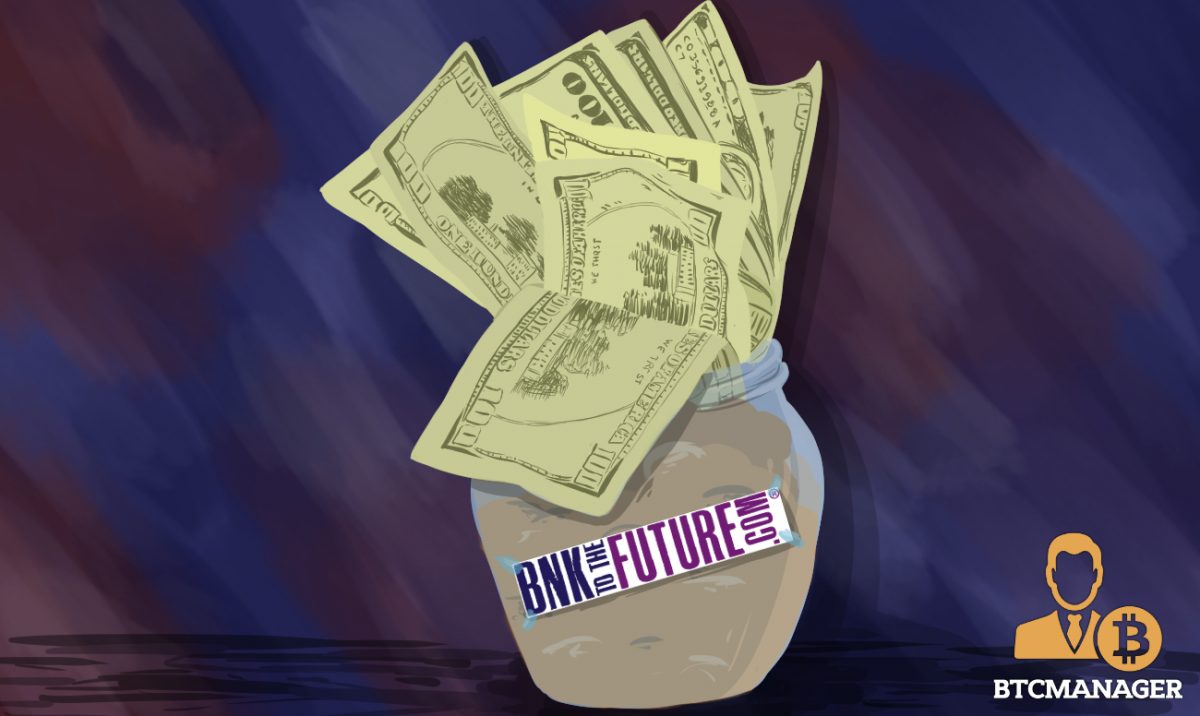 BnkToTheFuture, a Hong Kong-based online platform that facilitates investments in fintech, blockchain and bitcoin companies, announced that it has completed a $33 million token sale on February 16, 2018. It must be noted that the hard cap for token sales was only $3 million on February 16, 2018, as tokens worth $30 million had already been sold prior to the ICO.

The BF Token (BFT) sale opened at 10:00 pm UTC on February 16, 2018, for whitelisted ETH addresses only and was sold out in two minutes and 17 seconds. A maximum of 30,000,000 BFT were on offer during the sale. Avid crypto enthusiasts latched on to them as soon as the ICO opened.

The platform will reward token holders for their due diligence in finding and researching deals, and providing fast investor updates and they will receive priority access to top utility and security tokens, as well as to specific areas on our platform formerly reserved for qualified investors. BnkToTheFuture was started in 2009 with a mission to build the most reputed platform for qualified institutional investors.

The developing team behind the project is now preparing for their planned secondary and securities token market which they are targeting to roll out in Q3 2018. The company owns one of the largest online investment platforms for professional investors.

It also has a strong portfolio and a solid history of facilitating more than $268 million in the most valuable companies in the industry including BitFinex, BitStamp, Kraken, BitPay among others.

Co-founder of BnkToTheFuture Simon Dixon had stated in an interview with a reputed news portal:

“We’ve been doing this quite a while and then (initial coin offerings) came in and started disrupting our industry. Companies didn’t want to offer equities anymore. The large companies were either not willing to do it or they had a model more suited to the ICO model.”

Simon Dixon also added, “The ICO boom has proved that there is a huge appetite to allocate funds to Blockchain technology when a liquid secondary market exists, if they had the choice I think most would have preferred to trade shares in the company rather than tokens with no shareholder rights. With the current regulatory landscape, we feel the time is right to bring ICO style trading and liquidity to the private equity markets all through a compliance-driven platform.”

BnkToTheFuture aims to be the premier market exchange to allow investors to invest in other cryptocurrency and blockchain startups. The trading platform will mode the likes of Nasdaq Private Market with the exception being that it will cater exclusively to blockchain and fintech companies.

It is remarkable that the ICO managed to raise a whopping $33 million despite Facebook deciding to ban advertisements of ICO from across its platform in January 2018.

Zuckerberg’s move may excite world regulators to consider other crackdowns for advertising these financial products over electronic media.

Global authorities believe that since ICOs and similar products are traded as securities, they must be governed by the same laws that are used to govern securities trading, thus bringing them under the watchful eye of several countries.