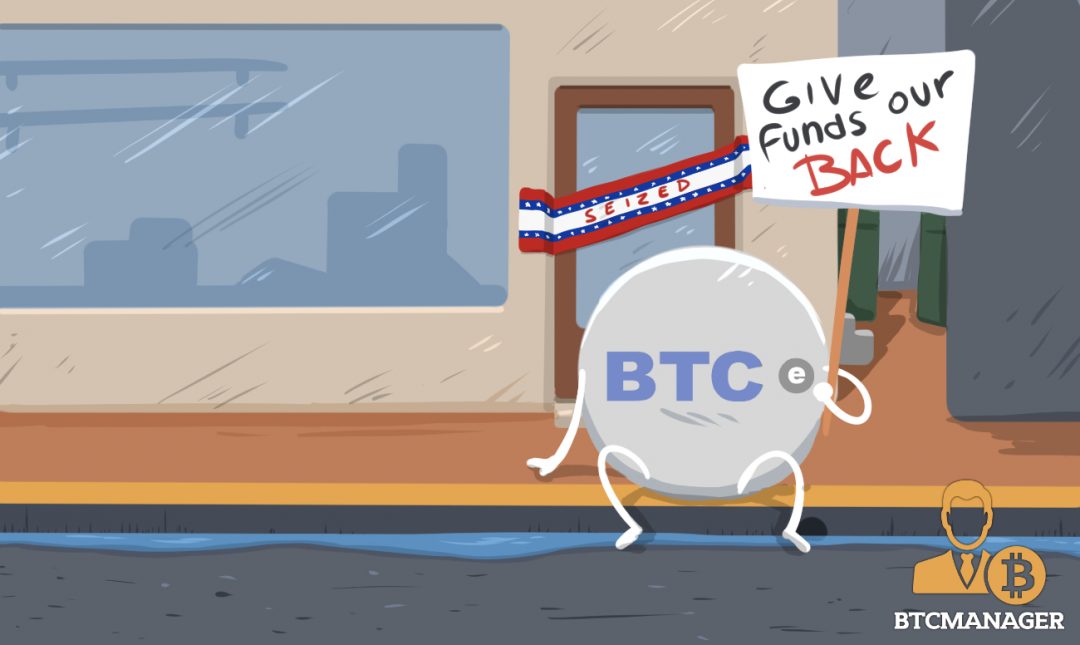 BTC-E, the oldest bitcoin exchange in the market which was seized by the US law enforcement in July due to the involvement of Alexander Vinnik, the founder of the exchange, in some of the largest bitcoin exchange hacks including the Mt. Gox and Bitcoinica incidents, is planning to recover its services and user funds by distributing BTE tokens to users.

In 2016, when Bitfinex was hit with a $70 million security breach, the exchange’s development team designed a solution in which users were able to claim their lost funds through the Bitfinex (BFX) tokens as time passed. In essence, users were given the right to claim their balances through company profits. Eventually, Bitfinex bought back all of the BFX tokens issued after the hack, restoring the stolen funds of users.

At the time, Bitfinex stated:

“A combination of factors has led to this seminal moment for Bitfinex, including a dramatic uptick in equity conversions; record operating results in March; and, the decision to reduce our reserves in favor of this opportunity. We are tremendously grateful to all of our customers and new shareholders for helping us get to this point.”

BTC-E is trying to pursue a similar plan to Bitfinex by issuing convertible BTE tokens. Users that have lost funds during the seizure of BTC-E’s hot wallets and domains will be allowed to reclaim their funds through BTE tokens as BTC-E resumes its services and generates a stable source of profit.

One important condition of the token-based user fund recovery system which BTC-E users must take into consideration is that like Bitfinex, BTC-E must be in operation and should be able to generate profits in order for the company to purchase back its BTE tokens like Bitfinex ultimately did. However, in July, the US Financial Crimes Enforcement NetworK (FinCEN) fined the BTC-E team with a $110 million penalty and before settling it, BTC-E will likely not be able to resume its operation. More importantly, the BTC-E.com domain and its servers are currently being handled by the US law enforcement.

At the time, Jamal El-Hindi, Acting Director for FinCEN, stated:

“We will hold accountable foreign-located money transmitters, including virtual currency exchangers, that do business in the United States when they willfully violate U.S. anti-money laundering laws. This action should be a strong deterrent to anyone who thinks that they can facilitate ransomware, dark net drug sales, or conduct other illicit activity using encrypted virtual currency. Treasury’s FinCEN team and our law enforcement partners will work with foreign counterparts across the globe to appropriately oversee virtual currency exchangers and administrators who attempt to subvert U.S. law and avoid complying with U.S. AML safeguards.”

Despite the announcement of the FinCEN, the BTC-E team announced on their social media platforms that the exchange will be back live within five to ten days. Almost immediately after the BTC-E team released their statement, their servers, domains and funds were seized by the US law enforcement.

As of current, the only logical and possible way for BTC-E to release BTE tokens and operate its exchange is by obtaining its servers, domains and funds from the US law enforcement. According to the BTC-E team’s statement released on the BitcoinTalk forum, the company has recovered 55 percent of the funds and plans to sue the US FinCEN to recover the rest of its funds. Another statement released August 14 stated, “For each currency, a recalculation will be made taking into account the currently available assets. Currently 55 percent of funds are available, so 55 percent will remain in currency, and 45 percent will be converted to a specific currency token.”

BTC-E has already made false promises to its users, clients and investors. It claimed to recover its platform within five to ten days since its closure and yet, nearly a month after the incident, the exchange is far from being in operation.