Spencer Bogart, blockchain venture capitalist and a partner at Blockchain Capital told CNBC that bitcoin is being profoundly institutionalized, getting more use cases and therefore is still a great buy.

He also mentioned that some of the altcoins like ether, bitcoin cash or EOS are good to hold, while Cardano, Tron, IOTA, and NEO should be sold. Earlier Bogart predicted that bitcoin’s future price could increase to $50,000 in 2018.

He also expressed his view saying bitcoin is far from being considered as security and so is highly unlikely to be affected by government crypto and bitcoin space crackdowns. 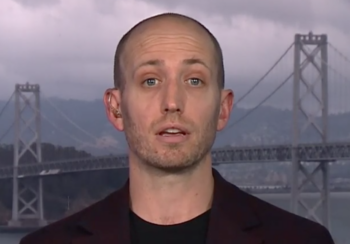 Bogart said that every major bank is trying to do something in the bitcoin space. It is expected that bitcoin will be soon offered to their clients and more significant institutionalization is on the way. That can indeed lead to a price increase and overall gain of trust and much-needed transparency.

Has the Market Finally Bottomed Out?

The leading cryptocurrency, bitcoin, that dominates the market by holding 38 percent of total market capitalization could be finally bottomed out.

Priced in December 2017 at $19,500 per coin, bitcoin has declined over 50 percent since the start of 2018 according to latest news from Crypto News.

That downtrend might be over, as we can see strong support around $7300, preventing bitcoin from falling lower. Bullish signs are being also confirmed positive statements through many bitcoin price speculators as, Jensen Huang, CEO of Nvidia, Dan Morehead, CEO of Pantera Capital, and Tom Lee, Co-founder of  Fundstrat.

Can the bitcoin fall under the strong support? “Certainly” said Bogart. Nevertheless, it is believed that it will be only a short-term dip, and the coin itself can be seen at higher prices a year from now. Bogart stated that bitcoin should trade at $10,000 and more. If true, that gives an excellent opportunity for investors as the risk to reward ratio is excellent at the moment.

Not all cryptocurrencies received the same, favorable opinion. As Bogart stated, they might be overvalued and can receive a significant headwind in the future. While being risky to hold them, they can still bring significant gains.

Bogart said most of the ICOs are over-promising and under-delivering, while only a few of them are excelling in their use cases – bitcoin, being one of them.

On the other hand, currencies like EOS, bitcoin cash, ether, and ripple received a neutral opinion, advising the investors to hold them. Investors should also pay most attention to Ethereum, as many of the ICOs have been built on the top of it. If it is more significant projects fail, that would mean bad news for Ethereum.

It is worth to mention that statements like that are only pure speculation and every investor is advised to do their research before investing. While the overall bearish trend is still ongoing, a bull run might be just around the corner.