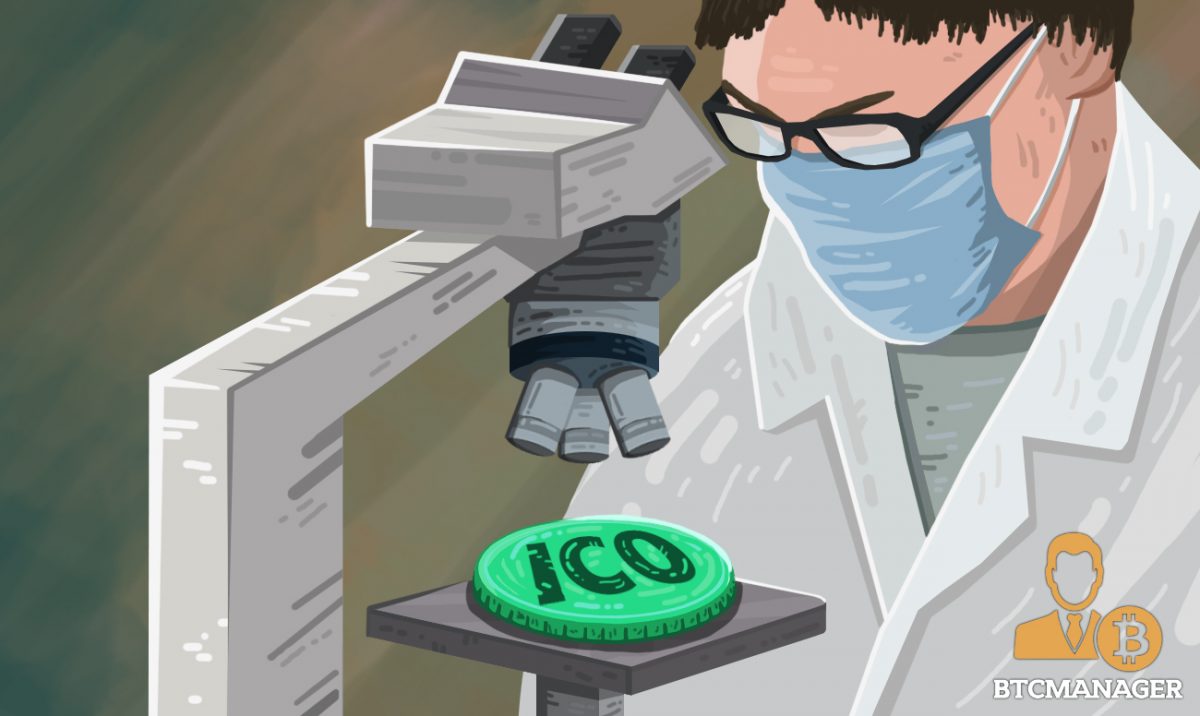 With Initial coin offerings (ICOs) becoming more prevalent than ever one thing is also very clear. Scams are feeding off these ICOs or the ICO is a scam entirely. The ICO market has been able to thrive in a space lacking regulation. The lack of oversight has resulted in many situations of fraud, and it has become increasingly important to know what to specifically look for when analyzing an ICO.

ICOs are the newest craze in the crowdfunding world and have almost replaced IPOs, as they are much cheaper for the underlying company while also having almost no regulations to follow. However, in the past year, the rate of scams has risen dramatically in the cryptocurrency space. This should have been expected considering almost 50 percent of funds raised by European entities in 2017 was from ICOs. With this incredible amount of funding being poured into an unregulated coin/token offering, it seems to be the perfect atmosphere for fraud.

The International Securities Board realized this at the end of 2017 warning investors to be wary of ICOs. The United States Securities and Exchange Commission (SEC) has recently placed ICOs on the top of their “to-do” list. Very few ICOs have received approval to take on U.S. investors which has resulted in dozens of cryptocurrency firms being contacted by the SEC. The result of so many ICOs being contacted? They chose to shut their ICOs down entirely or forbid U.S. investors. Cleary, some of these ICOs were scams, but how would a curious investor be able to differentiate between the scams and the great opportunities?

Multiple steps should be taken when analyzing any ICO to determine its likelihood to be a success and to determine the chances it is a scam.

5 Steps to Spotting a Scam ICO

The first question to ask yourself as an investor is what does the white paper look like? If you are English speaking the white paper should be well written in English. A few errors can be expected, especially if the team is foreign-based. When English is not a team’s first language, there can be the occasional spelling and grammatical error.

A white paper is supposed to present an outline of what the team plans to achieve, how technical aspects will be implemented, how the platform functions, and discuss token distribution. An ICO lacking a white paper would be like a country without a constitution or any laws for that matter. Be very wary if there is no whitepaper present.

However, if a white paper is provided make sure to take the time to read or at a bare minimum review it. Prior fraudulent coin offerings had a white paper but still managed to turn out to be scams. The PlexCoin ICO raised over $15 million (with a white paper) before the SEC shut their ICO down in December. Having a white paper does not guarantee the ICO legitimacy. It is solely one step in the right direction.

A major debacle from earlier this year was when the DADi ICO was called out by the SONM founder for plagiarizing SONM’s white paper. DADI did formerly address this and admitted they “leaned heavily” on SONM’s white paper. Plagiarism is a major issue as more coins encroach on the niches they have managed to carve out in the blockchain space. Plagiarism is much more difficult to tell for the inexperienced investor, but be wary when ICOs are called out for it.

When analyzing an ICO, it is important to make sure it has a white paper, that the white paper is well written and not plagiarized. Step 1 seems easy, but so few ICO investors have actually read a white paper it is surprising.

An ICO’s ability to interact with potential investors comes down to their social media presence. Each new ICO should have at a bare minimum a Telegram channel with administrators that are knowledgeable about the ICO along with a Twitter providing regular updates. This is the bare minimum. ICOs should be expected to have all forms of social media with a significant online presence. Twitter, Telegram, Facebook, Discord, Email, Instagram, Reddit, YouTube, and Bitcointalk.org should all be on the ICOs main page. Even with the social media outlets set up make sure to click on the different channels to see the number of interested and active members and followers.

After analyzing the ICOs social media presence, it is important to examine the website. The website should have clearly labeled links to the white paper while providing the roadmap and team descriptively displayed. Do not solely skim the Team page and assume that because there are pictures, it is sufficient. Click the photos, load the LinkedIn profiles, you are about to commit hundreds if not thousands of dollars. Do your research! The team’s profile links should all have existed long before the ICO was launched. After having reviewed the team’s profiles and the website, a clear picture can be drawn regarding the likelihood of a scam.

The more social media outlets the ICO has with active followers, the higher the likelihood the ICO is not a scam. If the ICO has very few means to reach the developers and team, it is more likely than not a scam. If the team of the ICO all had their LinkedIn profiles created specifically for the ICO, the investor should be very wary.

Step 3: Analyzing Guarantees of Any Kind

Guarantees of any kind are incredibly large red flags. If the ICO is guaranteeing profits or solutions to exorbitant problems facing humanity, be wary. This is not an automatic disqualifying factor but any ICO that is “guaranteeing” something needs their business model analyzed much more intently. These guaranteed profits can come in many forms depending on the ICOs setup. Some promise their trading bots can outperform the market, while others more closely resemble a Ponzi scheme from the beginning. There are a few very prominent ICOs that made it all the way to exchanges before they were shut down.

“Bit Coooonnnnnnnnecttttt!” If you have not seen the Bitconnect Guy, this is a prime example of what to watch out for. This video is pure hype; the audience is not even shown! Bitconnect promised guaranteed outlandish profits and many believed full heartedly in them until they were shut down. They had a “Staking Interest” that provided 60 percent interest for the first six months. That is a guaranteed return of over ten percent per month. If an ICO has a guaranteed profit return amounting to hundreds of percent yearly, it is most definitely a scam. Bitconnect was written about numerous times in BTCManager due to multiple regulatory agencies contacting them and multiple major lawsuits.

What about guarantees of solving world problems? Well, the better question is what problem? Crypto was intended to bring down the centralized banking system so that problem is one it very well may be able to solve. However, an investor should always be wary. Blockchain technology undoubtedly is disruptive, but it is not the final solution for every problem facing businesses and governments. When analyzing a new ICO, it is important to think if the problem can be solved without using the blockchain and if a prior coin already solves the issue.

A guarantee of a significant return or a guarantee of providing unmatched solutions should be always analyzed significantly. These are primary signs that the ICO may have elements of fraud embedded in it.

An ICO, especially one implementing new technologies should have an active GitHub repository. This demonstrates to the public the dedicated dev team is indeed working on the project and provides the world of developers the ability to contribute to open source projects. The crypto world is full of developers looking to benefit society and different ICOs by helping complete tasks. Whether it is out of the goodness of their heart or for a bounty reward, these developers spend countless hours scouring GitHub looking for projects to work on.

A new ICO should have plenty of projects and items in their repository. This clearly demonstrates their development team is working and that they are allowing the public access to their open source projects. Not all aspects must be open source as there is plenty of plagiarizing that occurs, but there should at least be a significant presence on GitHub. Lacking presence entirely should immediately warn the investor of a likely scam. A presence that is mediocre with very little work taking place on the project demonstrates a higher likelihood of a scam.

It is impossible to tell without doubt form GitHub whether an ICO is a scam, but if the ICO has no GitHub that is a huge warning, and if the GitHub seems meager that is also another red flag.

Step 5: Premines Provided to the Team

When an ICO, occurs the underlying company will sell a certain number of tokens. For example, let’s say 80 million ABC tokens will be sold for one dollar each. This means ABC Inc. will raise approximately $80 million. However, if the total number of ABC tokens premined is 160 million and only half were sold at ICO and the other half owned by the company the investor needs to proceed with caution. This means the ICO has allocated an equal amount of premined currencies to their founders and team (at no cost) as to the entire general public. The team and founders should never be allocated a majority of tokens.

Conclusion: The Best Tool to Stop Scams is… You!

All the regulations in the world will not stop a scam from occurring. Being a vigilant investor that does proper due diligence is hands down the best way to avoid a scam. Unfortunately, scams plague the cryptocurrency space due to a lack of regulations. However, by following this five-step approach, the goal is to easier sift through ICOs quickly identifying ones that may be scams. This will allow the investor to focus on the ones that meet their standards while helping ensure they are not ensnared in the newest ICO related scam.

Stay vigilant, focus your energy on doing research and analyzing the ICO inside and out. Your approach may be five steps, or it may be 20. Either way, it is essential to make sure to analyze the white paper, the team, the website, their social media presence, the roadmap, how the coin is mined, and token distribution. Good luck on your ICO hunting!