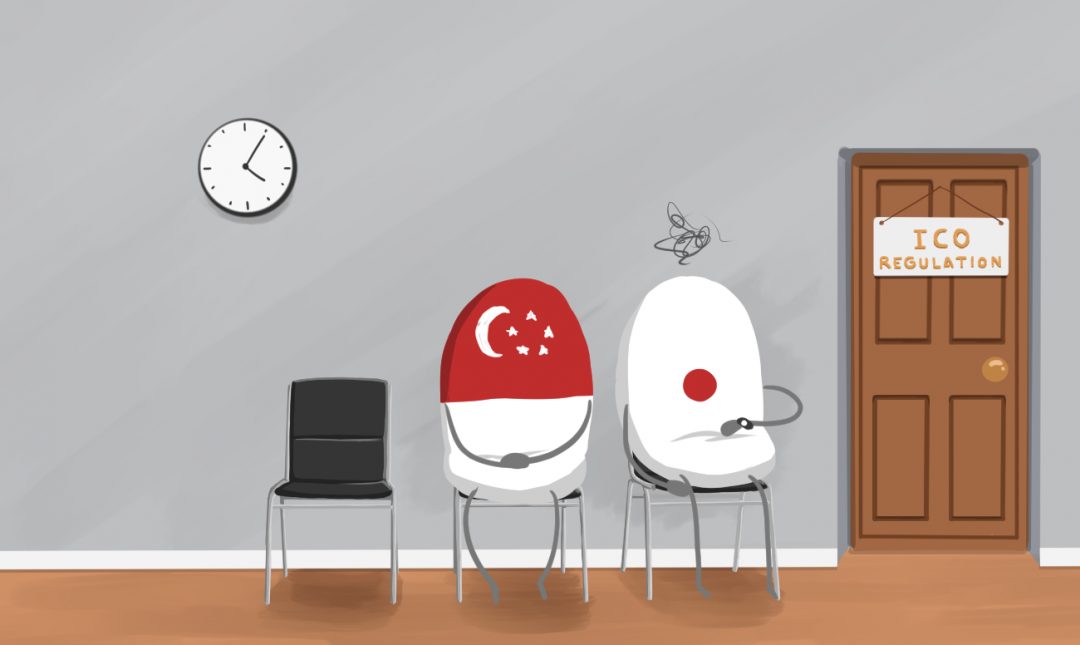 News of China’s blanket ban on ICOs continues to reverberate through the global cryptocurrency community. On the heels of this groundbreaking development, financial oversight groups in Japan and Singapore are now looking to establish guidelines on how ICOs should be regulated, with the former also intensifying the oversight of bitcoin exchanges.

China has discovered that banning ICO’s outright is a tricky proposition filled with unforeseen consequences. As a result authorities and regulators in the countries mentioned above are examining ways to stem the tide of the ICO explosion without completely stifling the growth of digital currencies and its underlying blockchain technology.

The challenge for authorities in these and other countries is in determining a reasonable path in which to accomplish this. Due to the unique nature of cryptocurrency, regulators are struggling in attempts to place it in the same bucket as traditional investment assets.

Japan’s Financial Services Agency (FSA) is planning to introduce more robust guidelines on cryptocurrency exchanges this fall with the overriding objective of reducing money laundering and fraud. The framework includes establishing specific accounting rules on how cryptocurrency transactions would be treated.

Arguably the world’s first to officially recognize virtual currencies as a payment method, Japanese laws that took effect in April have already established cryptocurrencies as a method of payment akin to fiat currencies like the U.S. dollar and the yen. The new legal framework also created some mandatory strictures around the regulation of cryptocurrency exchanges.

But the rapidly escalating tide of ICO activity has created another issue as regulators were faced with approving or denying ICO’s one at a time by examining each case within the guidelines of the law.

Furthermore, on September 24 it was revealed Japan’s FSA would intensify the scrutiny of bitcoin exchanges as well, beginning in October 2017. The Japan Times reported that officials had stated their intention to place exchanges under ‘full surveillance.’ An FSA executive stated, “We aim for sound market development,” explaining that the move would both foster the market and enforce regulations.

In the meantime, the Monetary Authority of Singapore (MAS), released a statement saying this it intends to regulate the sale of cryptocurrencies tied to products under their securities regulation. Like Japan, their main concern is the potential for money laundering and terrorist financing through ICO usage.

Similar guidelines issued by the US Securities and Exchange Commission (SEC) website urge buyers of digital tokens to exercise caution in terms of investment schemes that could be utilized for nefarious purposes.

At the end of the day, most regulators recognize that ICO bans can adversely impact the vast economic advantages they hold. It remains to be seen over the ensuing months what sort of lasting impact these actions might have on the global cryptocurrency ecosystem as a whole.