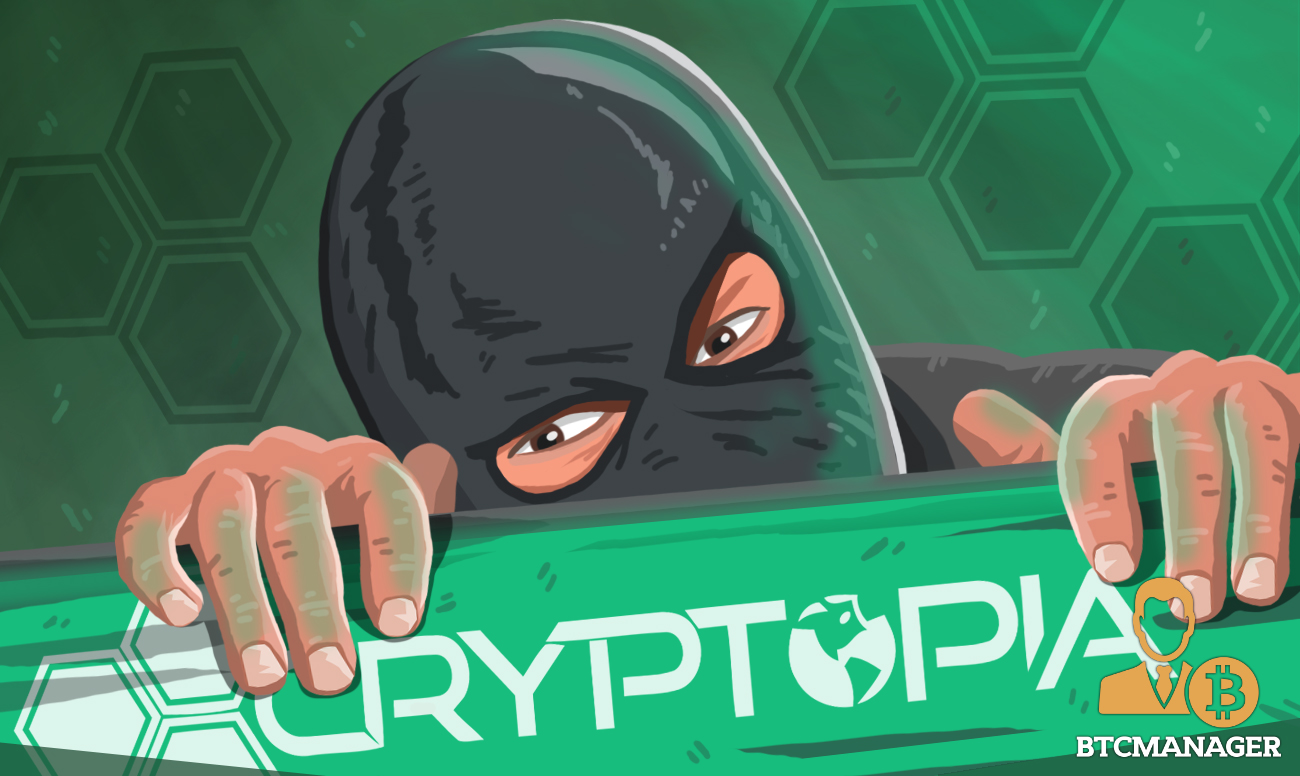 Cryptopia, a New Zealand-base cryptocurrency exchange, has suspended all services and gone offline after reporting a major hack that resulted in significant losses, the company announced in a tweet on January 15, 2019.

The new year doesn’t seem to have brought any relief to cryptocurrency exchanges, many of whom have fallen victim to major security breaches in 2018.

Cryptopia, a New Zealand-based cryptocurrency exchange focused on small-cap assets, has become the latest victim of such hack. While it’s still unclear why Cryptopia’s trade volumes are currently not listed on CoinMarketCap, the exchange lists over 800 different assets and supports small-scale crypto asset trading pairs.

According to an official statement from the company, the platform had suffered a security breach on January 14. The hack resulted in “significant losses,” company representatives said, apologizing to their users for the delays in service.

However, the breach reportedly happened on January 13, and the exchange initially informed its users that it was undergoing “unscheduled maintenance.” Several updates were also released in the meantime, but none of them provided any details about the reason for the maintenance.

The New Zealand Police and High Tech Crimes Unit have been notified and are currently investigating the matter as a major crime, the exchange said in its statement. Cryptopia’s website has since gone offline and all transactions were suspended.

News of Hack Met With Skepticism

Surprisingly, Cryptopia’s announcement was met with skepticism, as many Twitter users questioned the timing of the hack.

Interesting that this happens in a bear season where small exchanges are struggling to make ends meet and are aggressively messaging anyone involved with crypto projects to get them to pay listing fees to get listed on their platforms. pic.twitter.com/Vg44R4Dh5s

Other users have even investigated the recent transactions coming from Cryptopia, with some claiming the exchange transferred several millions of dollars worth of ETH out of its wallet the day before reporting the hack.

And while some have questioned the timing of the announcement, others have accused Cryptopia of exit scamming, saying that the hack was pre-planned. Ran Neuner, the host of CNBC’s CryptoTrader show, also commented on the issue, saying he was interested to see how the hack will play out.

Neuner questioned Cryptopia’s ability to refund its users given the current state of the market, saying that it could be one of the many smaller exchanges that won’t survive the crypto winter.