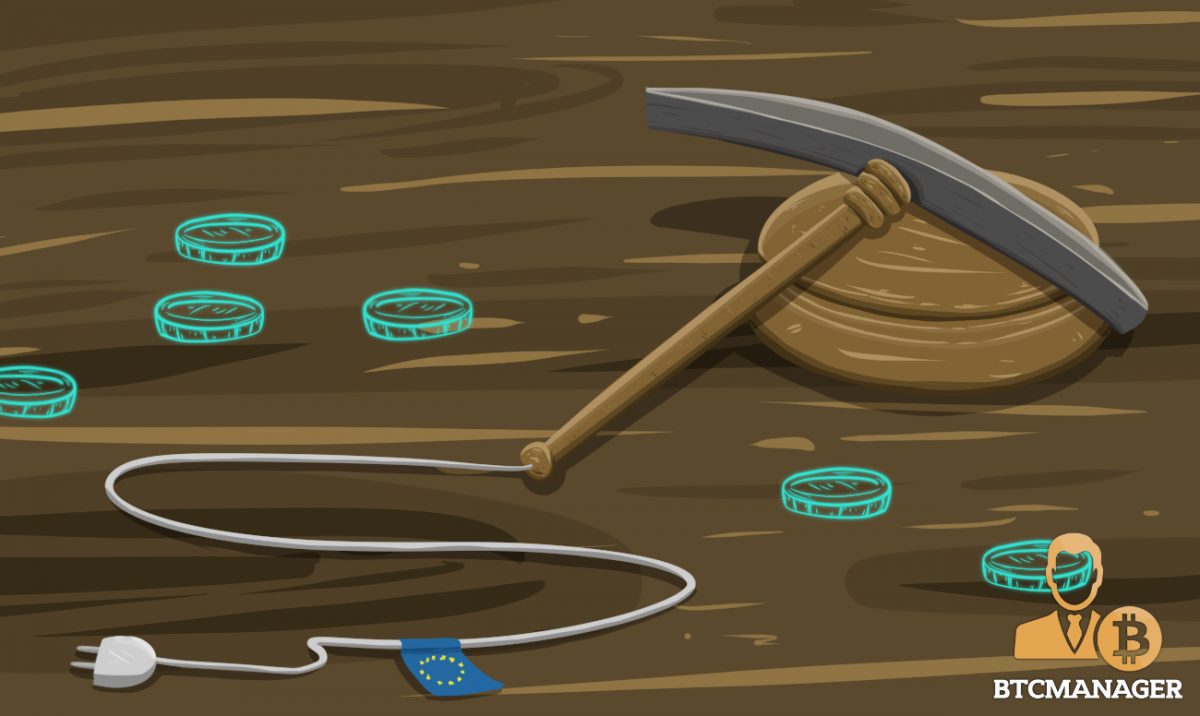 Commission Weighs in on Crypto

On March 9, 2018, Mariya Gabriel, a Bulgarian politician released a statement on behalf of the European Commission raising concerns about the growing electricity consumption required to mine cryptocurrencies.

As long as the means of energy consumption abide by the law, the Commission has no legal basis to ban or limit the activity.

Since it’s wholly legitimate and few parties have stepped out of legislative boundaries, the Commission has not yet tracked the number of cryptocurrency miners in the EU.

That being said the European Commission will continuously review its impact on energy demand and consumption moving forward.

It is also responsible for 0.25 percent of the world’s electricity consumption and produces as much electricity as Israel.

But just as this fact is startling, keep in mind the energy needed to manage servers for traditional payment processors, the big four technology companies, and the overall power required to uphold our internet-based lifestyles.

Gabriel recognizes that “the mining business model seems to be based on expectations of high valuation of the cryptocurrencies.”

Although Bitcoin’s price fell below $9,000 at the time of this article, cryptocurrency mining remains relatively popular as seen with the rise of crypto jacking. In Australia, employees were even caught using computers in the workplace to mine cryptocurrencies.

While the EU is uncertain of how many cryptocurrency miners are in the region, an influx of miners could, over time, cause higher electricity costs for everyday citizens.

A similar situation occurred in Plattsburgh, a municipality in America that proposed an 18-month temporary ban on cryptocurrency mining. The miners took up a significant share of the total available electricity consequently causing increases in electricity costs for locals in the area.

Although Gabriel’s concerns towards cryptocurrency mining are not far-fetched, it is Bitcoin’s Proof of Work (PoW) mining that is the primary area of interest.

#Ethereum's #energy consumption today is where #Bitcoin was a year ago. https://t.co/pjI8b9RzBe https://t.co/eYBJQohOym

If cryptocurrencies are to succeed in the future, their energy consumption needs to be clean, sustainable and environmentally friendly. While it’s uncertain what the European Commission will keep under review when it comes to cryptocurrency mining, there are many new developments in the cryptocurrency mining industry.

For example, Moonlight, an eco-friendly data center in Iceland, will create green energy rigs that would share the same strengths of other cryptocurrency mining rigs minus the environmental damage.

Despite the European Commission’s concerns for cryptocurrency mining and its impact on energy demand, Gabriel ended the parliamentary questions on a positive note.