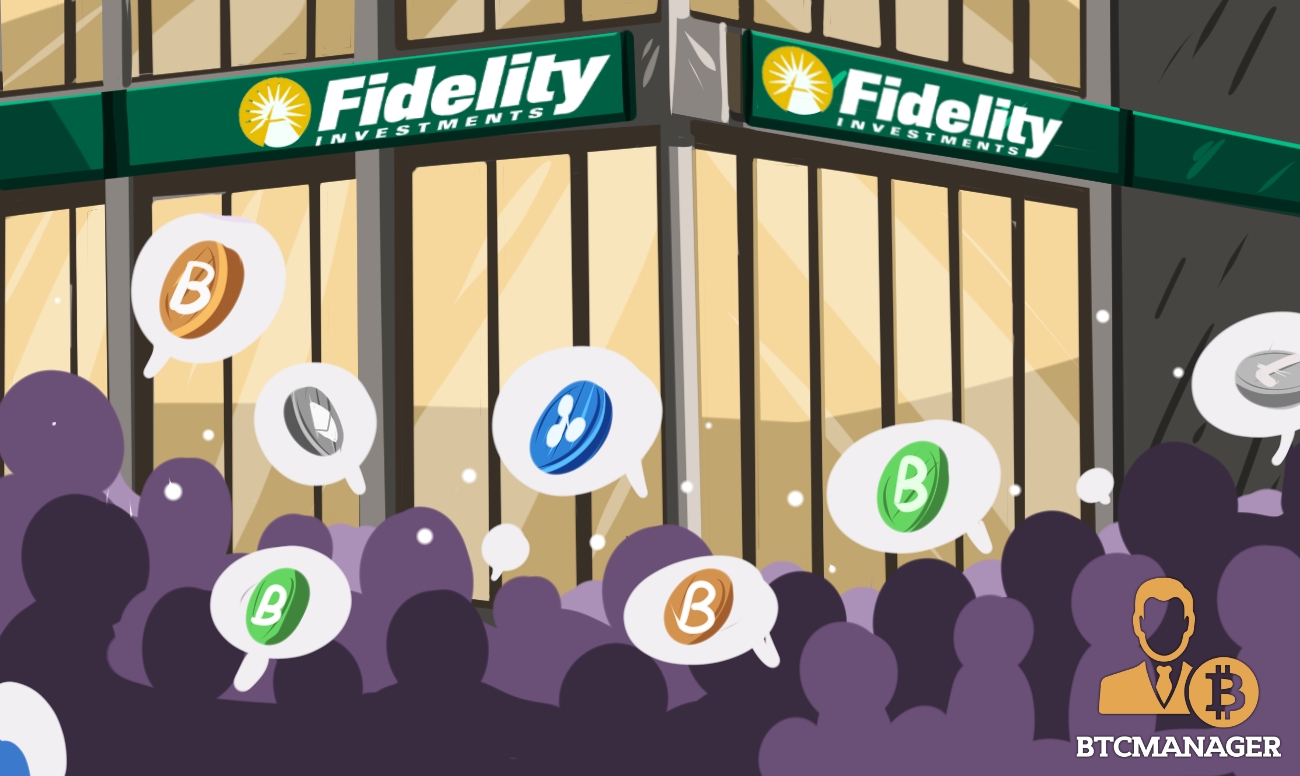 Fidelity Investments, a multinational financial services corporation that manages $7.2 trillion in assets announced the launch of Fidelity Digital Asset Services, a cryptocurrency custody and trading platform for institutional investors. According to a Forbes article published on October 16, 2018, Fidelity Investment’s jump into cryptocurrencies could help the broader financial industry embrace the emerging asset.

CNBC reported that Tom Jessop, the head of Fidelity Assets, stated that the idea of creating a separate cryptocurrency company began during the middle of 2017. Jessop mentioned that their goal was to make popular cryptocurrencies like bitcoin more easily and widely accessible to keen investors.

Although Fidelity is not going after retail investors, many believe that Fidelity’s entrance into the cryptocurrency sector could help legitimize the asset class and boost the validity of cryptocurrencies in general.

Jason Davis, the former senior UX Designer at Wells Fargo and CEO of Hoard, believes that, while Fidelity is only focussing on institutional investors at first, it won’t be long before it moves down to retail investors, a move that is evident with their previous investment products.

Fidelity Is Not Distracted By Short-Term Price Falls

Jessop said that the cryptocurrency project was a result of Fidelity Investments Chairman and CEO Abigail Johnson, whose interest was piqued by the emerging asset class. She expressed interest in cryptocurrencies as early as 2014. Jessop is also responsible for exploring multiple cryptocurrency initiatives including Bitcoin mining in New Hampshire when the token was approximately $180.

Fidelity has also partnered with Coinbase, the international cryptocurrency exchange, to allow their customers to view cryptocurrency balances on the financial company’s app. In 2015, Fidelity also started to provide charitable donations in cryptocurrencies.

While the cryptocurrency industry is going through a bearish stage, Fidelity is not distracted by its short-term price falls. Jessop sees cryptocurrencies as an emerging asset with great long-term potential, especially when it comes to transforming the existing financial industry.

“No one said when some of these early-stage Internet companies in 2000 were going out of business, ‘Gee the Internet is toast,’” said Jessop.

“We don’t focus too much on the price. It’s a foundational technology — people are trying to get exposure to the trend and expect volatility in the assets themselves.”